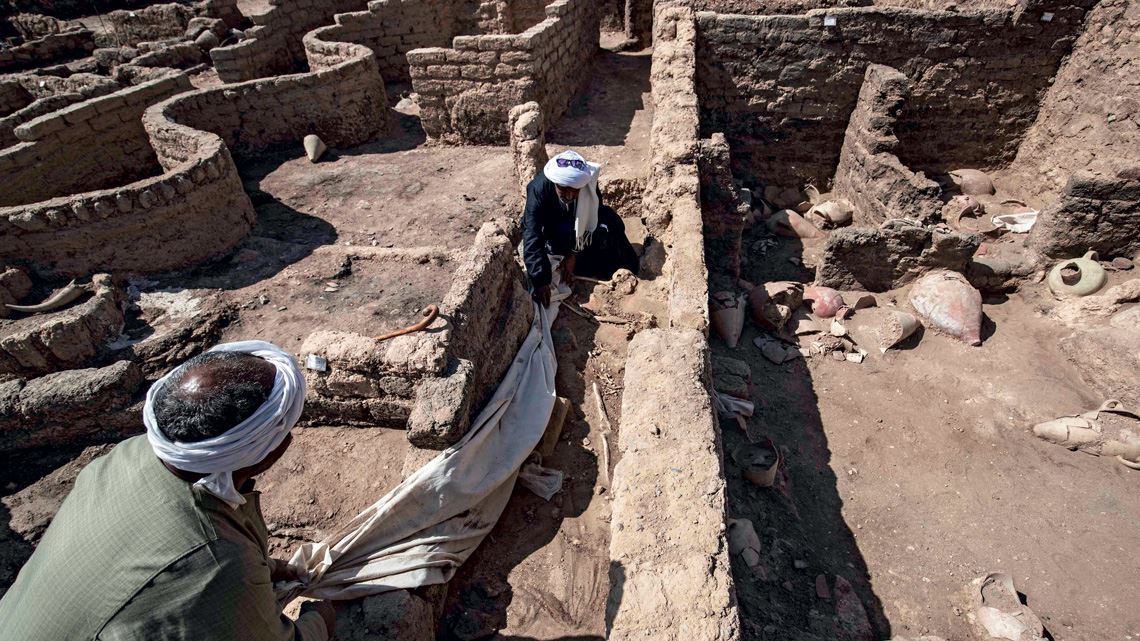 Workers at the archaeological site of Aten, a city from the era of Pharaoh Amenhotep III

In early April, archaeologists and the Egyptian government announced the discovery of a 3,000-year-old city, the largest ever unearthed in ancient Egypt. Evidence began to emerge in September 2020, during excavations between the mortuary temples of Kings Ramses III and Amunhotep III in an area near Luxor, 500 kilometers south of Cairo. A team led by Egyptian archaeologist Zahi Hawass, former secretary general of the Supreme Council of Antiquities, were searching for remnants of Tutankhamun’s mortuary temple, which has never been found, and ended up unearthing an entire city composed of three districts, with streets and buildings with intact walls, some up to 3 meters high. The city was identified as Aten, founded during the reign of Amenhotep III (1391–1353 BC) in the New Kingdom period, when Ancient Egypt was at its most prosperous. Aten may have been one of the empire’s main centers of administration and production, inhabited until the reign of Tutankhamun (1332–1323 BC). The findings in the city include a bakery, complete with intact ovens and pottery for storing bread, as well as a group of sealed stone tombs, similar to those found in the Valley of the Kings.