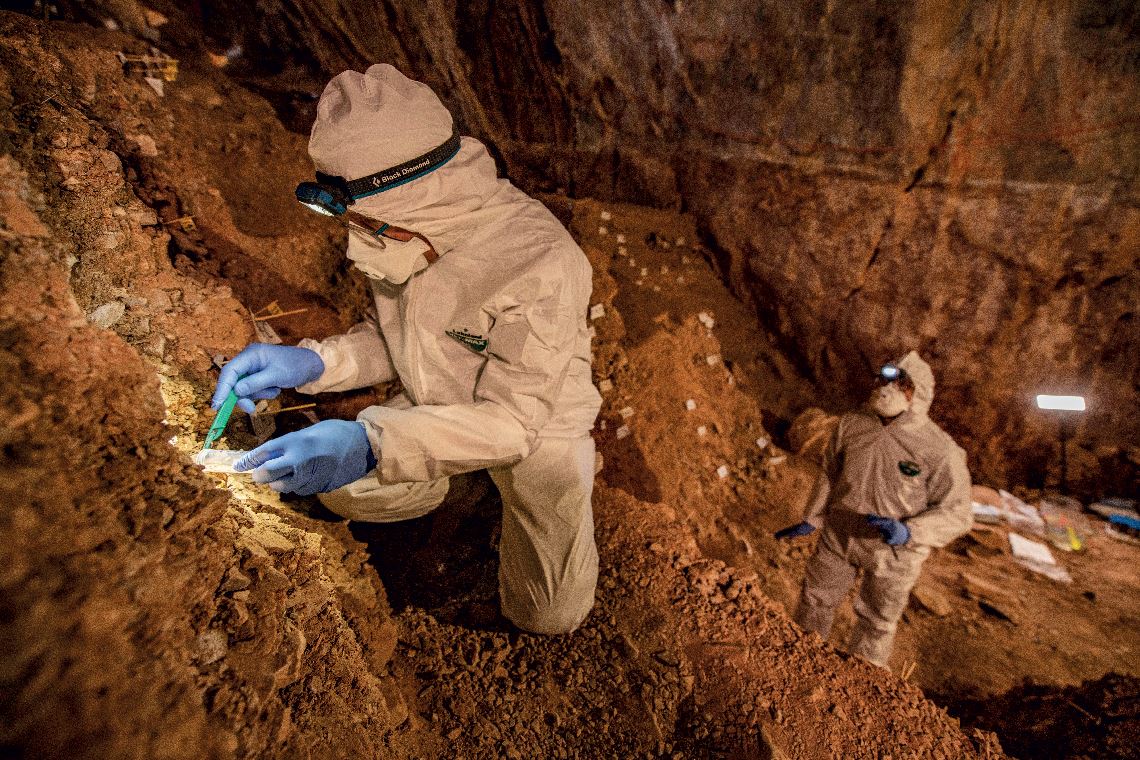 Sediment being collected in the Chiquihuite Cave, Mexico

Recent research has placed Mexico at the center of the debate on the arrival of modern man in the Americas, with repercussions that could increase the international recognition and prestige of Brazilian archaeological sites, such as those in the states of Piauí and Mato Grosso. According to two articles published in the scientific journal Nature at the end of July, one of which was participated in by researchers from the University of São Paulo (USP), stone artifacts found in the Chiquihuite Cave in northern Mexico suggest that Homo sapiens lived in the area around 33,000 years ago, before the beginning of the Last Glacial Maximum (LGM). The LGM, which lasted from 26,500 to 19,000 years ago, is the most recent time during the last glacial period that ice sheets were at their greatest extent worldwide. The studies indicate that the continent has been occupied by groups of humans for more than twice as long as traditionally proposed.

Although it has increasingly been questioned over the past few decades, the historically prevailing theory in North American archaeology is that the first group to establish itself on the continent was the Clovis culture, traces of which, including many bifacial spearheads, have been found at 13,000-year-old sites in the US state of New Mexico. Even before the recent findings in Mexico, signs of human presence on the continent over 18,000 years ago had been discovered in Monte Verde, Chile, and 20,000-year-old rocks modified by Homo sapiens had been found in Serra da Capivara, Piauí, and Santa Elina, Mato Grosso (see Pesquisa FAPESP issue no. 264). “These discoveries in Mexico corroborate our understanding of Brazilian sites from the same period,” says Brazilian archaeologist Águeda Vialou of the French National Museum of Natural History, who together with her husband, French archaeologist Denis Vialou, and other colleagues, carried out excavations at the Santa Elina rock shelter, about 80 kilometers northwest of the city of Cuiabá.

One of the studies published in Nature presented more than 1,900 stone artifacts (tips, blades, and flakes) that were shaped by human hands, found at the Chiquihuite Cave––an archaeological site located 2,700 meters above sea level in the Mexican state of Zacatecas. According to the authors of the article, the relics (alongside other forms of evidence, such as traces of plants, animals, and fires) indicate that the location was intermittently occupied between 30,000 and 13,000 years ago. “The cave was probably used for shelter in winter or summer by different groups, not as a permanent home,” archaeologist and lead author of the article Ciprian Ardelean, from the Autonomous University of Zacatecas, Mexico, and the University of Exeter, UK, said in an interview with Pesquisa FAPESP. “The temperature inside is constant, at around 12 degrees Celsius [ºC] regardless of external conditions.” No human bones or DNA were found in Chiquihuite. 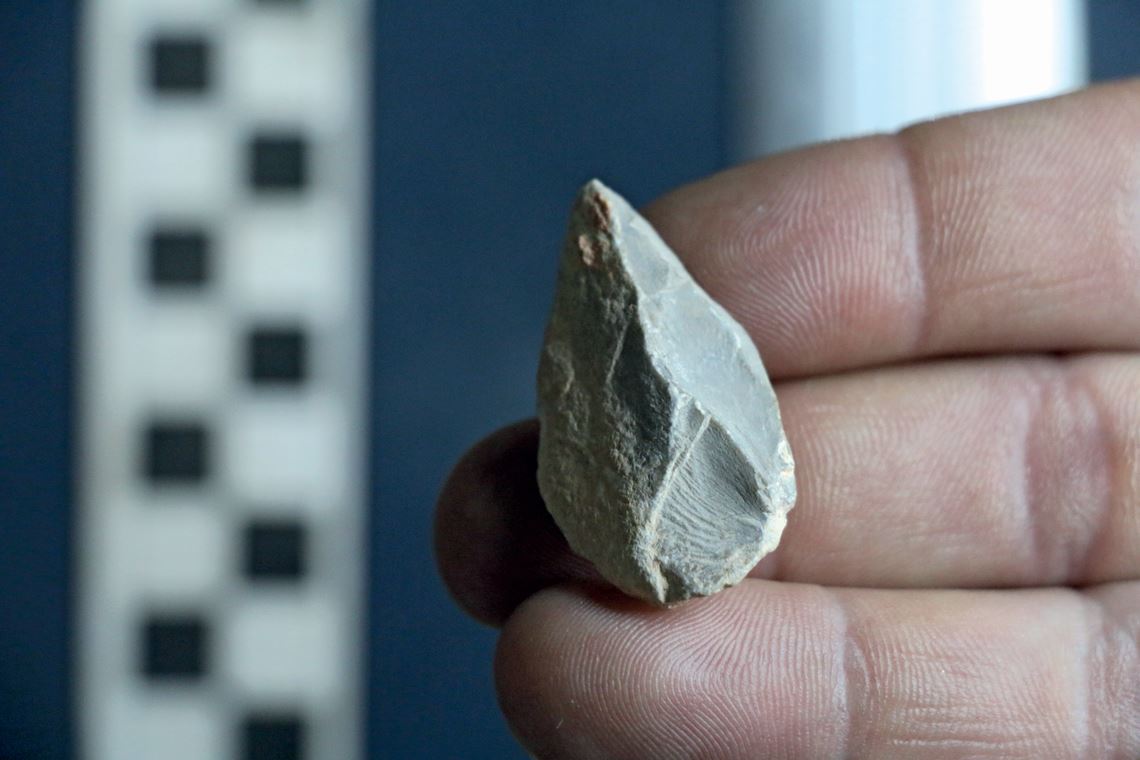 One of the 1,900 stone artifacts shaped by human handsCiprian Ardelean

First excavated in 2012 and more recently between 2016 and 2017, the cave provides evidence that human groups inhabited the mountainous region before, during, and after the LGM. The area is difficult to access, and is now dominated by drug traffickers. Ardelean and his colleagues acknowledge that the presence of Native Americans in the cave would not have been frequent before the LGM (they found few stone artifacts over 26,500 years old), but maintain that the evidence is consistent with occupation in the very distant past. The researchers dated 49 samples of sediment, animal bones, and fire coals found inside the shelter.

British archaeologist Jennifer Watling, who is part of the FAPESP Young Investigator Award program at USP’s Museum of Archaeology and Ethnology (MAE), is one of the 28 coauthors of the study, alongside paleoecologist Paulo Eduardo de Oliveira, from the Micropaleontology Laboratory at USP’s Institute of Geosciences (IGC), and palynologist Vanda Brito de Medeiros, whose PhD was supervised by Oliveira. The three researchers from the University of São Paulo reconstructed the plants that likely grew in or were taken into the cave using traces of pollen and phytoliths, microscopic structures composed of silicon dioxide that are preserved as evidence long after plants die. As well as the phytoliths being darker than usual (a clue that fires may have been lit inside the shelter), palm residues were also found in the cave. Palms were often used by human beings and are highly unlikely to have found their way into the cave by natural means. “Today, there are very few palm trees in the region. It is safe to assume that in that colder era, their natural habitat was even further away,” says Watling.

The authors of the Mexico study avoid speculating about where the people who spent time in the cave came from and where they went. The second paper published in Nature suggests some potential answers to that question. This study involved a statistical analysis of dates obtained from 42 archaeological sites in North America (including the cave in Zacatecas) and what used to be Beringia, a region that connected Siberia in Russia to Alaska in the USA (now known as the Bering Strait). The sites provided an approximate timeline for the occupation of different parts of the region and also indicate that human groups occupied the area before, during, and after the LGM, at least 30,000 years ago. 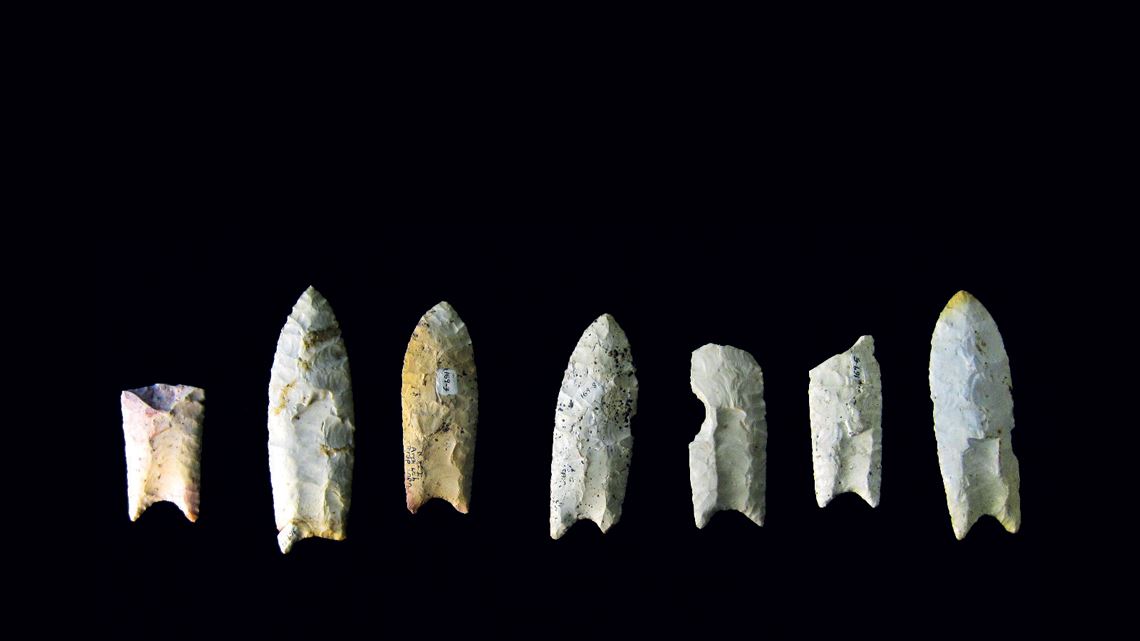 Spearheads produced by the Clovis culture, which occupied what is now the US state of New Mexico around 13,000 years agoBill Whittaker / Wikimedia Commons

But it was only after significant climate change that human presence grew more widespread. North America was only fully populated about 15,000 years ago, when temperatures rose at the end of the Ice Age. “Three major stonework traditions expanded at that time, almost in synchronicity: the Clovis, Beringian, and Western cultures,” explains the lead author of the study, Chilean archaeologist Lorena Becerra-Valdivia, from the University of New Wales South, Australia, and the University of Oxford, UK. The stone artifacts found in the Mexican cave, however, do not appear to be related to any of these three lithic cultures. Before the discovery in the Chiquihuite Cave, only one site in North America, the Bluefish Caves in Canada, showed evidence of human occupation as long as 24,000 years ago, and the findings, which included thousands of broken animal bones and remnants of lithic industry, were the subject of much dispute.

According to Becerra-Valdivia, the settlement of North America around 15,000 years ago may have contributed to the disappearance of many megafauna species, such as mammoths and some species of camels and horses, although the influence of climate change cannot be ruled out. “Our work suggests that the initial dispersal of human groups around the continent occurred between 57,000 and 29,000 years ago, when Beringia was completely or partially underwater,” explains the archaeologist. If the hypothesis is correct, it supports the alternative theory that the first waves of Homo sapiens entered North America on the Pacific coast, before migrating south along the shoreline. It is not an easy idea to prove, since rising sea levels have submerged archaeological sites along the coastal route that they would have taken.

Sites without well-preserved Homo sapiens skeletons, which can be accurately dated, are almost always subject to debate. The older the site, the more this is the case. In these situations, researchers have to date human presence indirectly. A common approach is to establish a timeline using the age of the geological layers where animal bones and manmade objects such as stone artifacts are found, or to date organic remnants of occupation, such as fires or day-to-day waste produced by humans. Human skeletons have been found in the Capivara mountain range in Piauí, Brazil, an area abundant with cave paintings, but the oldest, nicknamed Zuzu, is at most 10,000 years old, while the lithic relics suggest a much older human presence . 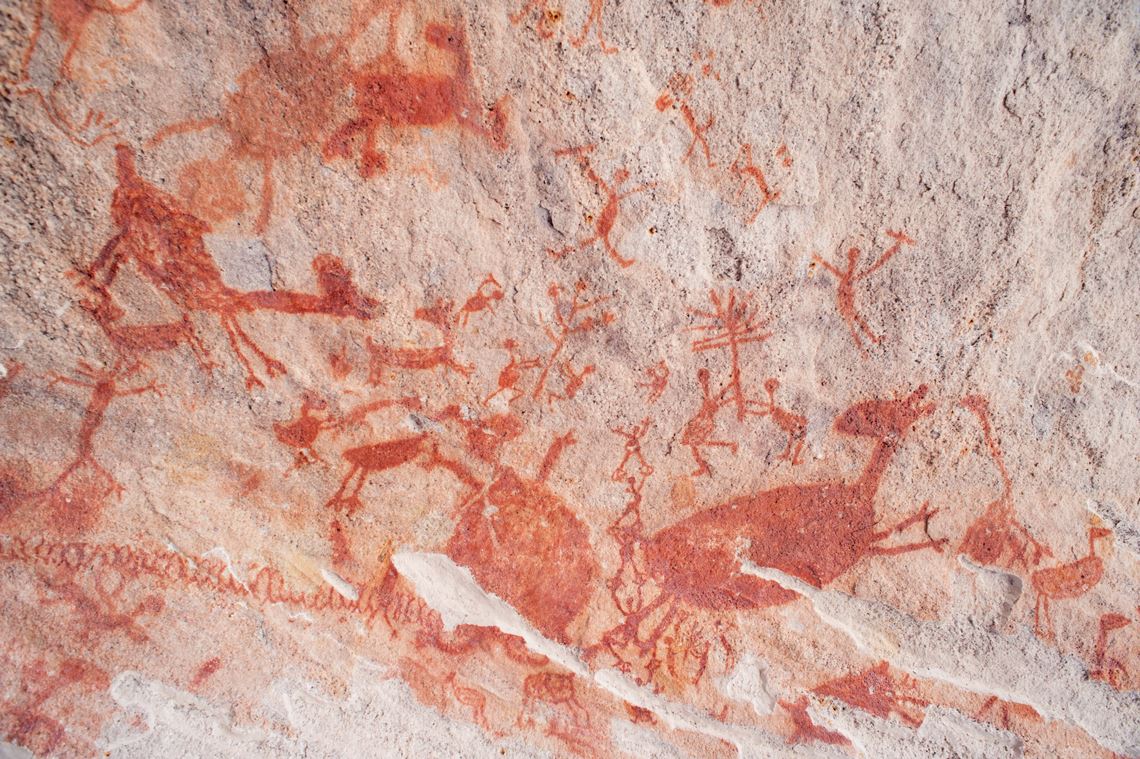 It is not only Brazilian researchers who recognize that South American sites deserve closer scrutiny, with many scholars from the Northern Hemisphere renewing their interest in the light of the evidence found in the Chiquihuite Cave. “Six Brazilian archaeological sites dated as older than 20,000 years, five in the center of the state of Piauí and one in central Mato Grosso [the Santa Elina Rock Shelter], although expertly excavated and analyzed, are commonly disputed or simply ignored by most archaeologists as being much too old to be real,” writes Ruth Gruhn, professor emerita in the Department of Anthropology at the University of Alberta, Canada, in a commentary article also published in Nature in July. “The findings at Chiquihuite Cave will bring about fresh consideration of this issue.”

Archaeologist Eduardo Góes Neves, from MAE, who did not participate in the studies published in Nature, highlights that the evidence from Mexico, Piauí, Mato Grosso, and elsewhere shines a spotlight on another problem related to the settlement of the Americas. “Genetic studies indicate that humans arrived in the Americas more recently, at most around 18,000 years ago,” comments Góes Neves, a specialist in Amazonian archaeology. In his view, this mismatch between archaeology and molecular biology could be explained in two ways. “Either molecular techniques need to be further refined, or ancient populations have not left a perceptible genetic record in contemporary populations,” says the archaeologist.