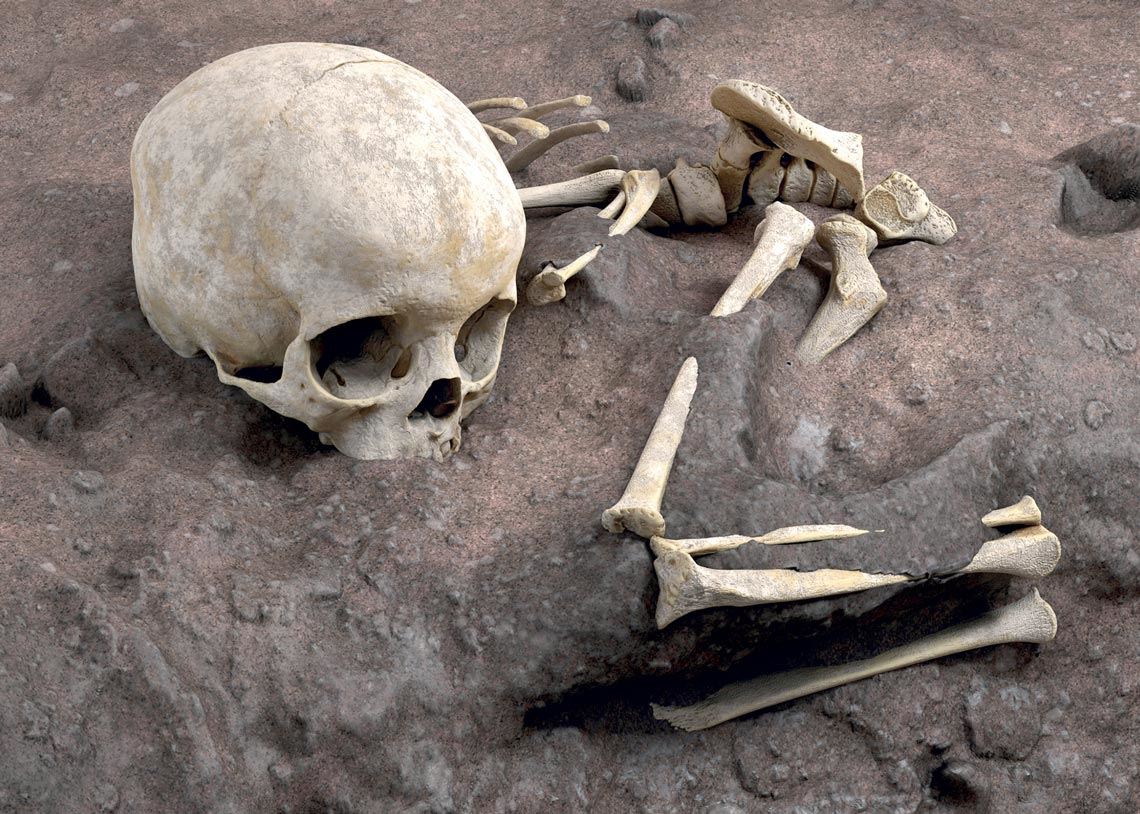 The oldest known burial by modern humans (homo sapiens) in Africa took place about 78,000 years ago. The individual was a child aged between 2.5 and 3 years old when he died. A group led by Michael Petraglia, from the Max Planck Institute for the Science of Human History in Germany, found a fossil called Mtoto (the Swahili for child) during excavations started in the Panga ya Saidi cave in southern Kenya in 2014. Analysis of the sediments in the grave and the surrounding layers indicate that it was dug deliberately. The way the original position of the body was preserved and the characteristics of its degradation also suggest that it was placed in the grave shortly after death (Nature, May 5). Although Africa is considered the cradle of H. sapiens, evidence of burials there is rare and hotly debated. There are signs of earlier intentional burials by modern humans and Neanderthals in Eurasia.