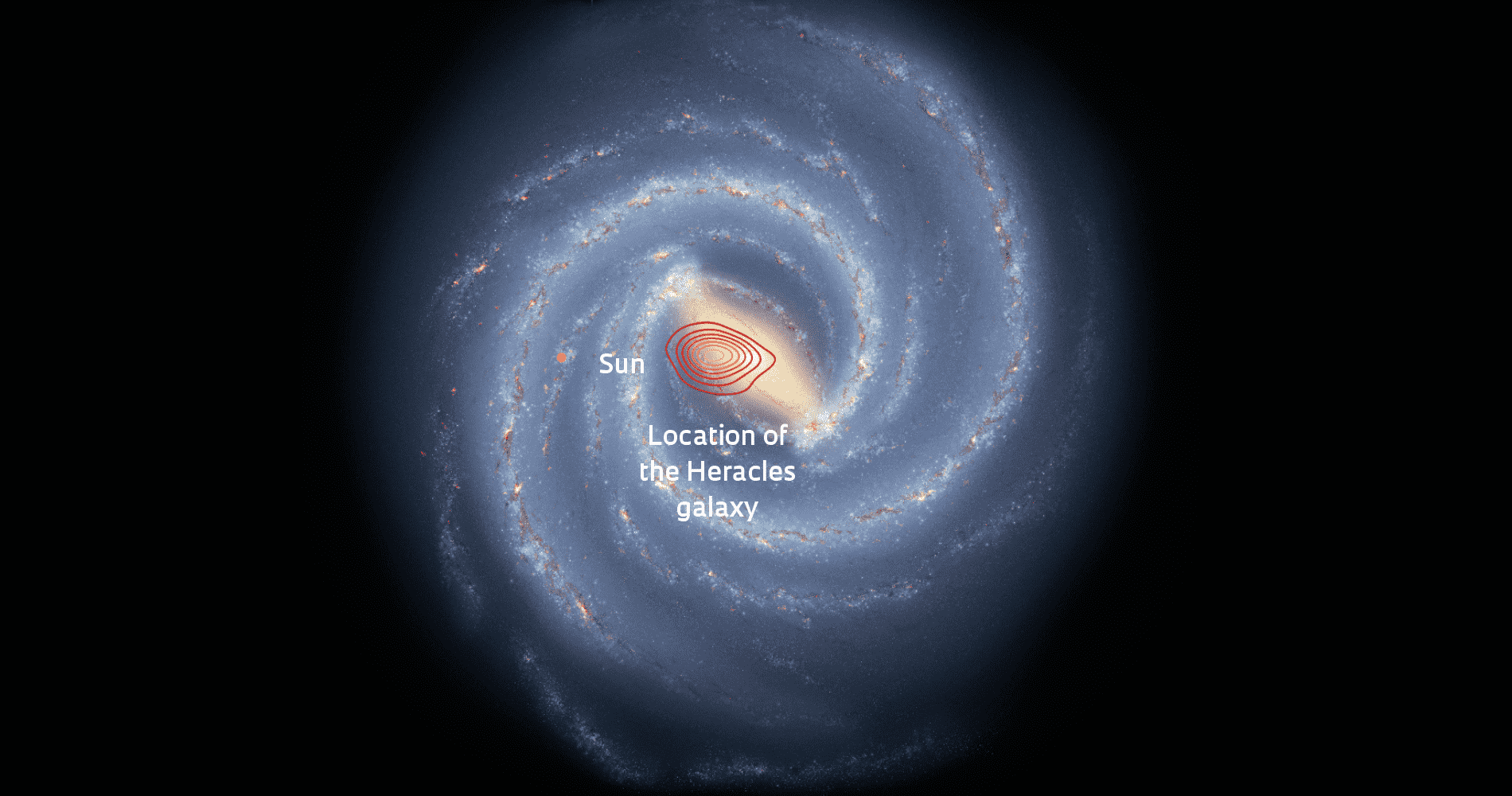 In the center of the Milky Way lie the remains of another galaxy that it cannibalized some 10 billion years ago. The galactic fossil was identified by researchers analyzing data from the Sloan Digital Sky Survey (SDSS), which has mapped about a third of the sky and almost one billion objects in the Milky Way and beyond. The structure was named after Heracles, the Greek equivalent to the Roman hero Hercules. It is estimated that Heracles originally had a mass of 500 million suns and its remains account for almost a third of the material in the Milky Way’s galactic halo, a spherical structure that surrounds its central bulge and part of its arms (Monthly Notices of the Royal Astronomical Society, November 20). “To find a fossil galaxy like this one, we had to look at the detailed chemical makeup and motions of tens of thousands of stars,” Brazilian astrophysicist Ricardo Schiavon of Liverpool John Moores University, UK, one of the authors of the study, said in a press release.