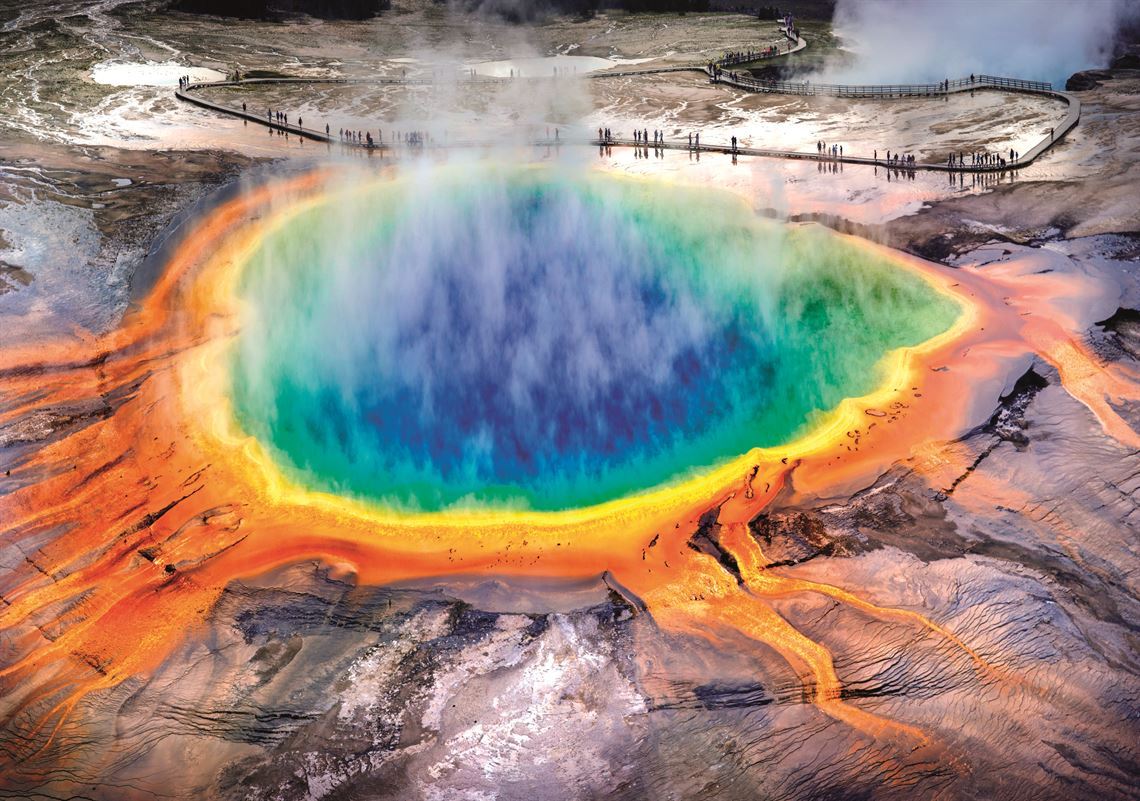 Grand Prismatic Spring, the largest hydrothermal spring in Yellowstone National Park, heated by the plume of a supervolcano

One of the largest volcanic eruptions to have left a record on Earth occurred 8.7 million years ago in the region that is now the states of Idaho and Nevada, in the northwestern USA. The colossal event launched at least 2,800 cubic kilometers (km3) of lava and ash over the area (Geology, June 1). The eruption was caused by a supervolcano, fed by rising plumes of hot material coming from deep within the planet (the mantle). These mantle plumes create a hotspot, now located below Yellowstone National Park. As the North American tectonic plate moves above this hotspot, the volcano’s surface activity also moves—it currently feeds Yellowstone’s hot springs and geysers. Thomas Knott, a geochemist at the University of Leicester in the United Kingdom, and his colleagues identified this mega-eruption, called Grey’s Landing, by meticulously comparing the composition and age of rocks spread over an area equivalent to the Brazilian state of Sergipe, which were previously believed to have been produced by smaller, independent events. The eruption that generated the enormous lava flow had a magnitude of 8.8, on a scale with a maximum of 10. Knott’s group also identified another eruption, known as the McMullen Creek eruption, which occurred 9 million years ago and reached a magnitude of 8.6, spilling 1,700 km3 of lava.