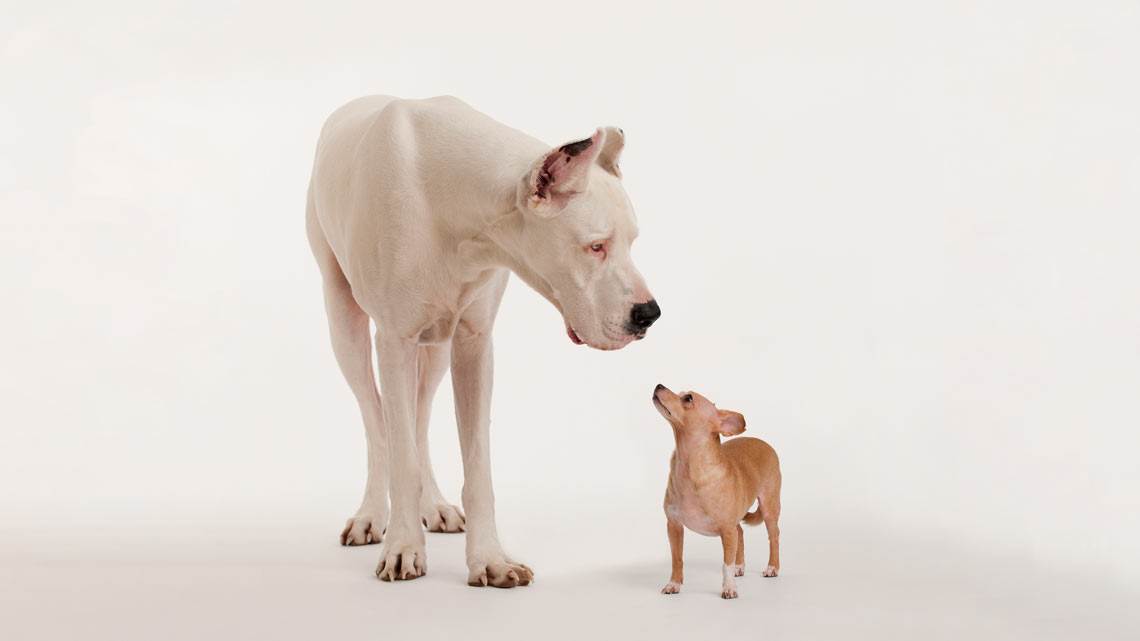 Size differences among dog breeds, determined by 25 genes, can vary by up to 40 times

Dogs have one of the widest known size variations of any mammal. Very large breeds, such as the Great Dane, can be up to 40 times larger than very small ones, like Chihuahuas. Most evolutionists believe dogs became smaller due to domestication, a process that began 20,000 years ago. The theory is that humans were more likely to have wanted small dogs around, so they selected the smaller ones for breeding. Now, a group led by Elaine Ostrander, a geneticist from the US National Human Genome Research Institute, has discovered a different side to the story. The researchers analyzed the genomes of 230 dog breeds (Canis lupus familiaris) and 12 other species of the canid family, including wolves, foxes, and coyotes. They found that a genetic variant associated with smaller size already existed in the steppe wolf (Canis lupus campestris) 54,000 years ago. The same variant was found in coyotes, foxes, jackals, and other canids, suggesting that it was inherited from a common ancestor (Current Biology, January 27). It occurs in a region of the genome that controls expression of the IGF-1 gene, which produces an important growth hormone.