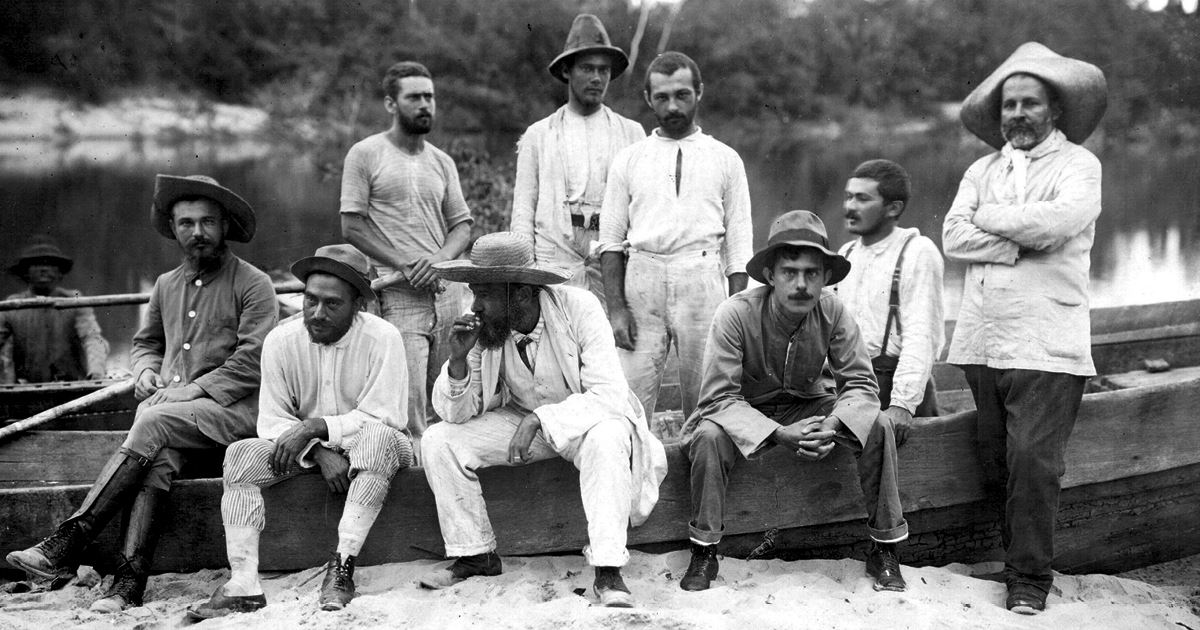 Physician Astrogildo Machado (seated, hands clasped) on a sanitary expedition in 1911 to the São Francisco and Tocantins river basins, in northern Brazil

A novel infectious disease originating from China has found its way to Brazil. Scientists know relatively little about the disease, but are making successive discoveries as it continues its global spread. It’s the late nineteenth century, and the bubonic plague has hit the port city of Santos, on the coast of the state of São Paulo. The country is in dire need of a vaccine to protect its citizens.

In 1900, the Brazilian government responded to the bubonic pandemic by creating the Federal Serum Therapy Institute in Manguinhos, a northern district of Rio de Janeiro, on an abandoned farm overlooking Guanabara Bay. The new Institute was headed by Baron Pedro Afonso, who owned and was then producing smallpox vaccines at the Municipal Vaccine Institute. He invited Oswaldo Gonçalves Cruz (1872–1917), a 28-year-old serology and microbiology researcher at the Pasteur Institute in Paris, to join him as technical director. The next year, São Paulo’s governor created Instituto Serumtherapico (the Serum Therapy Institute), now renamed Instituto Butantan (the Butantan Institute), with a similar mandate.

Within six months, the Federal Serum Therapy Institute delivered its first doses of serum for treatment and a vaccine to prevent the bubonic plague. But the Institute’s managers had differing views about its future. According to historian Jaime Larry Benchimol, a researcher at Casa de Oswaldo Cruz (COC-FIOCRUZ), the young scientist envisaged an institute that also engaged in education and research, modeled after the Pasteur Institute in France. But his vision was at odds with that of the Baron, who ultimately left the Institute in 1902. 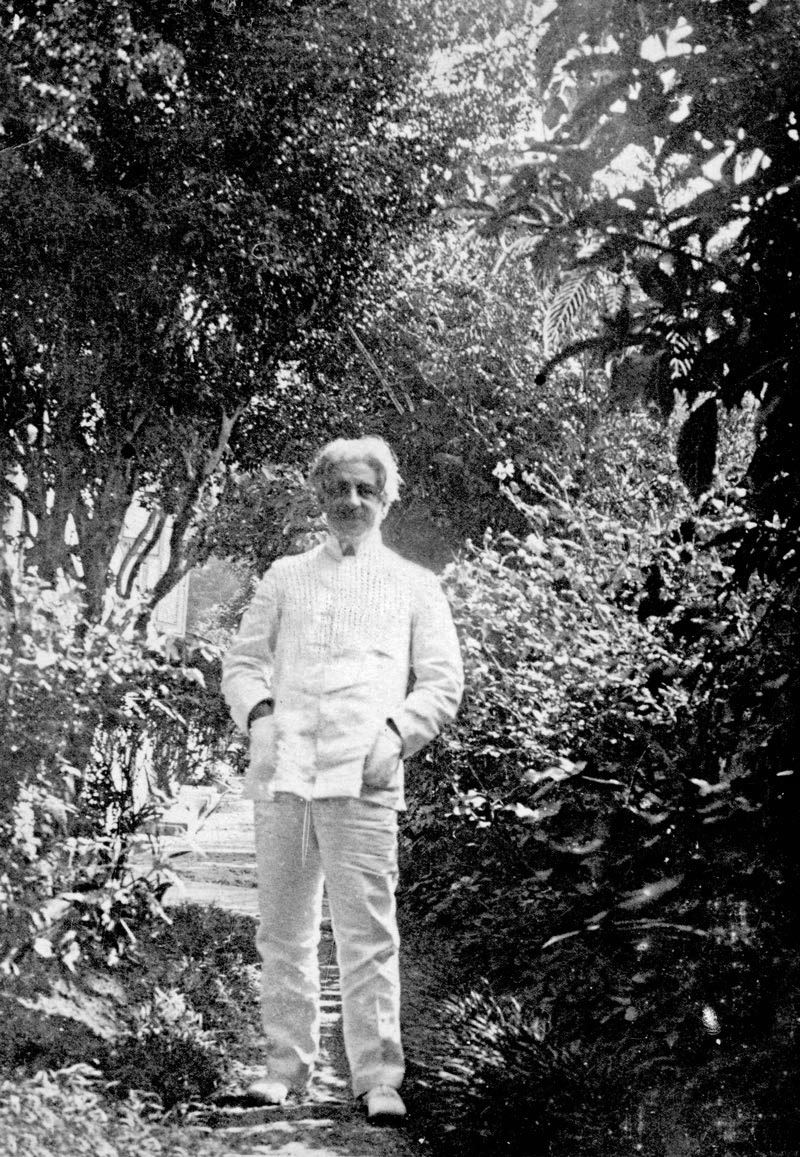 Oswaldo Cruz replaced him as head of the facility, and a year later was appointed chief of the General Directorate of Public Health (DGSP). There, he started a large-scale effort against the three biggest public-health threats facing early twentieth-century Brazil: the bubonic plague, smallpox, and yellow fever. He made case reporting mandatory, and launched a campaign to eradicate rats, the carriers of the fleas which spread the bacterium Yersinia pestis. Teams of health surveillance agents were deployed to hunt for rodents, while the DGSP offered residents small cash payments in exchange for rats, dead or alive. Rio de Janeiro’s poor soon made hunting rodents their livelihood, with some fraudulently breeding rats for sale to the government.

From riot to recognition
Oswaldo Cruz’s strategy against yellow fever was to eliminate breeding sites for the mosquito Stegomyia fasciata (later renamed Aedes aegypti), which Cuban physician Carlos Finlay (1833–1915) had identified 20 years prior as the vector of the disease. Initially attracting little attention from the international medical community, his theory would only gain acceptance in 1900—the same year the Institute was created—when germ theory superseded the previously popular miasma theory, or the belief that diseases are caused by foul air.

Cruz divided the city into 10 sanitary districts, each under the oversight of a health officer, and introduced strict sanitary regulations that imposed fines for the owners of properties found to pose a health hazard. The sanitarian’s efforts became the subject of jokes and political cartoons, and earned him the jocular nickname “Captain Mosquito Killer.” But humor soon turned into public outcry against the “sanitary police”, who could enter people’s homes without permission from homeowners, and even remove sick people against their will. Public outrage escalated into a riot in 1904 when the smallpox vaccine became mandatory. 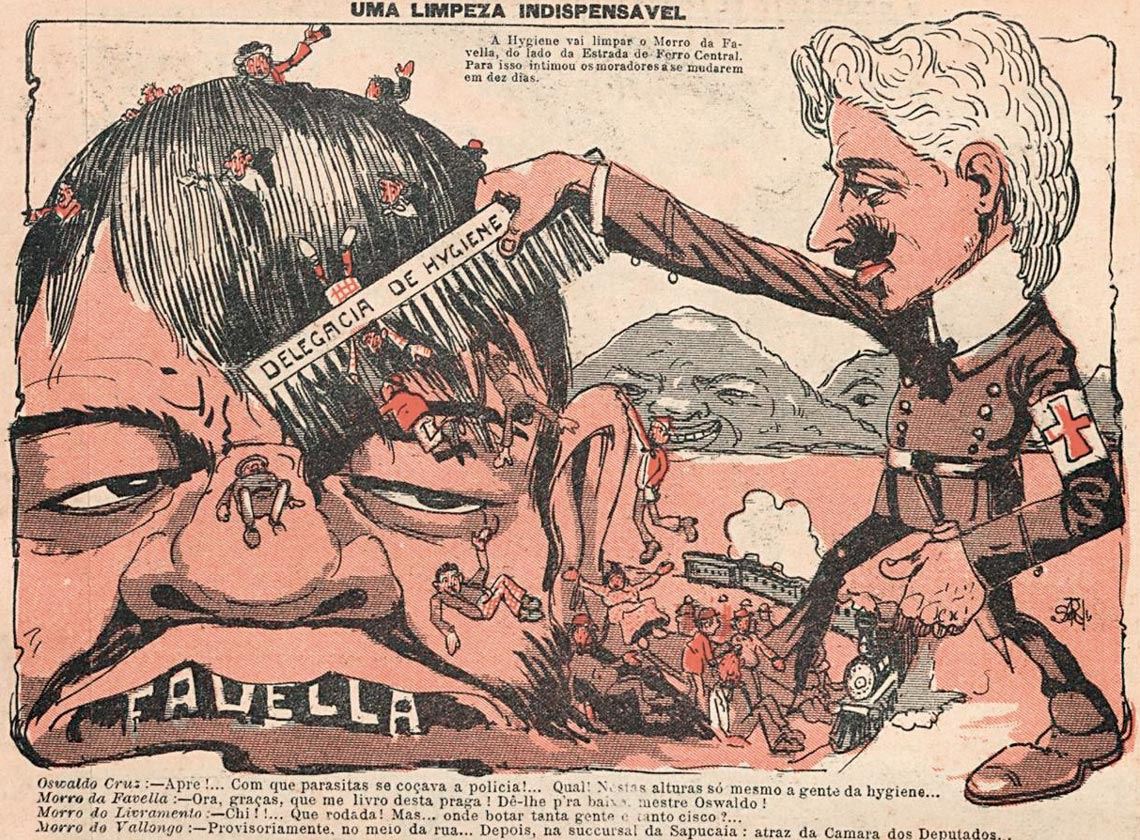 The measure, says Benchimol, was met with broad opposition: from positivists who opposed the state’s curtailing of individual liberties, to people who feared the vaccine could make them look like oxen, as it was produced from material collected from cattle with cowpox, a bovine disease similar to smallpox. The day after the measure was introduced, rioters took to the streets and had to be contained by the police. The riots lasted approximately one week, resulting in 30 deaths, 110 injuries, and 945 arrests. “The populace paid a twofold price: not only did they endure harsh repression, but in 1908 they suffered from a smallpox epidemic that killed almost 6,400 people,” recounts Benchimol.

“But the same country that rioted over a vaccine later created one of the most robust immunization programs in the world, successfully eradicating several diseases,” says FIOCRUZ Chairwoman Nísia Trindade Lima. “The recent measles outbreak, however, is a timely reminder that these accomplishments can’t be taken for granted.” 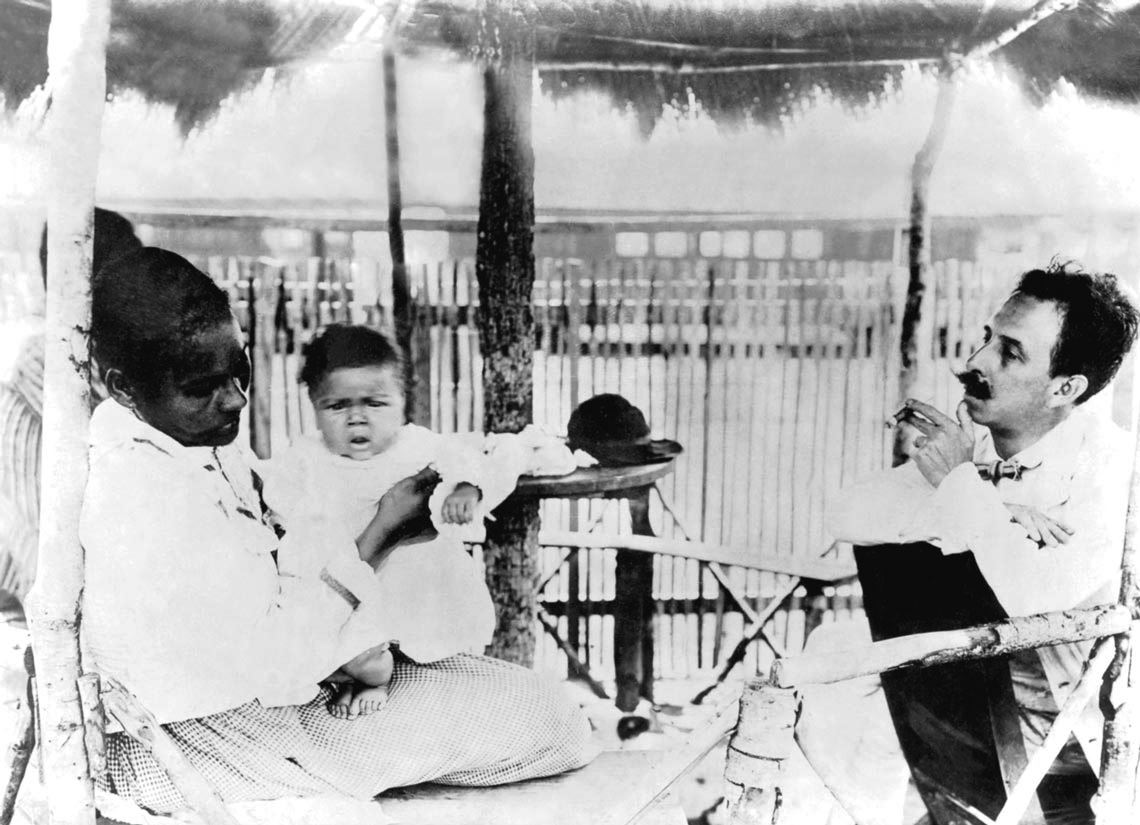 Carlos Chagas in Lassance (1909), Minas Gerais, observing young Rita, one of the first identified cases of the disease that would bear his nameCasa de Oswaldo Cruz Archives / FIOCRUZ

Despite the opposition they had to contend with, the teams led by Oswaldo Cruz succeeded in curbing all three epidemics. In 1907, the yellow fever epidemic in Rio de Janeiro was declared contained, a feat that earned Cruz international recognition, including a gold medal in the 14th International Congress of Hygiene and Demography in Berlin, Germany. In 1908, the Institute was renamed after its director, who would retain his position until 1916.

Researchers at the Institute soon began to receive invitations to assist in efforts against diseases affecting remote areas of Brazil. Scientific expeditions were dispatched to several states. It was during a 1909 expedition to the northern portion of Minas Gerais, in the small town of São Gonçalo das Tabocas (present-day Lassance), that Carlos Chagas (1879–1934) discovered American trypanosomiasis, or Chagas disease.  In a tropical medicine “triple play”, he identified the protozoan that causes the disease, naming it Trypanosoma cruzi in honor of Oswaldo Cruz; the insect vector (kissing bugs); and the clinical characteristics of the illness, then often mistaken for malaria or hookworm infection. More than 80 years later, in 1990, a test kit for diagnosing the disease would lead to FIOCRUZ’s first international patent.

As the Institute’s prestige continued to rise, so did the walls of the new building that would house it. Cruz envisaged a veritable monument to science—a “Palace of Science”. Construction of the facility began in 1905 and ended in 1918. Fashioned in Moorish style, the Palace of Manguinhos was built with bricks from France, lamps from Germany, and plumbing fixtures from England. “He wanted to construct something grandiose to symbolize the scale of public-health support. The facility’s grandiosity has a symbolic meaning,” says infectious-disease specialist Miriam Tendler of the building that has been a part of her life for almost 50 years.

As a researcher at the Oswaldo Cruz Institute’s Experimental Schistosomiasis Laboratory (IOC-FIOCRUZ), Tendler is heir to the pioneering research of physician Adolfo Lutz (1855–1940), who in 1908, at the age of 53, left the Bacteriological Institute of São Paulo (now renamed the Adolfo Lutz Institute) to join IOC. Over the next 32 years, he produced important research in medical zoology, including seminal studies on schistosomiasis and its agent, Schistosoma mansoni, whose genome would be mapped in 2003 by researchers in São Paulo. 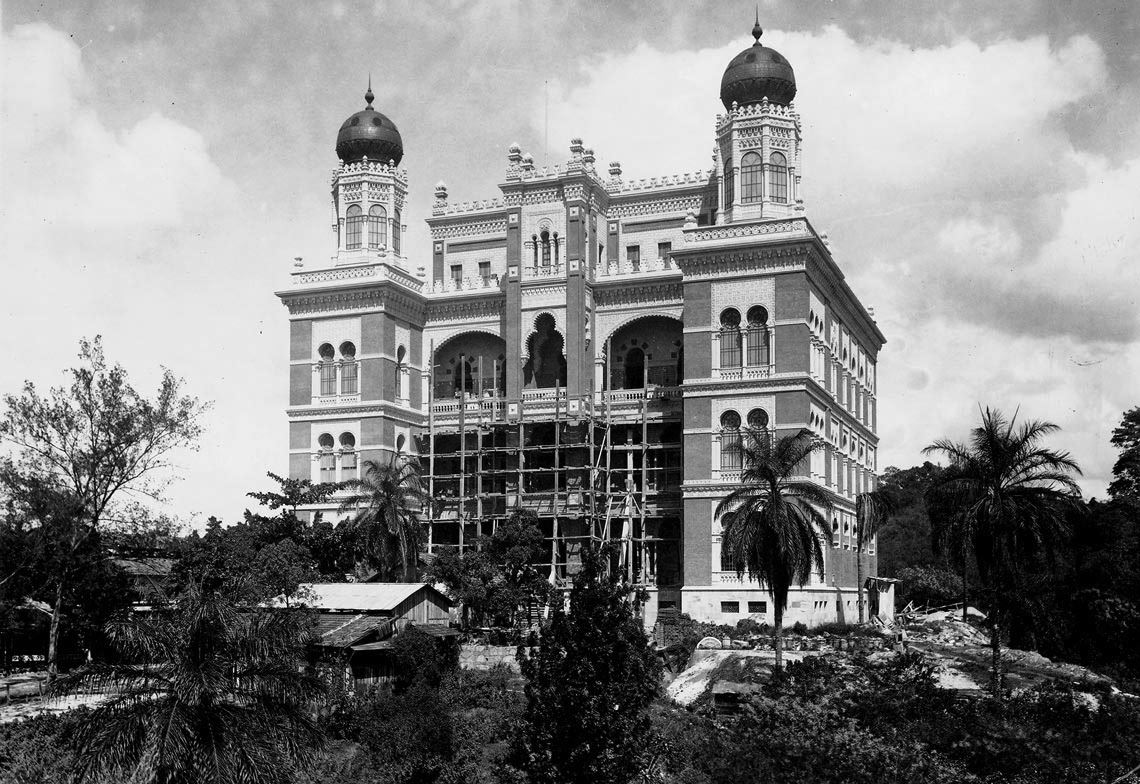 In 1975, Tendler began work on a schistosomiasis vaccine that is now undergoing final clinical trials in Senegal, Africa, an endemic region for two species of Schistosoma. The vaccine was tested on about 100 adult volunteers in 2017 and later on 110 child volunteers, with one-year follow-up to demonstrate effectiveness. A final, large-scale trial will run until 2022.

Producing vaccines is just one of several strategies that can be used in fighting an infectious disease, and Brazil’s success in containing the spread of AIDS is an example of this. After the first cases were officially reported in 1981 in the US—although there had been previous cases in Central Africa, the likely origin of the virus—in 1987 IOC researchers isolated human immunodeficiency virus type 1, HIV-1, for the first time in Latin America. 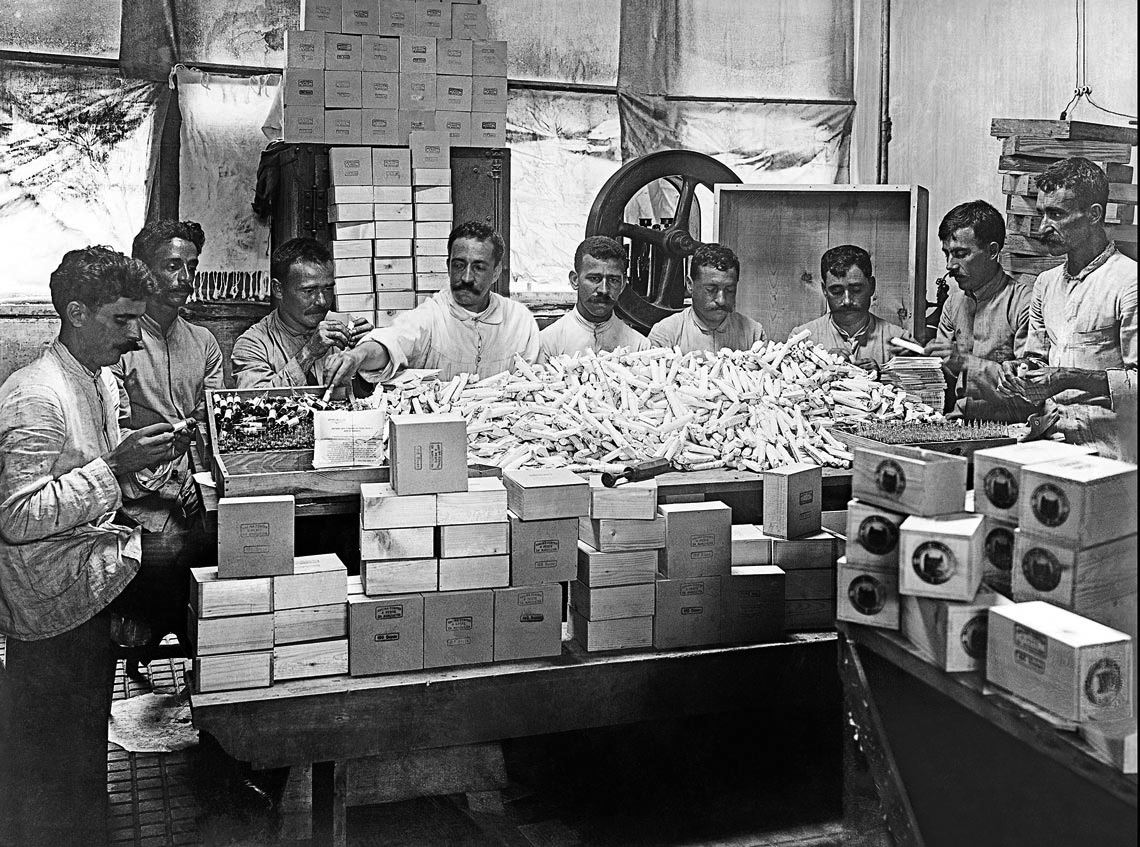 And while a vaccine for HIV has yet to be created, advances in the development of antiretroviral drugs and their free distribution by Brazil’s National Healthcare System (SUS), coupled with massive prevention awareness campaigns, have helped the country to successfully contain the AIDS epidemic. FIOCRUZ has been actively engaged on all fronts: research, teaching, outreach, producing test kits, and manufacturing antiviral drugs. The Pharmaceuticals Technology Institute (Farmanguinhos) produces 8 of the 23 drugs used in the so-called anti-HIV cocktail.

Efforts to control another disease with no vaccine won Celina Turchi, a physician and researcher at the Aggeu Magalhães Institute (FIOCRUZ Pernambuco), several important accolades. Her research in response to the Zika epidemic and the resulting cases of neonatal microcephaly led to her being listed among Nature’s 10—an annual listicle of “ten people who mattered in science”—in 2016. The following year, Time magazine listed her as one of the 100 most influential people in the world in science. And in 2018, a study by the Microcephaly Epidemic Research Group (MERG), which Turchi created and coordinates, received a Péter Murányi Award as the first epidemiological study to establish a link between the Zika outbreak and the sharp rise in microcephaly cases in northeastern Brazil in 2015. Turchi formed MERG, an international research network of specialists in different fields and institutions, after microcephaly cases were first reported in babies whose mothers had contracted Zika in the first trimester of pregnancy.  In just three months, the group was able to demonstrate a direct link between Zika and microcephaly. 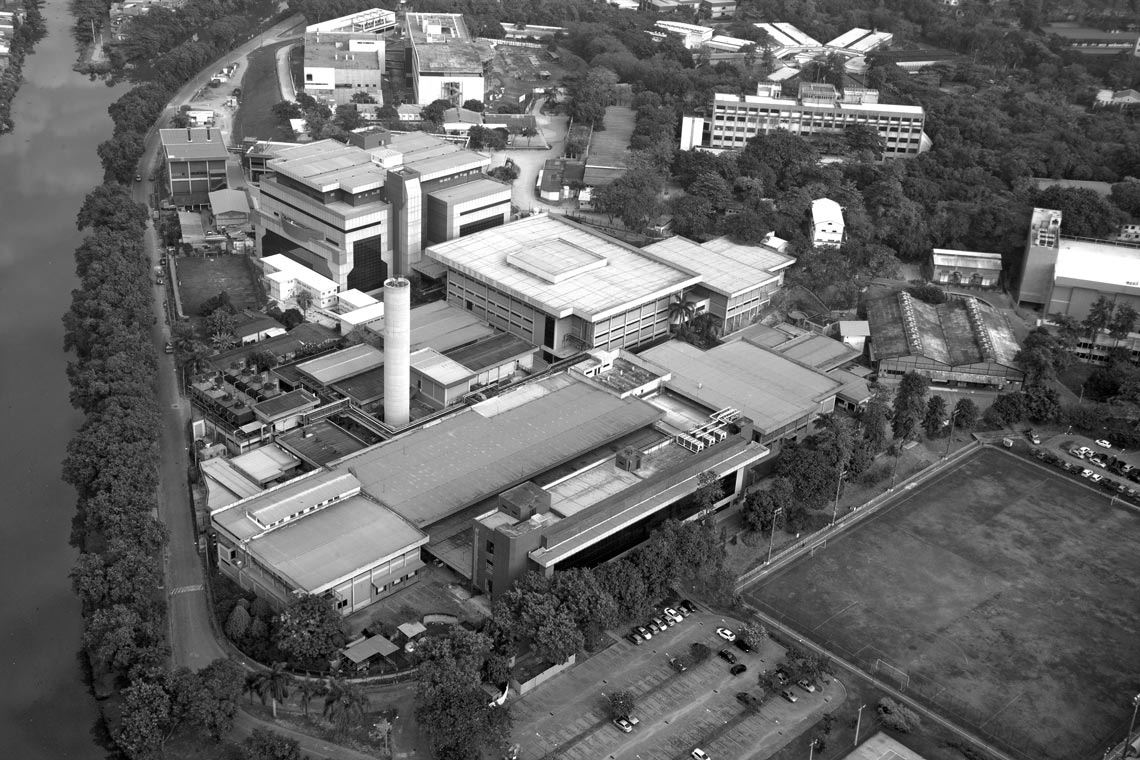 Maurício Zuma, director at the Immunobiological Technology Institute (BIO-MANGUINHOS), says early-stage research into a vaccine against Zika is now underway. FIOCRUZ is currently working on a total of 14 vaccines for a range of diseases, with either its own or transferred technology, says Nísia Trindade. But in describing these efforts, the FIOCRUZ chairwoman prefers to avoid the wartime metaphors that Oswaldo Cruz was famous for. “I prefer to speak in terms of a crisis with multiple dimensions—an economic, health, political, and humanitarian crisis,” she says.