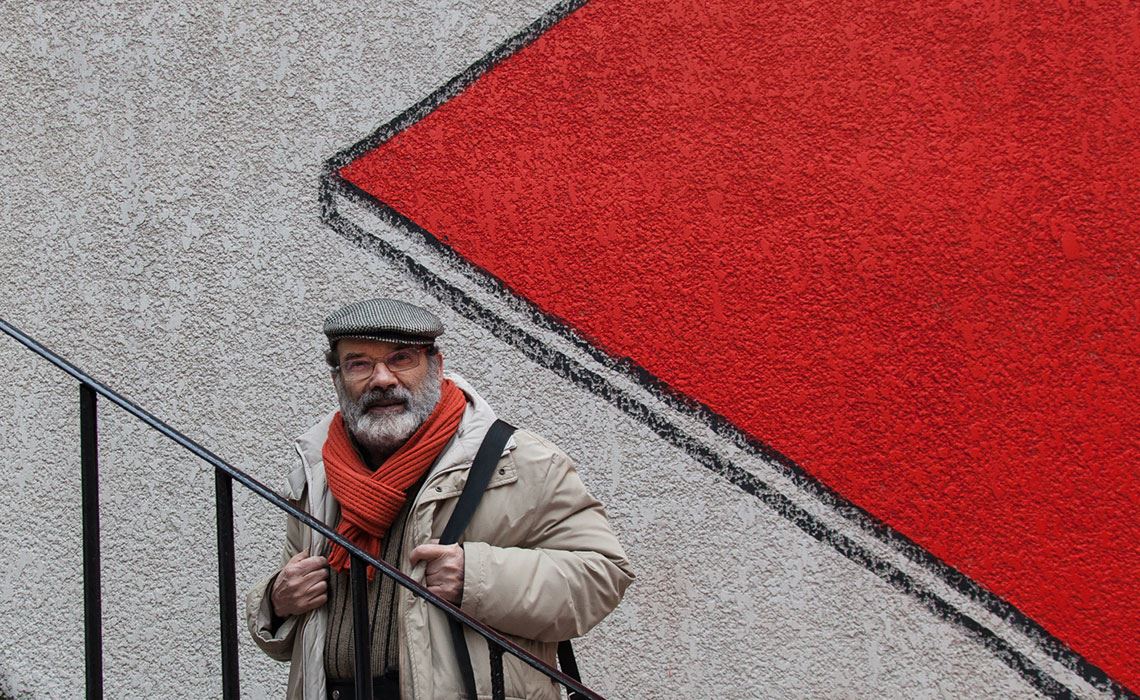 Ruy Fausto, a professor emeritus of the Department of Philosophy at the School of Philosophy, Languages and Literature, and Humanities at the University of São Paulo (FFLCH-USP), died on May 1 in Paris, France, at the age of 85. For decades, he studied the work of Karl Marx (1818–1883), proposing interpretations of the German philosopher’s thought beyond the Soviet experience, and used this expertise to perform critical analyses of leftist parties in Brazil and throughout the world.

Originally from the city of São Paulo, Fausto obtained his law degree in 1960 from the USP Law School, while also working on an undergraduate degree in philosophy from the School of Philosophy, Sciences, and Languages and Literature—back when it was still located at Rua Maria Antônia, in downtown São Paulo. He was part of the generation that saw USP become an internationally renowned public university, as a result of the French mission that helped start his teaching career in 1934, recalls sociologist Ruy Braga, from the USP Department of Sociology. “Fausto obtained his philosophy degree in 1956, when USP was becoming more modern, but he managed to simultaneously establish a connection with a more traditional past, related to his experience in law school. This trajectory helped shape his philosophical view of Marx’s theory,” evaluates Braga.

In 1964, with the military coup, Fausto went into exile in Chile, where he taught at the Pontifical Catholic University of Chile. With the 1973 fall of President Salvador Allende (1908–1973), Fausto went to France, resuming the research internship he had started previously. In 1981, he defended two PhD theses, as required by French law at the time. He was advised by the philosopher and educator Jean Touissant-Desanti (1914–2002). In that same year, he became a professor at the University of Paris 8 and relocated to France. When democracy was reinstated and the country was subsequently reopened, Fausto began making regular visits to Brazil once again, teaching courses in the Department of Philosophy. In 1989, he defended his professorship thesis at USP. His brothers were lawyer and historian Boris, from USP, and doctor and researcher Nelson (1936–2012), a pathologist at the University of Washington School of Medicine, in the United States.

“Fausto took the thought of Karl Marx as a specific object of systematic reflection over decades,” says Braga. The sociologist explains that Fausto helped restore interest in dialectical analyses of Marx’s thought at a time—between the 1970s and the 1980s—when this theory had been practically abandoned by both French academics, due to a structuralism wave, and American academics, due to the rise of analytical Marxism. In Braga’s assessment, Fausto was the Brazilian academic whose contributions to Marxist dialectics were most authentic, due to his comparing Marxism with the ideas of German philosopher Georg Friedrich Hegel (1770–1831).

For this, Braga shares, Fausto mainly used the Grundrisse, manuscripts written by Marx between 1857 and 1858 that became the 1876 book Capital. In this way, Braga considers Fausto’s 2002 trilogy Marx: Lógica e política – Investigações para uma reconstituição do sentido da dialética (Marx: Logic and Politics – Investigations toward a Reconstitution of the Meaning of Dialectics) (Editora 34), including essays written between 1973 and 1997, to be his most significant work. Despite continuing to use it as an object of study, Braga shares that Fausto abandoned Marxism as a political program in the 1980s.

According to Michael Löwy—research director at the Centre National de la Recherche Scientifique (CNRS), in France—in his trilogy, Fausto set out to study the relationship between Marx’s dialectical logic and his politics, which are usually analyzed separately. “In this broad work, which took him dozens of years to write, he addressed several other philosophical issues discussed in Marxist literature: humanism and anti-humanism, historicism and anti-historicism, anthropologism and criticism of anthropologism,” he highlights. Löwy assesses that Fausto sought to take a dialectical perspective in these debates, beyond rigid dualisms. “Throughout his career, Fausto gradually distanced himself from Marxism, but not from dialectics,” he points out. “He defined himself as an anti-totalitarian leftist intellectual, a Marx academic who was not a Marxist,” he continues. 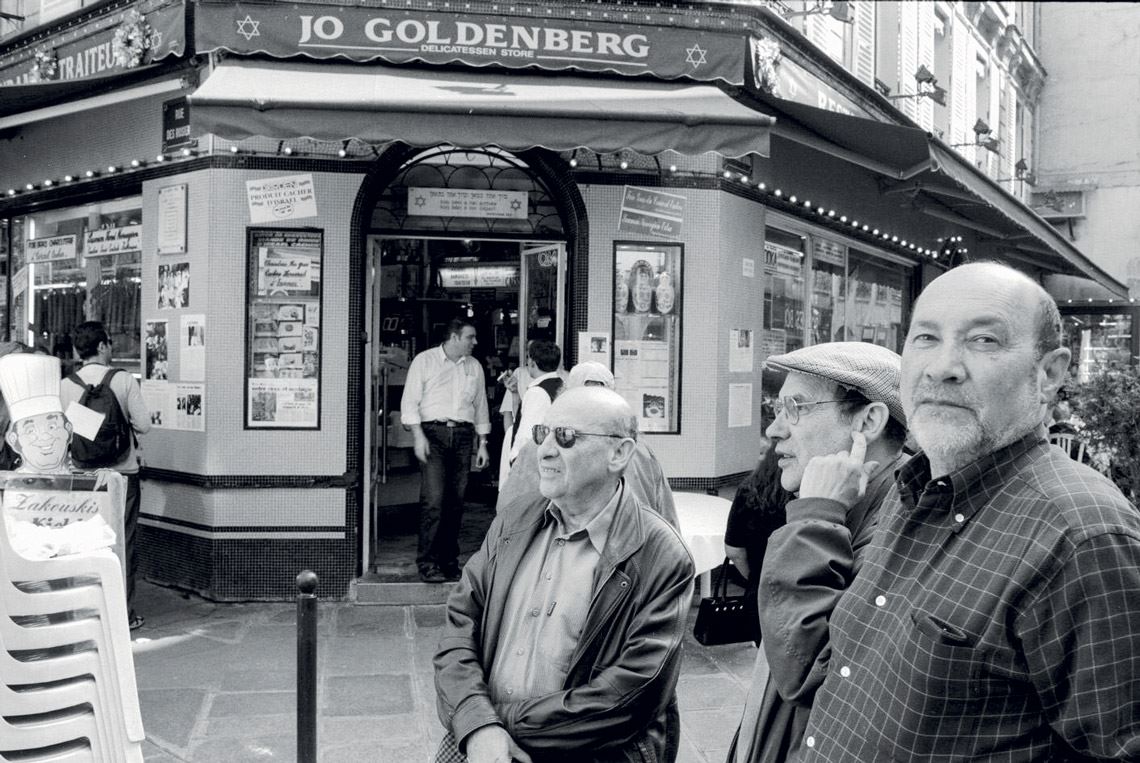 Ruy Fausto in Paris with his brothers: Nelson (front) and Boris (left)Carlos Fausto

A close friend of Fausto’s for over 30 years, Paulo Arantes, from the Department of Philosophy at FFLCH-USP, shares that Fausto had recently begun addressing political issues in his studies, leaving aside the investigation of Hegel’s logic and its relation with Marx’s theories. “He began analyzing the history of contemporary political formations or post-Soviet socialism, investigating current controversies, particularly the directions the left has taken in Brazil over the last 10 years. He cultivated a philosophical genre that sought to criticize the socialist tradition from the perspective of the left,” Arantes summarizes. These reflections were published in books such as A esquerda difícil: Em torno do paradigma e do destino das revoluções no século XX e alguns outros temas (The Difficult Left: On the Paradigm and the Fate of Revolutions in the 20th Century and Other Topics) (Perspectiva, 2007), Outro dia (Another Day) (Perspectiva, 2009) and Caminhos da esquerda: Elementos para uma reconstrução (Paths of the Left: Elements for Reconstruction) (Companhia das Letras, 2017). His last work, O ciclo do totalitarismo (The Cycle of Totalitarianism) (2017), was rereleased this year.

Cícero Araújo, a professor at the Department of Political Science at FFLCH-USP, met Ruy Fausto in the early 2000s. The two shared an interest in history and politics and put together a seminar in 2007 to reflect on the legacy of the Russian Revolution (1917) and the current movements of the left. In the wake of this process, in 2010 they founded the magazine Fevereiro (February), with its last issue published in January 2018. According to Araújo, the philosopher planned to publish yet another theory book to complement his trilogy on Marx.

More recently, Araújo worked with Fausto on Revista Rosa (Pink Magazine), released last April with the goal of gathering critical analyses of the left around the world. “Fausto was a very lively person. He could relate to different generations, including teachers my own age, in their 50s or 60s, and younger students, whom he encouraged to develop intellectual projects,” shares Araújo.

Once, shortly after the 1997 founding of the Revista Outubro (October Magazine), by Braga and political scientist Álvaro Bianchi, current director of the Institute of Philosophy and Human Sciences at the University of Campinas (IFCH-UNICAMP), Braga met with Fausto at the top of the FFLCH building. “Outubro was a reference to when the Bolsheviks took power in Russia and Fausto, who was very critical of Stalinism, joked that he would prefer a publication be called “February,” after the Russian revolution of February 1917, which was liberal in nature and brought together both socialist and non-socialist groups,” recalls Braga.

Paulo Arantes describes that, as a teacher, Fausto liked to analyze and compare texts. “He was vehement in his assertions and perhaps even a little too serious. It was a bit of a contrast with his personality outside the classroom, which was hilarious. He was a great storyteller and observer of picturesque scenes,” Arantes recalls. In addition to being a philosopher, Fausto was also a poet, having published the 2008 collection Os piores anos de nossas vidas: Histórias, “suspiros poéticos e saudades”  (The Worst Years of Our Lives: Stories, “Poetic Sighs and Longing”) (published by Editora da Fundação Astrojildo), as well as individual poems in magazines. “He was a great memoirist and had a nearly encyclopedic knowledge of stories from the social and political life of São Paulo. Many people came to him to hear these stories,” says Arantes, who met Fausto in 1965 as a first-year student of the USP philosophy program.

Arantes recalls that the philosopher was also an expert in the history of jazz, liked to sing French chansons accompanied by his guitar, and played the piano.

“Ruy’s sudden death was a blow to me. We had been friends for over 60 years,” shares Löwy, adding that they met in 1958, “when he tried to recruit me for the Trotskyist Revolutionary Workers Party.” In the late 1950s, they met again at Grupo do Capital meetings, attended by USP professors and students, including Fernando Henrique Cardoso and Paul Singer. In the early 1960s, they were also fellowship beneficiaries in Paris together. “From 1961 to 1964, we were very close; we would see each other nearly every day, and we shared an anti-Stalinist view of Marxism,” he says. “Ruy was a brilliant, subtle intellectual, immensely cultured in philosophy and politics, who fervently defended his ideas and his belief in an anti-totalitarian left,” he observes. Ruy Fausto suffered a heart attack; his body was found by his ex-wife, Beth Lobo, next to the piano at his home in Paris, where he had been isolating due to the coronavirus pandemic. He is survived by his daughter, Luisa, his brother, Boris, and his nephews.