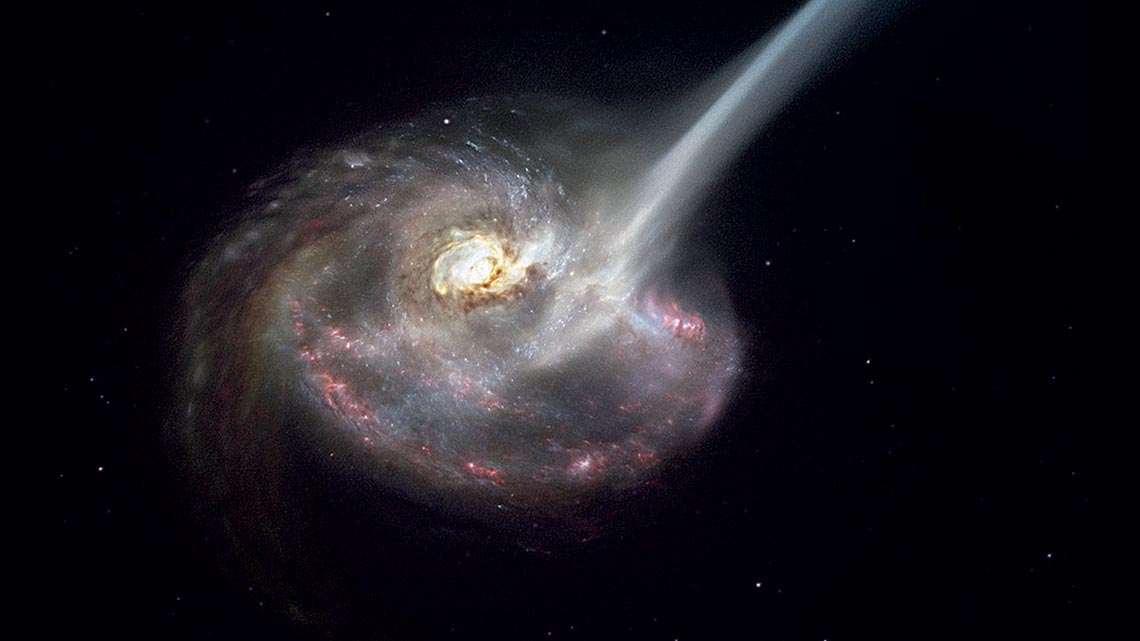 Astronomers observed a galaxy ejecting immense quantities of cold gas, enough to form 10,000 new stars the size of the Sun every year. The images, obtained by the ALMA radio telescope array in Chile, indicate that galaxy ID2299 (illustration), located 9 billion light-years from Earth, is likely to stop producing stars within a few tens of million years due to a lack of gas. Astrophysicist Annagrazia Puglisi, from the University of Durham, UK, and her colleagues estimate that ID2299 has already lost more than half of its original cold gas. According to the scientists, the shape of the gas jet suggested that the expulsion was caused by a collision of two galaxies, which then merged to form ID2299 and the jet, known as a tidal tail (Nature Astronomy, January 11). A common result of galactic collisions, tidal tails have never before been observed in such a distant galaxy.