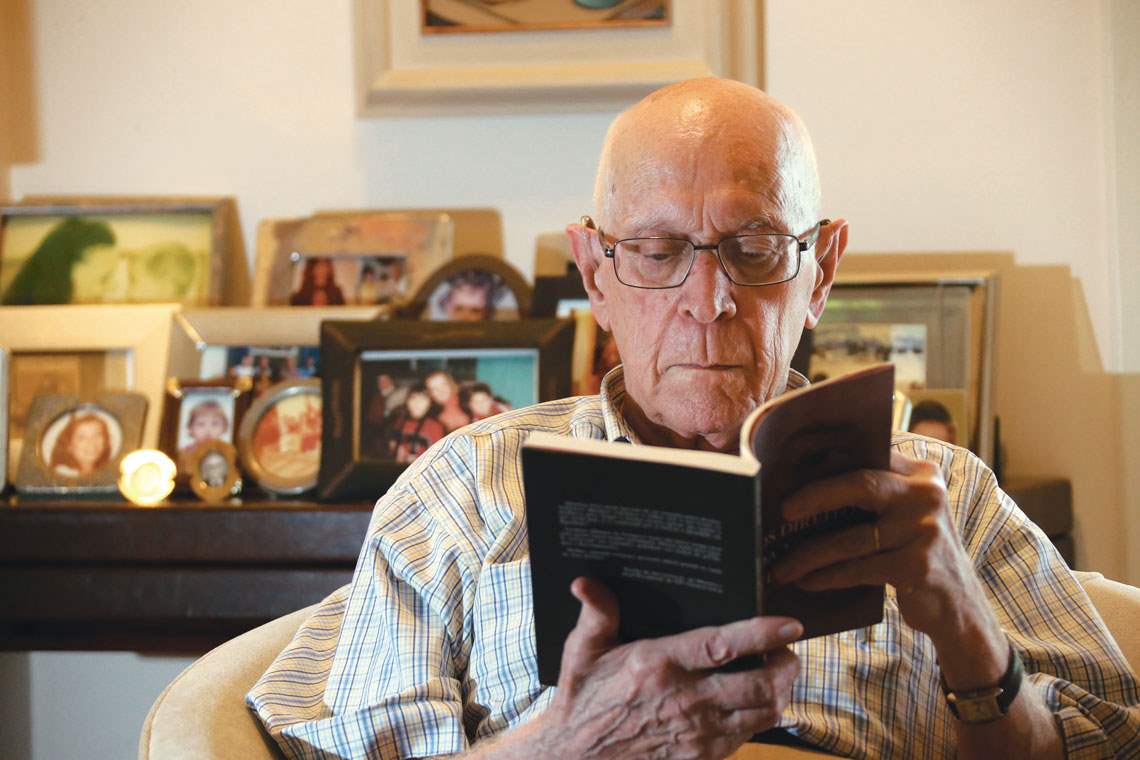 In his texts and public interventions, the jurist Dalmo de Abreu Dallari, professor emeritus of the School of Law at the University of São Paulo (FD-USP), who died at the age of 90 on April 8, often insisted on the direct link between law and justice: without taking this connection into account, the laws take on an empty form. This way of thinking is at the core of his intellectual experience. Author of the book Elementos de teoria geral do Estado (Elements of general theory of the State), published in 1971 and currently in its 33rd edition, Dallari was internationally recognized for his defense of human rights.

“His thinking about the State and human rights work are inseparable,” says Sebastião Botto de Barros Tojal, professor at FD-USP and advisor to Dallari on his master’s and PhD. “Dallari understood the essence of the State’s role as a promoter of the fundamental rights of the human person. Very early on, life allowed him to combine one thing with the other and verticalize the theory to incorporate what is ultimately the great raison d’être of the State: the promotion of human development.”

According to Nina Ranieri, also a professor at FD-USP and advisor to Dallari on his PhD, “Dallari’s theory of the State gives students the full repertoire of political thinking to make social and political critique. That is, to examine the creation of the constitutional State and then the development of the democratic State. Human rights are a natural result of these movements.”

Ranieri notes that the conceptual framework called “theory of the State,” originating from the unification period of Germany in the nineteenth century, spread in Brazil from 1937 when professors of constitutional law refused to teach the Constitution drafted by the dictatorship of the Estado Novo (New State) (1937–1945). “The subject arrived in the country as a form of teaching fundamental principles of the constitutional and democratic State, without bending to power. Therefore, from the outset, it was already a discipline of political criticism,” she observes. “Dallari taught the theory starting from the real problems of society. He gave substance to the theory of the State, because he lived this criticism in practice.”

The jurist allied his reflection on the State with human rights work at the beginning of the 1970s, when the country was experiencing the toughest years of the military regime (1964–1985). He was even banned from teaching and was arrested by the police in 1980, when he had to explain to his cellmates that he was not there to act as their attorney. He was involved in the creation of and presided over the Archdiocese of São Paulo’s Justice and Peace Commission, an initiative of Cardinal Dom Paulo Evaristo Arns (1921–2016). The commission helped political prisoners, promoted studies about the living conditions of the population, and was one of the entities that denounced the assassination of the journalist Vladimir Herzog (1937–1975), tortured to death on the premises of the Department of Information Operations – Center for Internal Defense Operations in São Paulo.

In the 1980s, despite not being a constituent parliamentarian, he was an active promoter of popular participation in the drafting of the Federal Constitution. The attorney Ariel de Castro Albes, president of the group Tortura Nunca Mais (Torture Never Again), wrote on his social media networks that “the main provisions on human rights of the current Federal Constitution were conceived by him.”

For Tojal, the deepest mark left by Dallari in the constitutional text is chapter VIII, titled “Indigenous People.” The anthropologist Manuela Carneiro da Cunha, a retired professor from the University of Chicago, USA, highlights the redaction of article 232, which reads that “Indigenous people, their communities, and organizations have standing under the law to sue to defend their rights and interests, with the public prosecution intervening in all the procedural acts.”

The anthropologist affirms that the statement removed an obstacle that impeded access to the courts by native peoples. Since the civil code did not recognize them as being fully capable, many judges interpreted it to mean they could only propose an action through the National Foundation for Indigenous People (FUNAI). “The article explicitly grants legal status to the indigenous peoples, as well as to their communities. In other words, indigenous people do not need a corporate taxpayer registration number (CNPJ) to file a lawsuit, nor do they need FUNAI, which does not represent them,” she summarizes. “It is well known that article 232 radically changed access to the courts for indigenous peoples.”

Dallari’s link with the indigenous struggle dates back to the early 1980s, when he was consulted by anthropologist Beatriz Góis Dantas, a PhD student at the time and today a professor emeritus at the Federal University of Sergipe (UFS), about the possibility of using historical documents to help the Xokó indigenous people to recover their lands along the banks of the São Francisco River. According to Dantas, the study Direitos sobre terras indígenas (Rights over indigenous lands), which the jurist published in the collective volume Terra dos índios Xocó: Estudos e documentos (Land of the Xocó indigenous peoples: Studies and documents; 1980), “gave stature and grounding to the legal disputes that ended with the legal recognition of the territory of this people.”

Cunha adds that only recently, on April 5 of this year, a National Justice Council (CNJ) resolution was approved to detail the performance of the courts on lawsuits filed by indigenous people, “to give reality to article 232, understanding and dialoguing with the specificities of the social organizations of these peoples,” in the anthropologist’s words.

From Serra Negra in the interior of São Paulo State, Dallari graduated in Law at USP in 1857. He defended his postdoctoral degree (livre-docência) in 1963, on the subject of General Theory of the State, after having been an assistant to Ataliba Nogueira (1901–1983), the first person responsible for this course in the institution. He became a full professor in 1974, with a thesis about the future of the State which was released as a book in 1980. He was the director of the School of Law at USP between 1986 and 1990 and had a brief incursion in the public sector between 1990 and 1992 as secretary of legal affairs for São Paulo City Hall during the administration of Luiza Erundina (1989–1992).

Among the highlights of his international trajectory are the coordination of the UNESCO Chair of Education for Peace, Human Rights, Democracy, and Tolerance, in the Institute for Advanced Studies (IEA) at USP, between 2001 and 2006, and his work on the International Commission of Jurists, a nongovernmental organization that provides human rights consultancy to the United Nations (UN).

For six decades Dallari supervised theses and dissertations of jurists such as the ministers of the Federal Supreme Court (STF) Alexandre de Moraes and Ricardo Lewandowski, as well as professors such as Tojal, Ranieri, and Eunice Prudente, author of the first thesis that proposed criminalizing racial discrimination, in 1980. According to Ranieri, what set Dallari apart was that he would lead his students to draw their own conclusions.

“I once told him that I had decided to remove a chapter from the thesis,” she said. “He responded: ‘I’m very pleased that you have made that decision.’ Dallari had not interfered with my writing, he had not suggested that the chapter be removed; the decision came as a result of our conversations. On another occasion, he passed me a piece of paper, saying: ‘You are going to mull over this.’ On it was written: ‘Is education public because it is offered by the State or is it public due to its objectives?’ He had this way of summarizing important questions for students.”