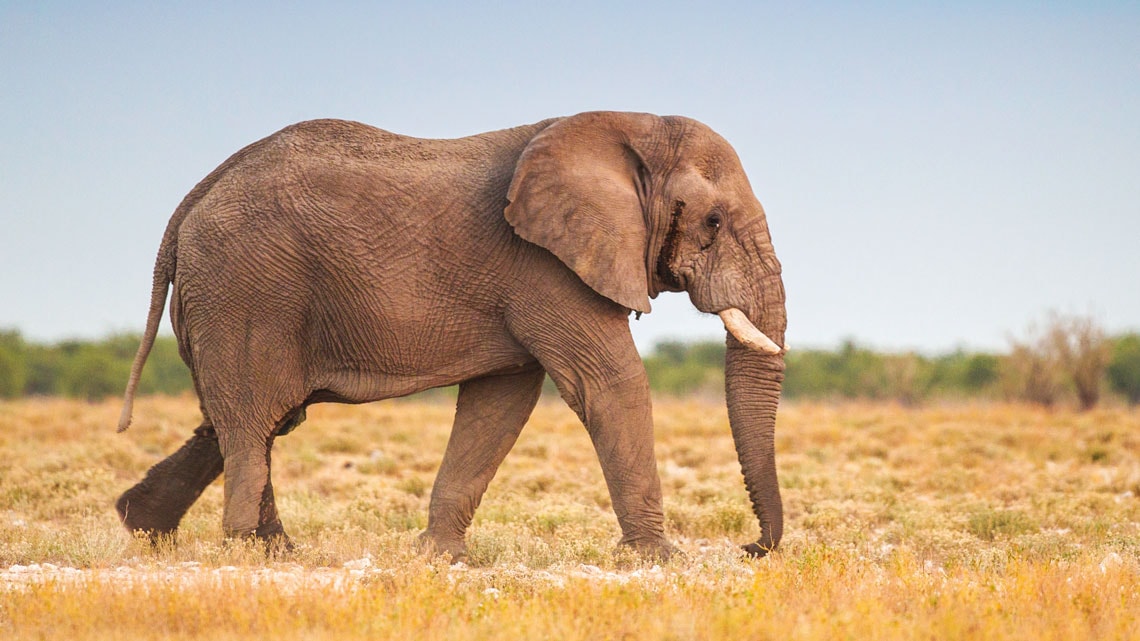 One of the species studied, the African elephant, lives to an average of 60 years

The fish Eviota sigillata, found in the Pacific Ocean, lives only eight weeks, while the Greenland shark (Somniosus microcephalus) can reach 400 years old. Such a variation in lifespan is also seen in other groups of vertebrates, such as mammals. The Africa forest shrew (Myosorex varius) rarely lives beyond 2 years, while bowhead whales (Balaena mysticeta) live to 200 years old. Biologists have long suspected that lifespan is determined by genetic characteristics, although the genetic variations that explain why certain species live longer than others have not yet been identified. Benjamin Mayne of the Indian Ocean Marine Research Centre in Australia and his colleagues analyzed the genome of 252 animal species and found a genetic trait that they propose serves as a molecular clock for lifespan. The researchers found that the number of double repetitions of the nitrogenous bases cytosine (C) and guanine (G) in 42 genes was directly related to the lifespan of the species: the longer the sequence of repetitions, the longer the lifespan (Scientific Reports, December 12, 2019). The strategy could be used to determine the lifespan of extinct species or those that live longer than humans. Using the technique, the researchers estimated the average lifespan of the woolly mammoth (Mammuthus primigenius) and the straight-tusked elephant (Palaeoloxodon antiquus), both extinct, at 60 years, and of primitive human beings, such as Neanderthals and Denisovans, at 38 years.