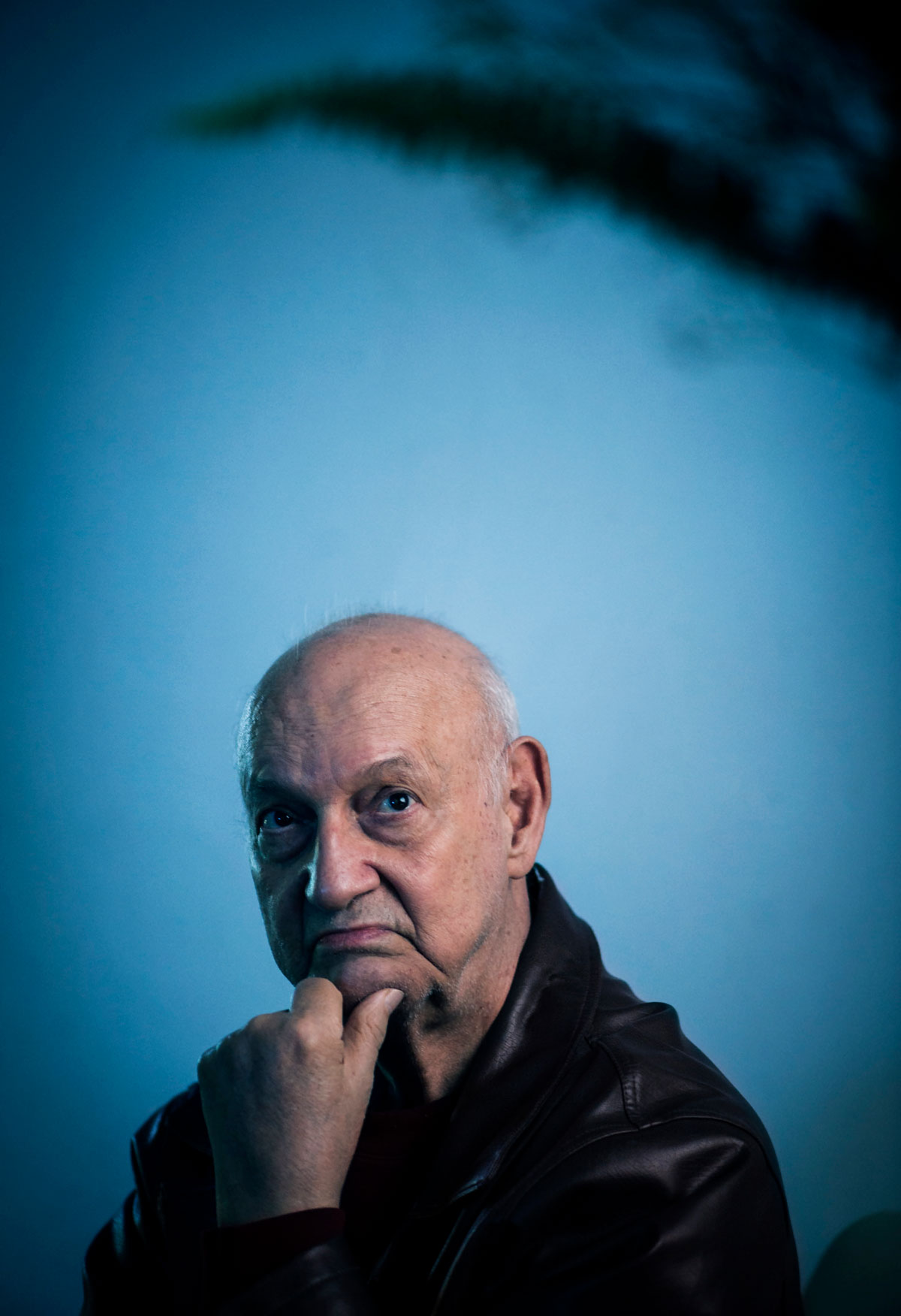 Léo Ramos ChavesA researcher on elections, urban violence, dictatorship, and democracy, sociologist Gláucio Ary Dillon Soares, of the Institute of Social and Political Studies at the Rio de Janeiro State University (IESP-UERJ), died on June 14, in Rio de Janeiro, of complications from Covid-19. Soares was 86 years old and had been hospitalized since late May. The only son of an elementary school teacher and an accountant, the Rio de Janeiro native was survived by five children and six grandchildren, in addition to his wife, political scientist Dayse Miranda.

Soares was born on July 24, 1934, and was part of the first law class at Cândido Mendes University, having graduated in 1957. “I usually say I never chose law; rather I stumbled upon it,” he said in a December 2019 interview with Pesquisa FAPESP. In 1958, he earned a bachelor’s degree in sociology from the Pontifical Catholic University of Rio de Janeiro (PUC-RJ). The following year, he obtained his master’s degree from Tulane University, in Louisiana, and in 1965 he earned a PhD in sociology from Washington University St. Louis (WUSL), both in the United States.

On top of his significant role in the establishment of various social sciences institutions, the researcher also led the Latin American Faculty of Social Sciences (FLACSO), in Chile, from 1965 to 1969. He later helped restructure the Social Sciences Department at the University of Brasília (UnB), which had undergone numerous layoffs after the 1964 military coup. After he moved to the United States, in 1974, he became a professor at the University of Florida, where he spent most of his academic career and from which he retired in 2000. Since 1997, he had been teaching at the former University Research Institute of Rio de Janeiro (IUPERJ), now IESP.

“He stayed with us until he decided to step down due to health problems, in mid-2018,” recalls sociologist Adalberto Cardoso, from IESP-UERJ. From 2000 to 2004, Soares was president of the Brazilian Political Science Association (ABCP), and beginning in 2008, he was secretary-general of the Latin America Political Science Association (IPSA). He was also a visiting professor at European, North American, and Mexican institutions, such as the University of Essex, in England, and the University of California, Los Angeles (UCLA), Harvard University, and the Massachusetts Institute of Technology (MIT), in the United States.

Cardoso highlights Soares’s pioneering work in Brazilian political science. “Despite being a sociologist, he worked in several research fields, and was the first to develop studies involving quantitative electoral data,” he points out. Cardoso also mentions that Soares was the one behind the first paper on the relationship between voting and race in Brazil, in the 1960s. “He highlighted several themes and issues with Brazil’s democracy. His research on the 1964 military coup has become required reading for anyone who wishes to understand the political history of the nation,” he says. “Soares was an enthusiast of using quantitative methods in the social sciences and trained many students in this area,’ he shares, adding that some of his students are now professors at institutions such as the Federal University of Rio de Janeiro (UFRJ), the University of São Paulo (USP), and UERJ.

Soares authored or organized 11 books and published 43 book chapters and over 130 scientific articles. In 1967, he wrote the article “Socioeconomic variables and voting for the radical left: Chile, 1952” alongside Robert Hamblin, professor of social psychology at Washington University in St. Louis. With this, Soares became the first Latin American individual to have been published in American Political Science Review. His book Sociedade e política no Brasil (Society and politics in Brazil) (Difel, 1973) is an icon of electoral sociology. He also led the Getulio Vargas Foundation (FGV) oral memory project on the 1964 coup, repression, and political opening at the Research and Documentation Center for Contemporary History, the CPDOC. This collection is considered the largest database of testimonies from military personnel about the period.

“Soares was a rigorous scientist, but not at all narrow-minded, both in terms of theory and methodology. Questioning, asking, and verifying are perhaps the three verbs that best describe his conduct as an intellectual and a scientist,” observes sociologist Nadya Araujo Guimarães, from the School of Philosophy, Languages and Literature, and Humanities (FFLCH) at USP. “He was open to the challenges of social life and to innovative theoretical and methodological tools. So open that, at this moment, both sociology and political science feel his loss,” she says. Because Soares was educated in the academic environment of the United States, Guimarães says that he had always acted as a mediator between the intellectual worlds of Brazil and the United States.

Furthermore, he has conducted research on violence and public security and advised numerous theses and dissertations on the subject. In an interview with Pesquisa FAPESP, Soares explained that his interest in the subject of security came from his observation of the political violence that occurred in countries such as Chile, Mexico, and Argentina from the 1960s to the 1980s. More recently, Soares had been researching the effect of love on social relationships.

Guimarães, from USP, highlights another important aspect of Soares’s career: his work as a Latin Americanist. “As a professor and intellectual mediator, he strove to assert the field of Latin-American sociology. This was disconcerting at the time, as it challenged a tendency to isolate Brazil’s sociology from what was being produced in the rest of Latin America,” she explains. Guimarães was a student of Soares’s in the courses of sociology of development and Latin American sociology, taught at UnB in 1970: “As a student in the first class of social sciences at UnB, I had a scientific research scholarship and had the privilege of working with him in the preparation and processing of data for Sociedade e política no Brasil (Society and politics in Brazil),” she recalls. She also shares that training young researchers gave him much joy.

“Outside the university, we also met at his house and at our ‘office bar’—a pizzeria near IESP. His advisory sessions were almost like family gatherings,” shares sociologist Michel Lobo Toledo Lima, a researcher at the Institute for Comparative Studies in Conflict Management (INCT-InEAC). Lima was Soares’s last advisee, for both his master’s and PhD research. In his thesis, defended in 2018, Lima analyzed law enforcement practices and negotiations in the administration and investigation of intentional homicides, using methods from sociology and anthropology and involving anthropologist Roberto Kant de Lima, from the Fluminense Federal University (UFF).

“Our work has enabled interdisciplinary and interinstitutional exchanges and has been instrumental in unpacking the normativity and doctrinal teaching of my original law school training. It allowed me to see the legal field as a social phenomenon,” shares Lima, who is also a visiting professor and post-doctoral researcher at the Postgraduate Law Program of the Veiga de Almeida University (UVA) in Rio de Janeiro. “The contributions of our partnership allowed us to identify how quantitative records of judicial institutions can reveal more about their internal practices than about the facts they claim to classify and quantify,” he states. Lima mentions that, in addition to his academic life, Soares kept a blog that served as a public journal of his concerns, struggles, achievements, thoughts, and mishaps, not only in fighting a cancer diagnosed 25 years ago, but also in the face of everyday adversities. “It was last updated in June 2020. The number of comments is impressive—an indication of how many people have been positively impacted by his writings,” he concludes.