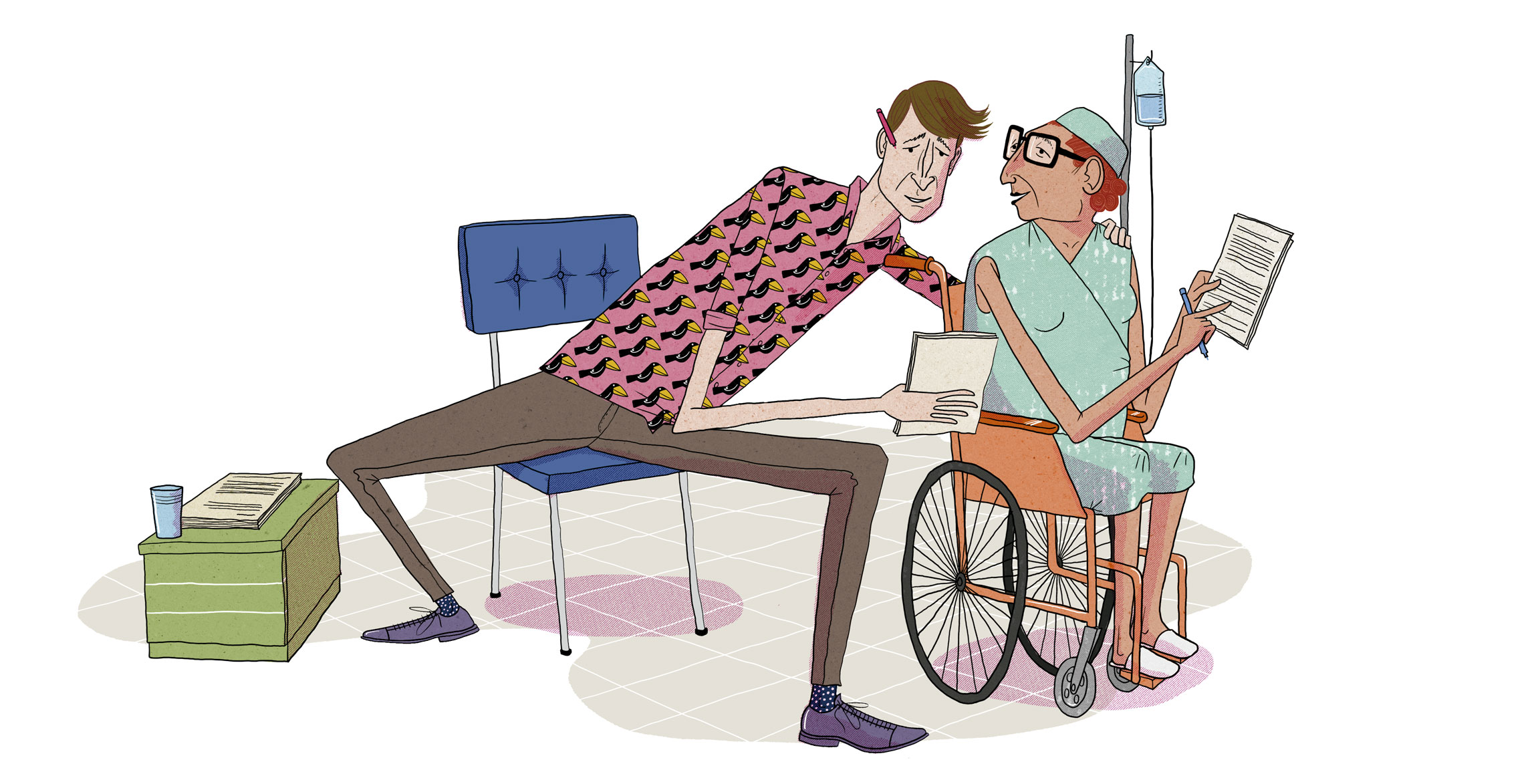 Peer review, the established method of evaluating articles in scientific journals, is not the only filter applied to manuscripts submitted for publication. A small group of journals, including the influential British Medical Journal (BMJ), has recently invited patients and caregivers to participate in the analysis of articles on the health problems they face, as a complement to specialist scrutiny. The model was initially adopted in 2014 by the BMJ, which has mobilized approximately 700 individuals—most of whom have no scientific background but extensive personal experience—to review studies on the health conditions they suffer from, such as cancer and heart disease. According to a report published on The Scholarly Kitchen website in June, a total of more than 754 reviews have been performed by patients and caregivers. “Our experience shows that patients often bring new ideas and perspectives that are overlooked by academic reviewers,” physician and researcher Tessa Richards, senior editor of the BMJ, told Pesquisa FAPESP.

Over the course of their treatment, patients and family members visit doctors, hear a range of opinions, learn how to cope with chronic conditions, and form their own perceptions about the illness. For Tessa, this know-how enables them to cast a critical eye on clinical studies. “They are capable of identifying the strengths and limitations of articles submitted for publication,” she argues. In 2016, for example, patient reviewer Michael Kahn drew attention to a study on the increased risk of fractures in people who have undergone weight-loss surgery. He pointed out that although stomach reductions may lead to vitamin D and calcium deficiencies, the researchers did not take into account the fact that most patients take dietary supplements after surgery. “It would be useful to reinforce the importance of these supplements and inform patients in patient-friendly language of the greater fracture risk they face after surgery,” Kahn said in a review made available by the BMJ. Another study analyzed diagnostic errors and standardized procedures.

Over four years, the journal invited more than 2,000 patients and caregivers to help review most of its research, especially in cases where patients were recruited for clinical trials. Invitations are usually sent to patient groups and associations, who also receive a BMJ guide with information about the review process. The guidelines do not differ greatly from those given to specialists: the review should be completed within two weeks, it must be no more than one thousand words long, and the reviewer must declare any conflicts of interest. It is also made clear that the final decision on which articles should be published rests with the editors of the journal. “The reviewers’ comments help support decision-making and help authors make adjustments to articles,” Tessa explains.

Patients offer ideas and perspectives that are often overlooked by academic reviewers, says Tessa Richards, from the BMJ

The BMJ initiative was based on an editorial published in 2013, in which Tessa and other editors defended the so-called “patient revolution,” which suggests patients should take a leading role in health care. According to the editorial, patients often better understand the reality of their conditions, the impact of their illness, and how hospital services can be improved. The article therefore supports the theory that physicians, researchers, and patients should work together to improve health care and challenge deeply rooted practices and behaviors.

The idea had already been adopted by other institutions. In 2012, 33 European organizations, including patient groups, scientific institutions, and businesses set up the European Patients’ Academy on Therapeutic Innovation (EUPATI), which provides training and teaching materials on drug development processes. The objective is to empower patients so that they may actively participate in clinical trials, ethics committees, and regulatory bodies. In the USA, the Choosing Wisely project, run by the American Board of Internal Medicine, brings patients and physicians together to identify and reduce the use of ineffective or nonevidence-based treatments. In the Netherlands, the REshape Innovation program at Radboud University aims to design technologies and innovations that support patients. Dr. Lucien Engelen, director of the project, is also the founder of Patients Included, an organization created in 2012 to promote the inclusion of patients in medical and scientific debates.

Patients Included has created its own seal of recognition for initiatives committed to incorporating the experience and insight of patients, ensuring that patients are not excluded or exploited. Two scientific journals have received this recognition. One is the Patient Experience Journal, an open-access journal based in the USA, which publishes research that aims to improve the health care experiences of patients and their relatives. As well as patients, the manuscript review process also involves health professionals and family members. The other is Research Involvement and Engagement (RIE), an open-access online journal launched in 2015 by BioMed Central (BMC), linked to the Springer Nature group. All articles in the publication are reviewed by experts and patients—both of which have the same level of influence on the editorial decision.

Daniel Almeida“The papers published in our journal are helping to inform and support the involvement of patients in scientific research,” wrote Sophie Staniszewska, a researcher at Warwick University, UK, and editor of RIE, in an editorial published in November last year. The journal recently conducted a study in partnership with the BMJ with the aim of evaluating patient contributions to the scientific review process. “The study confirmed that patients really appreciate the opportunity to comment on scientific studies,” says Tessa Richards, from the BMJ.

The model has not yet been adopted by any medical journals in Brazil. “The idea is commendable, because it enables patients—who are the real stakeholders in the results of many studies—to participate more in the scientific process,” says Abel Packer, general coordinator of the SciELO online library. According to Packer, Brazilian scientific journals need to be aware of changes occurring in the global publishing environment, especially those related to what is known as open science, which involves free access to research processes and content and the collaborative construction of knowledge. “Just like in other countries, Brazilian journals are conservative and reluctant to alter established standards, which can sometimes stifle bold new ideas,” says Packer.

Gynecologist Edmund Chada Baracat, editor of the journal Clinics and a researcher at the University of São Paulo’s School of Medicine (FM-USP), believes that the editors of medical journals in Brazil need to address the subject. “We need to openly discuss this proposal, including the possible limitations of the model. It is important to understand the perspective of the patient, but there are associations and pressure groups involved in the fight against diseases, some of which are led by patients, whose agenda should not be able to influence the evaluation of scientific papers,” says Baracat.