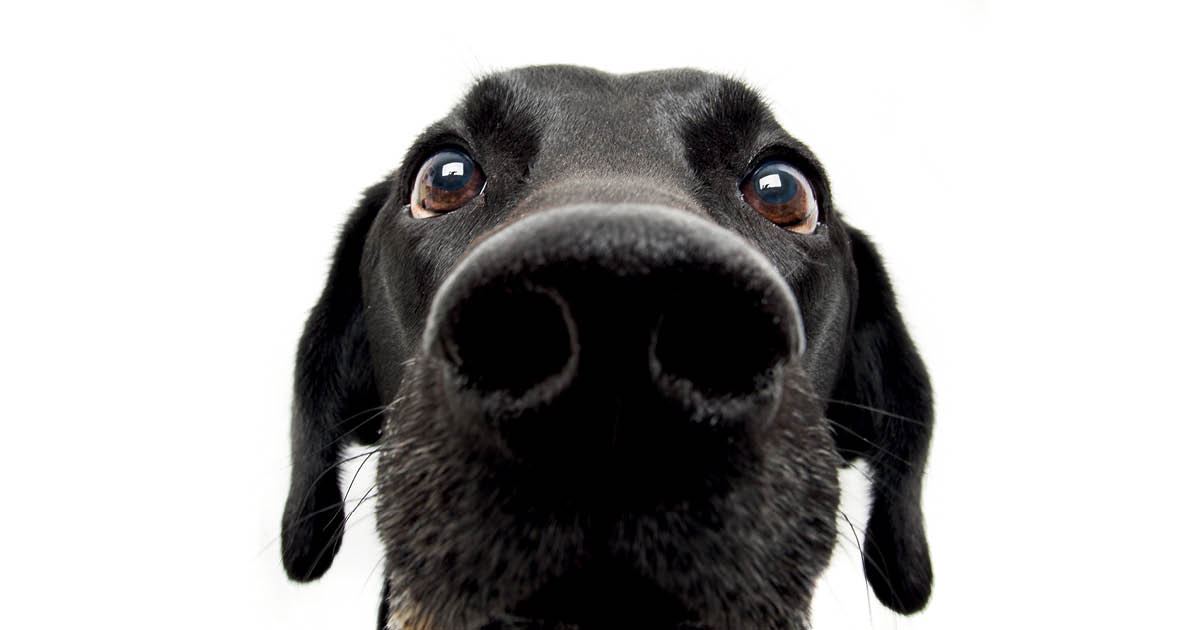 A dog’s nose is more than a powerful odor detector. Hairless, cold, and damp, the tip of the snout—known as the rhinarium—is also capable of measuring nearby heat, according to a new study. A team from Lund University in Sweden, led by Ronald Kröger, subjected three dogs to an experiment in which they were rewarded with food if they could choose the hottest of two objects placed 1.6 meters away. One object was kept at room temperature (about 19 degrees Celsius), while the other was 11 to 13 degrees warmer. Both looked and smelled exactly the same. The three dogs—Kevin, Delfi, and Charlie—chose correctly at least 70% of the time (Scientific Reports, February 28). The group also performed MRI scans of 13 dogs’ brains while they were exposed to objects at room temperature and slightly warmer. The heat activated a small area in the brain’s left hemisphere. Alongside the vampire bat, the dog is one of the few mammals capable of using heat to identify prey.