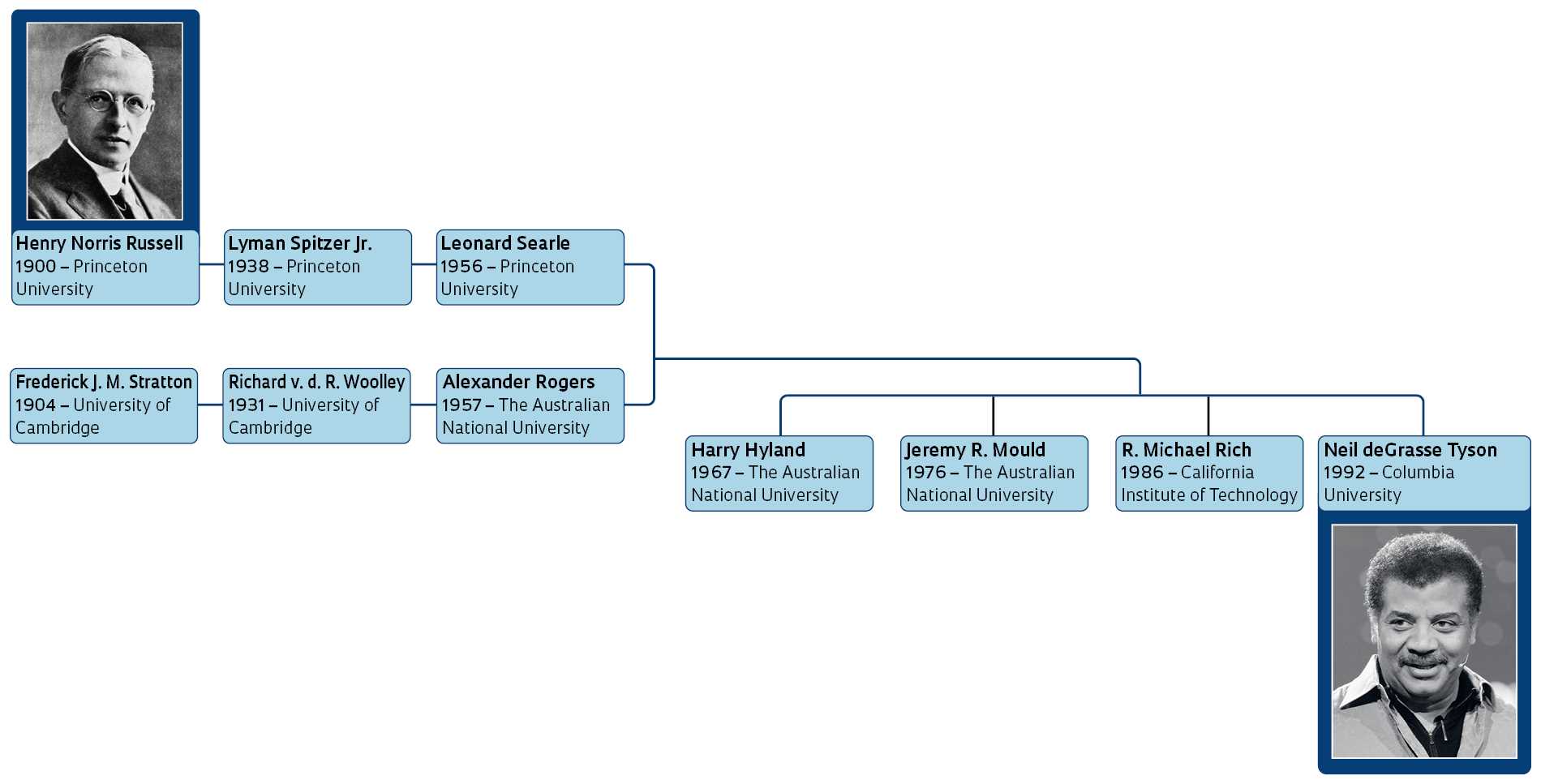 A website launched in July by the American Astronomical Society (AAS) is helping researchers in the field to identify their academic lineage. The academic family tree establishes links between generations of researchers. Advisors are considered the “parents” of doctors they helped to train, who may in turn advise academic “grandchildren,” and so on (see Pesquisa FAPESP issue no. 249). The new platform, called AstroGen, provides access to data compiled since 1766 for more than 33,000 astronomers from 25 countries, including information about their advisors, universities they graduated from, and links to their dissertations. It shows, for example, that American astrophysicist Neil deGrasse Tyson is an academic great-grandson of renowned American astrophysicist Henry Norris Russell (1877–1957). Tyson also has academic ancestors in Australia and the UK. The initiative follows similar websites launched in recent years. In Brazil, Acácia (Plataforma-acacia.org/) establishes connections between almost 1.3 million academics from all fields of knowledge.