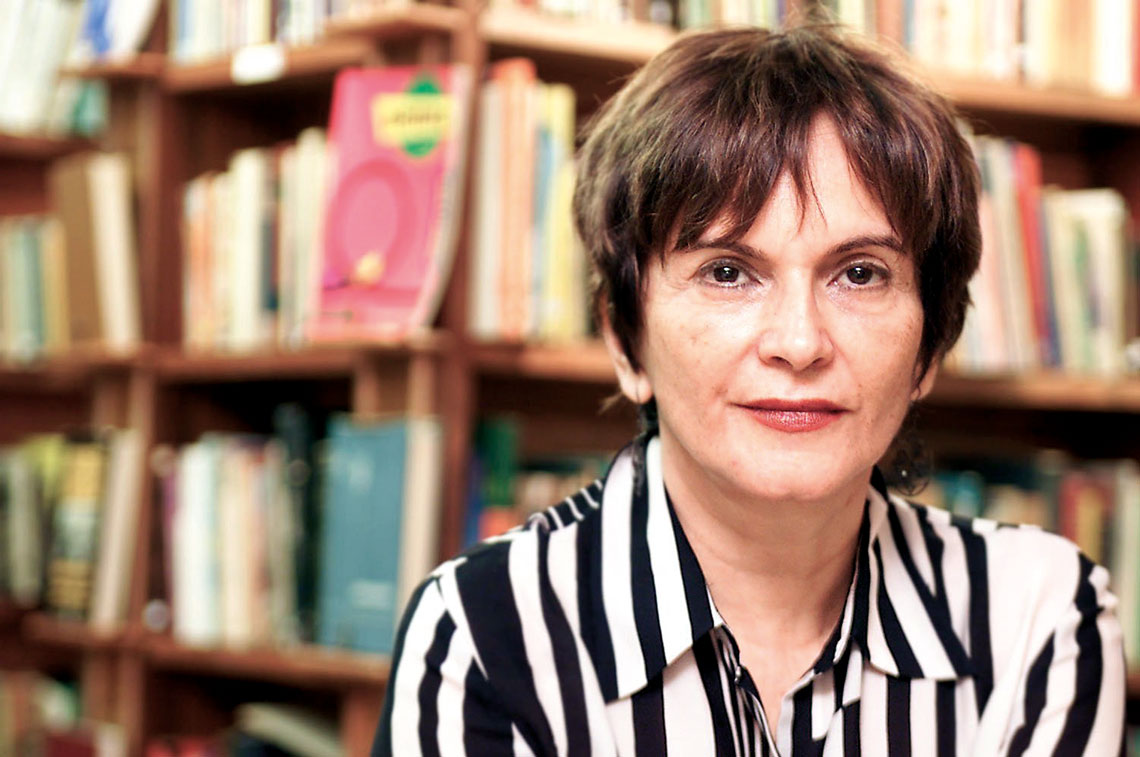 Zaluar in 2004: the anthropologist contested the idea of a direct relationship between poverty and violence

An influential figure in the areas of urban anthropology and sociology and in studies on violence in Brazil, Alba Zaluar, a professor and researcher at the Institute of Social and Political Studies of the State University of Rio de Janeiro (IESP-UERJ), died in Rio de Janeiro on December 19 at 77 years of age. “Alba was one of the first to point out the relationship between the increase in homicides and the arrival of drug trafficking in the country,” recalls Sérgio Adorno, scientific coordinator of the Center for the Study of Violence at the University of São Paulo (NEV-USP), one of the Research, Innovation, and Dissemination Centers (RIDC) funded by FAPESP. Adorno shares that, in more than three decades of research, she innovated, for example, by analyzing the impact of public policies on violence prevention, the promotion of civic consciousness, and a more egalitarian society.

Zaluar, who obtained her undergraduate degree in social sciences from the Federal University of Rio de Janeiro (UFRJ), had to flee the country due to political persecution during the military dictatorship (1964–1985). A member of the Brazilian Communist Party (PCB) and a student activist along with her then-husband, physicist Alberto Passos Guimarães Filho, Zaluar began a master’s degree program at the University of Manchester in the United Kingdom in 1965, but never concluded it. When interviewed by sociologist Renato Sérgio de Lima, from the São Paulo School of Business Administration at the Getulio Vargas Foundation (EAESP-FGV) and chairman of the Brazilian Forum of Public Security (FBSP), for the 2011 book As ciências sociais e os pioneiros nos estudos sobre crime, violência e direitos humanos no Brasil (Social sciences and the pioneers in the study of crime, violence, and human rights in Brazil), she shares that she opposed armed struggle: “We have always believed that things should be done through democracy. We were Eurocommunists, and we opposed those who supported the Chinese and Cuban approach.”

In Manchester, Zaluar was part of a multidisciplinary department, including sociologists, anthropologists, and historians working from a “perspective of change, transformation, social process,” she added in her interview with Lima. When she returned to Brazil in 1974, she completed her master’s program in Social Anthropology at the National Museum of UFRJ, advised by anthropologist Roberto DaMatta. From her season in the UK, two authors remained influential for her: German sociologist Norbert Elias (1897–1990) and Jamaican cultural theorist Stuart Hall (1932–2014).

Ten years later, Zaluar obtained her PhD, also in social anthropology, from USP, advised by anthropologist Eunice Ribeiro Durham. Her research focused on the daily lives of slum residents in Greater Rio de Janeiro, resulting in the 1985 book A máquina e a revolta: As organizações populares e o significado da pobreza (Machines and uprisings: Popular organizations and the meaning of poverty)―which, according to Adorno, is “mandatory reading” nowadays in the fields of urban violence, sociology, and anthropology. Adorno believes the originality of the book lies in its defiance of the view, then widely accepted, that there exists a direct relationship between poverty and violence. “Because she wanted to understand the meaning of poverty in how those groups lived their lives, and not necessarily analyze urban violence, Alba was able to demonstrate, among other findings, that one’s identity, gained through labor, was built in opposition to that of criminals and vagrants. But this opposition was not rigid or absolute. Those relationships were more complex and ambiguous than that,” he recalls.

A fellow researcher at NEV-USP, political scientist Bruno Paes Manso highlights the novelty of Zaluar’s approach in the São Paulo academic scene. “Her descriptions of drug trafficking and how it contributed to the creation of a new type of masculinity in marginalized communities, as opposed to the sociability of samba schools, were fascinating,” he declares. “She was very vocal on social media and was active in the public eye; her willingness to clash with opposers enriched the public debate,” he analyzes, emphasizing the timeliness of the discourse in her 1994 book Condomínio do diabo (Devil’s condominium).

City of God
Zaluar’s investigations in the 1980s were also a starting point for the book City of God, published in 1997 by Paulo Lins and adapted into a film of the same name in 2002. Lins first met Zaluar when he was studying language at UFRJ, about 40 years ago. “She was developing research on crime among the lower classes and needed people to interview residents of Cidade de Deus [City of God] that were linked to crime. I resided there myself, and started doing these interviews. When she saw the result, Zaluar encouraged me to write a book,” reports the author―who, at the time, wrote poetry only. “I wrote City of God on and off over a period of 10 years, balancing it with work and the birth of my daughter. Zaluar never stopped encouraging me to finish it. If it weren’t for her, the book would have never happened,” claims the author. When interviewed by Lima, from FGV, Zaluar stated that the richness and depth of the work carried out by Lins affected the quality of the ethnographic research she was developing at the time. “I have always been interested in issues related to poverty, such as popular organizations, neighborhood associations, and popular culture. And that was what I went to study in Cidade de Deus, in the early 1980s,” she declared.

Zaluar was a lecturer at the University of Campinas (UNICAMP) and a full professor of social anthropology at UERJ. In 1997, she founded the Center of Violence Research (NUPEVI) at the UERJ Institute of Social Medicine. In 2002, she became the Joaquim Nabuco Professor at Stanford University, in the United States. Throughout the years, she was the recipient of several awards, such as the Chiquinha Gonzaga medal, from the Rio de Janeiro City Council, and the Roquette Pinto medal for Contribution to Brazilian Anthropology, from the Brazilian Association of Anthropology. She was the author of a dozen books and over 70 articles. She also served as advisor for over 20 master’s dissertations and 20 PhD theses.

Adorno, from NEV-USP, believes that, despite her long trajectory, Zaluar remained sensitive to changes in her field, something he considers unusual among specialists. “We were personally and intellectually close. I found out she was sick two years ago, but even so she never stopped working.” Adorno revealed that an unpublished article by Zaluar should be included in an organized crime dossier, in the next edition of Brazilian Journal of Sociology.

“Zaluar will leave a huge void, both due to her intellectual stature and to her ability to produce original considerations,” says Adorno, recalling that she is one of the most cited Brazilian social scientists abroad. One of her last public appearances took place at the end of October at the event Radicalization and Violence: Perspectives and Prevention Approaches, organized by FAPESP. On the occasion, she gave the lecture Vicious Circles in Public Security and the Increase of Crime in Brazil. Zaluar died of pancreatic cancer and is survived by two children.