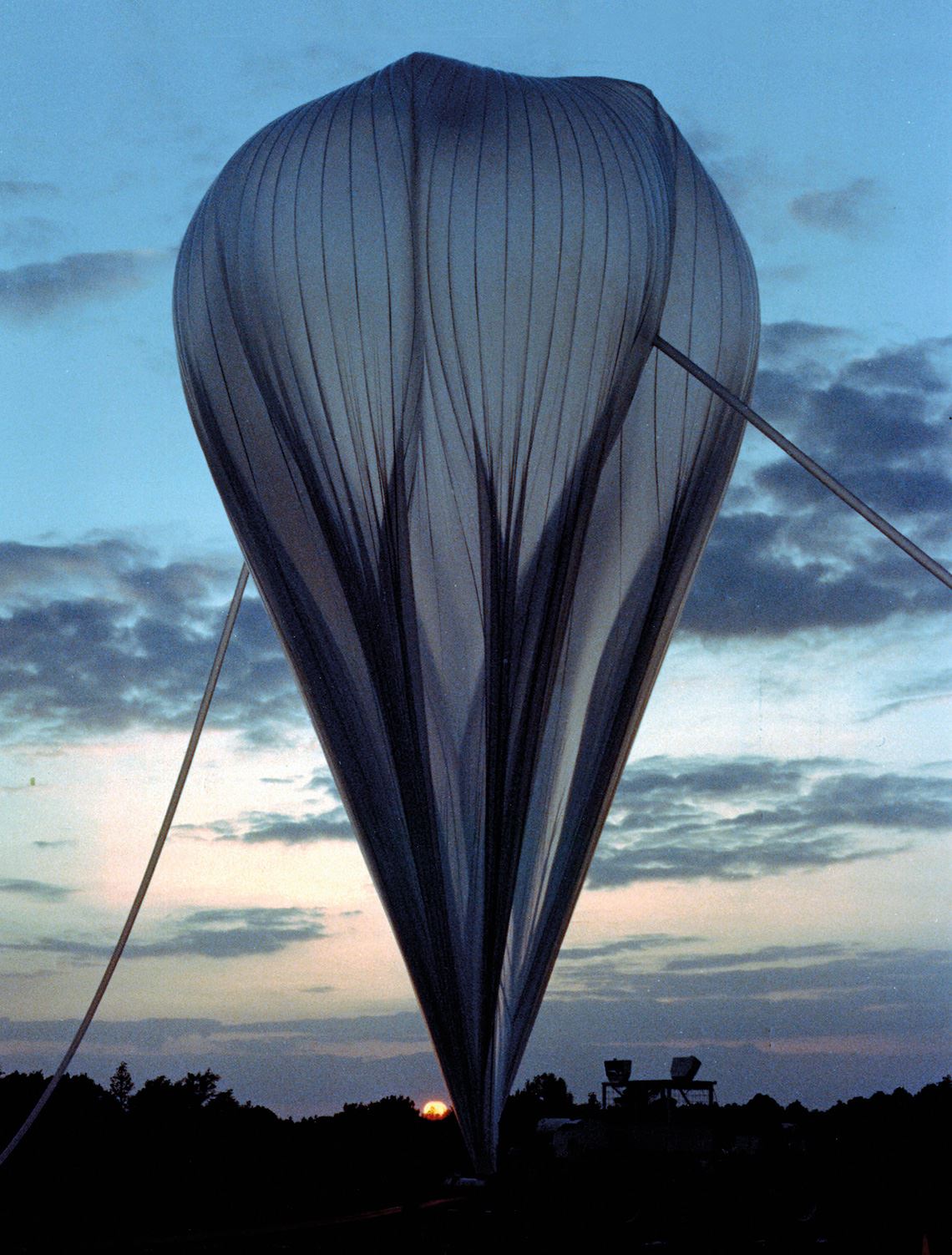 On the morning of February 6, 2020, in her welcome address at a symposium celebrating the 70th anniversary of the National Science Foundation (NSF), astrophysicist France Córdova summarized the essence of the institution under her leadership as follows: “The NSF brings together science innovators and entrepreneurs to solve big challenges that the nation and the world face.” Córdova stepped down from her position as director in late March, after serving a term of six years. In December 2019, president Donald Trump appointed Indian-born Sethuraman Panchanathan, chief research and innovation officer at Arizona State University and a member of the National Science Board (NSB), NSF’s oversight body, to replace her. His appointment is pending confirmation by Congress.

With an annual budget of US$ 8.3 billion for fiscal year 2020, NSF is the primary funding source for basic research in the US. In 2019, it provided science and technology grant funding to 1,800 universities and research centers, received 41,000 research proposals for evaluation—approving 11,300—and supported 306,000 researchers, professors, and students in the US. NSF funds everything from science teaching in primary education to train young leaders—“one of the White House’s and Congress’s priorities,” Córdova noted in her address—to astrophysics projects like the Laser Interferometer Gravitational-Wave Observatory (LIGO), which detected gravitational waves in 2015 and earned the three physicists who led the research a Nobel Prize two years later. The foundation has 4 oceanographic research vessels, 2 atmospheric research aircraft, 7 supercomputers, and 19 ground-based telescopes. National Institutes of Health (NIH), with a five-times larger budget, are dedicated exclusively to biomedical research.

Creating the NSF was among the recommendations in a report titled “Science, the endless frontier” prepared in July 1945 by American engineer Vannevar Bush (1890–1974), the then director of the Office of Scientific Research and Development, an agency created to coordinate scientific research during World War II (1939–1945). “Bush advocated for the creation of NSF to strengthen the US’s position on the global scene,” says historian Gildo Magalhães, director of the Joint Center for the History of Science at the University of São Paulo (USP).

In the report, prepared on commission from the US government, Bush provided an overview of US science expenditure from 1930 to 1940. Expenditures for scientific research by industry and Government—almost entirely applied research—were six times as large as the research expenditures of colleges, universities, and research institutes in 1930; by 1940 they were nearly 10 times as large. “If the colleges, universities, and research institutes are to meet the rapidly increasing demands of industry and Government for new scientific knowledge, their basic research should be strengthened by use of public funds,” he wrote. He defined basic research as research performed without thought of practical ends, which results in “general knowledge and an understanding of nature and its laws.” This “knowledge provides the means of answering a large number of important practical problems, though it may not give a complete specific answer to any one of them.” 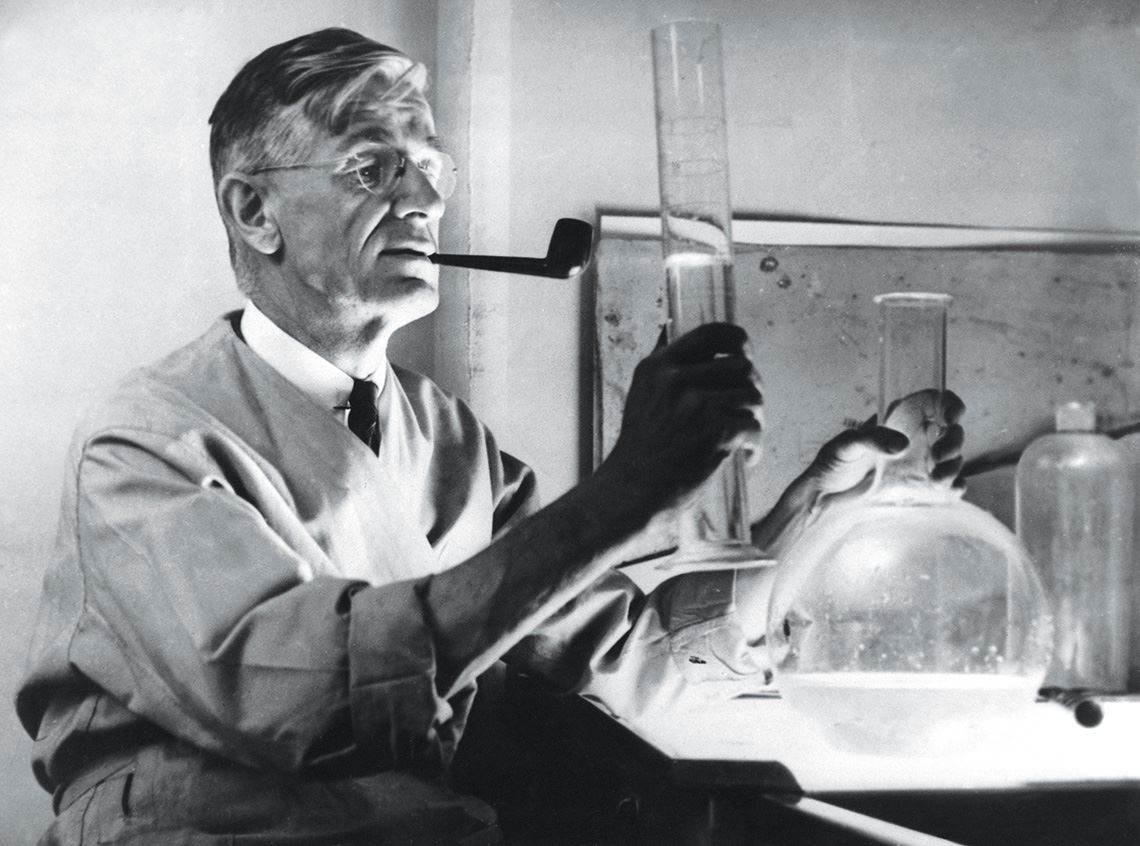 In July 1945, senator Warren Magnuson (1905–1989) introduced a bill to create the new institution, under the name National Science Foundation. Congress passed the bill in 1947, but Harry Truman (1884–1972) vetoed it because it did not give the president authority to name the director of the agency.

The US government finally approved the setting up of NSF on May 10, 1950, establishing a National Science Board (NSB) of 24 part-time members and a director as chief executive officer, all appointed by the president—today, NSF has a workforce of 1,850 and a rotating body of 200 reviewers who evaluate research-funding proposals. The president also appoints the director and a 24-member National Science Board (NSB) serving six-year terms.

As Córdova noted in her presentation of a new edition of the Bush report, as part of the 70th anniversary celebrations, the new institution ultimately did not fund all basic research by the federal government as Bush had originally envisaged, due to the expansion of other centers such as NIH, the now-defunct Atomic Energy Commission, and the Office of Naval Research. 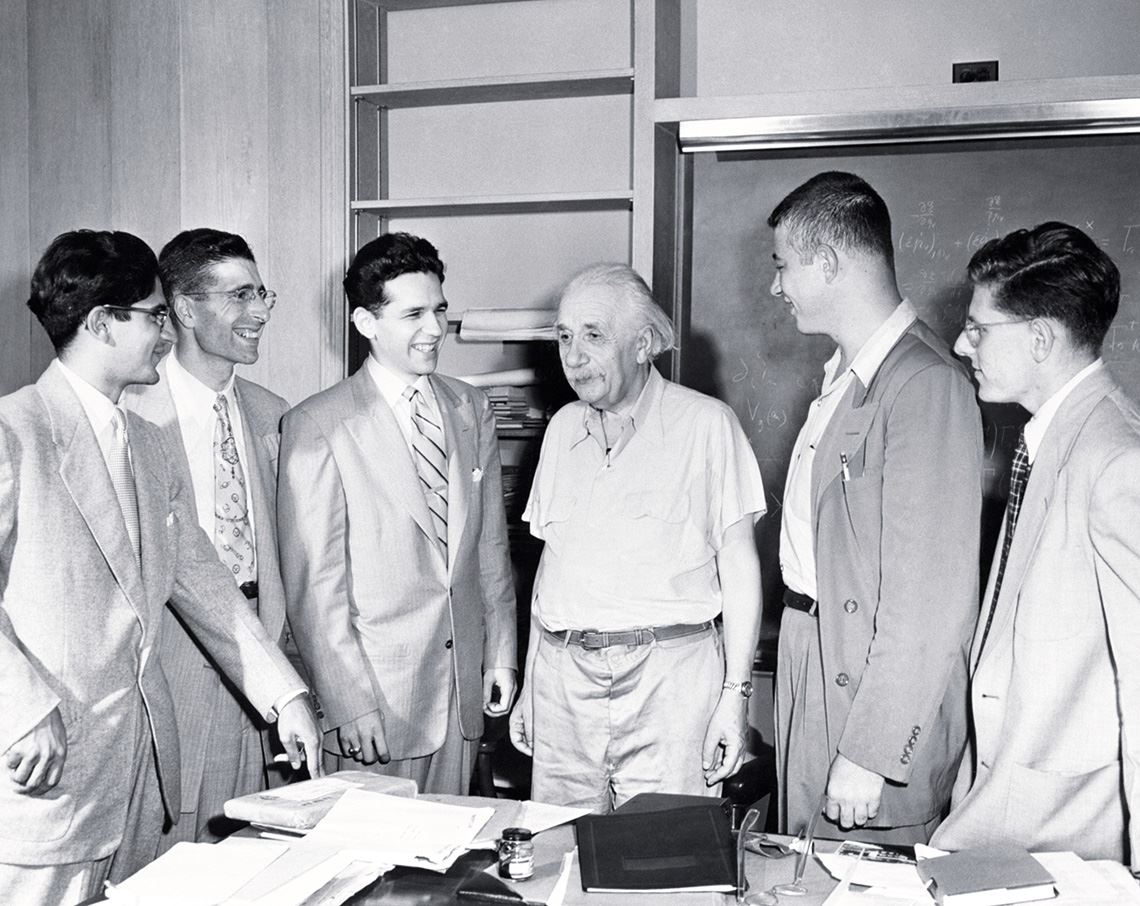 The Soviet Union’s launch of the Sputnik I, the world’s first successful artificial satellite, in October 1957, triggered a national self-appraisal and expansion of the scientific research and education establishment. One of the effects of this was the creation of the National Aeronautics and Space Administration (NASA), in July 1958. “From 1957 to 1961, federal Research and Development (R&D) funding doubled, while federal funding for basic science tripled,” wrote historian Mark Solovey of the University of Toronto in an article published February 2019 in the International Journal for History, Culture, and Modernity. The NSF budget spiraled upwards from US$40 million in 1958 to US$500 million in 1968.

As another effect from the Sputnik launch, federal funding for basic science tripled. In 1972, Congress adopted a resolution placing science, technology, engineering, and mathematics programs under the NSF mandate. These remain among the agency’s priorities. The NSF website provides a wealth of textbook materials and videos about science and technology for children and youth.

The agency’s relations with the federal government have not always been on the best of terms. During the symposium in February, sociologist Richard Atkinson, who served as director from 1977 to 1980, recalled that in the late 1970s the foundation came under considerable attack. The agency was severely criticized over an NSF-funded science curriculum that had been approved without customary peer review, and that “many conservatives regarded as undermining traditional U.S. values,” he remarked. Atkinson was the first director to manage a budget of US$1 billion, and negotiated the first scientific agreement with China for the exchange of scientists and scholars. 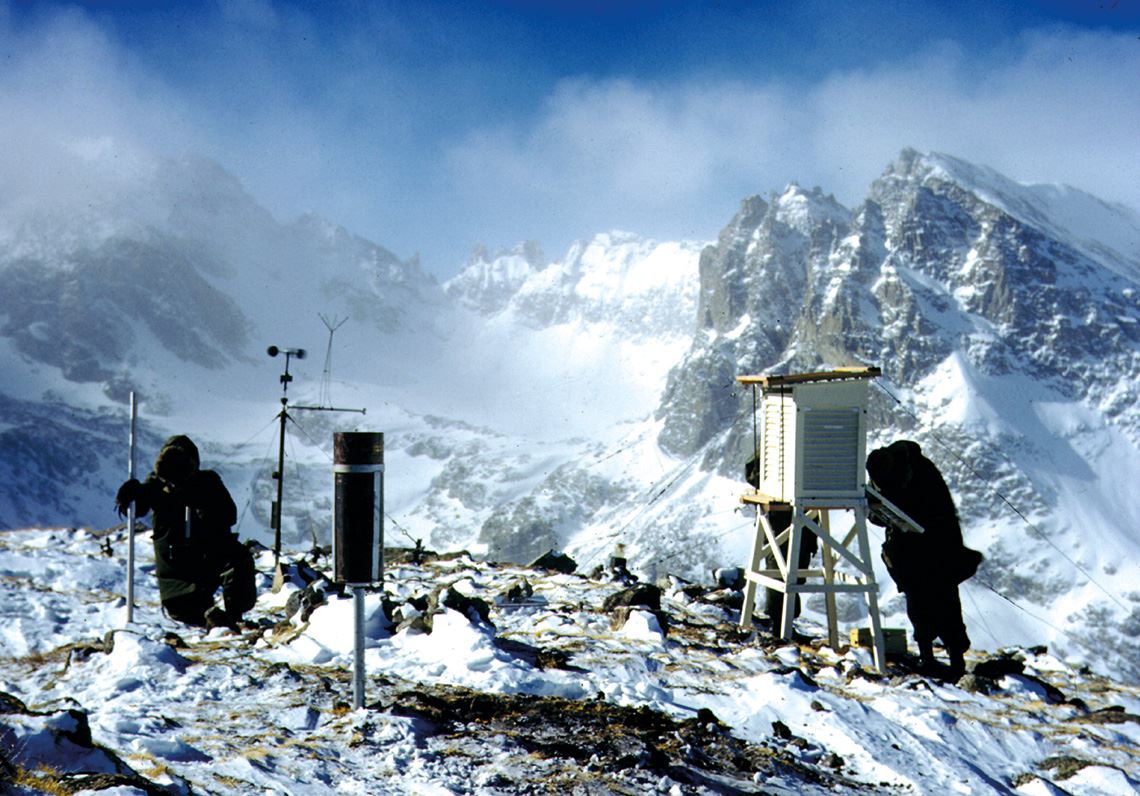 NSF is currently experiencing a period of uncertainty. “Since 2017 the White House has called for radical budget cuts of between 11% and 30% per year, which Congress has thankfully reinstated, and even increased,” says anthropologist Emilio Moran, a professor at Michigan State University and a member of the NSB, who is currently leading a project that is assessing the impacts of hydropower dams in the Amazon, with support from FAPESP. “To prevent budget contraction,” he adds, “we have worked to make a compelling case to Congress of the importance of science and technology for our progress as a country.”

NSF, he says, is currently faced with two major problems. The first is China’s growing investment in science and technology, which has outpaced US expenditure. “We have yet to convince Congress to increase investment in this area to levels matching Chinese investment,” says Moran. The second is the currently unwelcoming environment for foreign scientists, especially coming from India and China. “Any restriction of this nature is a mistake,” he says. “Nearly half of US science and engineering is done by talented scientists from abroad.”

The foundation “collaborates across departments and really plays a role in our economic growth,” said Kelvin Droegemeier, director of the White House Office of Science and Technology Policy, during the February symposium. In 2018, NSF awarded approximately US$200 million in project grants to small businesses as part of the Small Business Innovation Research (SBIR) program, which has 11 participating agencies. 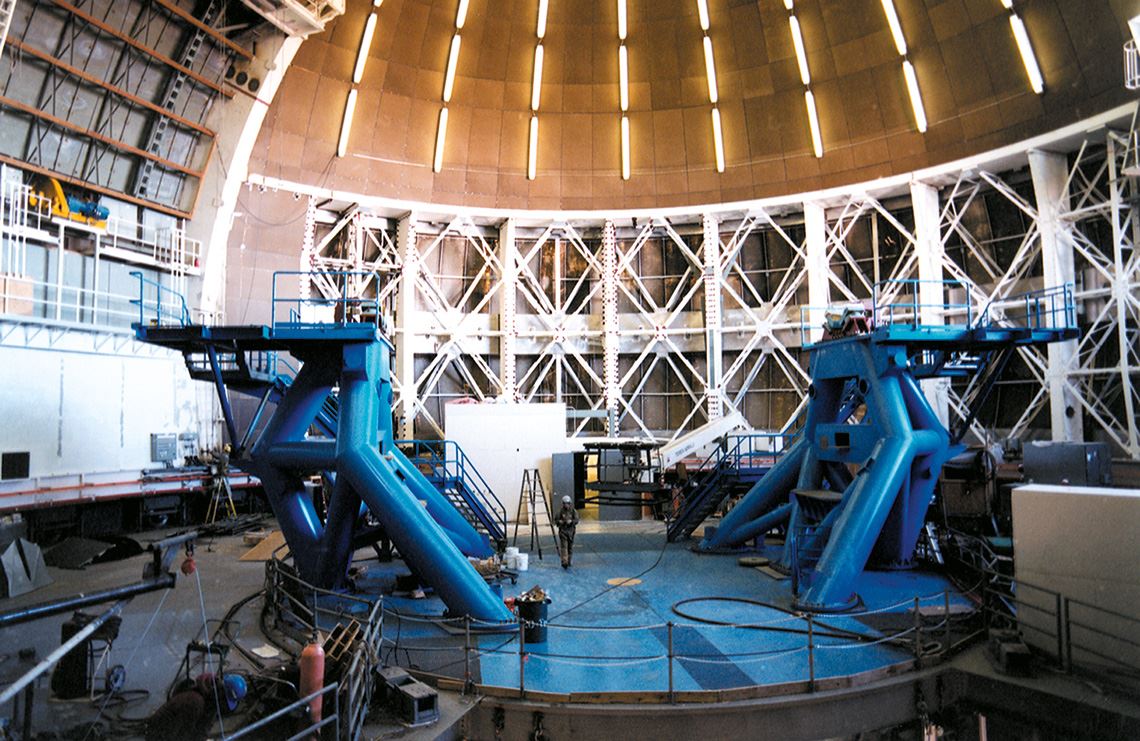 Inside Gemini North, one of the telescopes operated by the foundation, in 1998NOAO / AURA / NSF

Created in 1977, SBIR inspired FAPESP to launch a Brazilian counterpart, the Research for Innovation in Small Businesses program (RISB, or PIPE in the Portuguese acronym), in 1997 (see the PIPE 20 Years special). The two foundations have extensively collaborated over the years. The most recent scientific agreement, in 2011, brought together the research teams of two supported programs—Biota-FAPESP and Dimensions of Biodiversity—in a collaboration that has materialized into 79 FAPESP-supported research projects.

NSF has also directly funded research in Brazil. In the 1990s—alongside NASA, the Brazilian National Council for Scientific and Technological Development (CNPq), and FAPESP—it funded the first stage of the Large-Scale Biosphere-Atmosphere Experiment in Amazonia (LBA) program. Now exclusively funded by Brazilian agencies, the LBA program provided insight into interactions between the atmosphere, soils, rivers, flora, fauna, and humans, generating around 2,000 scientific articles.

Bush’s “Science, the endless frontier” inspired the establishment of research funding agencies in several countries, including Brazil, which were interested in setting up their own systems of science and technology. Brazilian researchers referenced the report in proposals to the Constituent Assembly of 1947 that led to the creation of FAPESP, as describe in detail in the book FAPESP 50 anos—Meio século de ciência (FAPESP 50 years—Half a century of science; FAPESP, 2015), a project led by historian Shozo Motoyama. “Admiral Álvaro Alberto [da Mota e Silva, 1889–1976] borrowed on Bush’s ideas in creating the CNPq in 1951 and in advocating that atomic energy be used for peaceful purposes rather than being made inaccessible to Brazilian scientists,” says Magalhães.

With an undergraduate degree in international relations and a PhD in science and technology policy, Renan Leonel da Silva, a researcher at the USP School of Medicine, recognizes Bush’s fingerprints on the Sucupira report in 1965. The report, authored by historian and philosopher of science Newton Sucupira (1920–2007), a member of the Federal Education Board and a professor at the Federal University of Pernambuco, provided guidelines for the establishment of a graduate education system in Brazil. “Sucupira and the rest of the report committee argued, however, that Brazil’s graduate education system should be adapted to local needs rather than simply mimicking the US experience,” notes Silva.