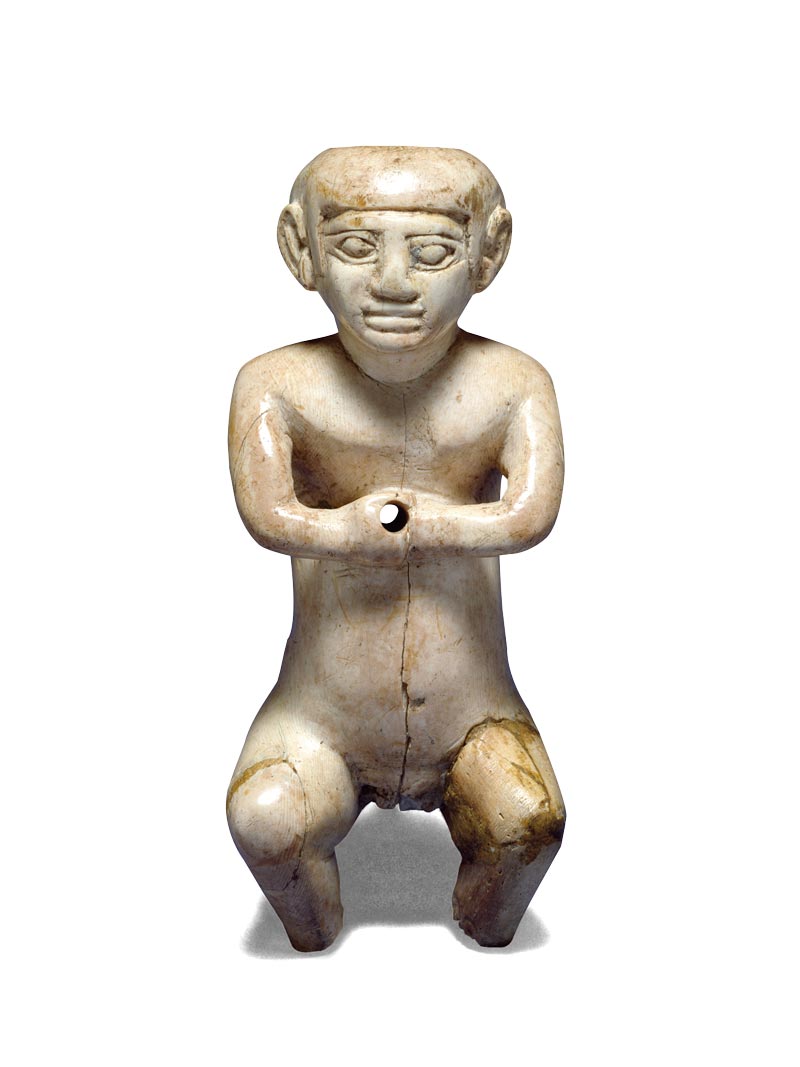 Statuette of a man with dwarfism, made of hippopotamus ivory between 2200 and 2150 BCWalters Art Museum

People with deformities and rare diseases were not always mistreated in the past. In several ancient societies, such individuals appear to have been given social support and special care.
In some cases, they were even buried alongside the local elite. Examples of the special treatment afforded to people with rare diseases in the past were presented at the 1st Workshop on Ancient Rare Diseases, held in Berlin, Germany, between February 27 and March 1. While recently excavating a site in the Peruvian Andes, physical anthropologist J. Marla Toyne, from the University of Central Florida, USA, found the 800-year-old mummified body of a Chachapoya man with significant bone loss and a collapsed spinal column, possibly caused by T-cell leukemia, a rare and aggressive form of cancer. According to Toyne, the man had fragile bones, probably suffered from joint pain, and would not have been able to walk far. He was buried in a special tomb reserved for people of high status. “The community was aware of his suffering and they most likely had to make some accommodations for his care and treatment,” the researcher told the journal Science. Anna Pieri, an independent bioarchaeologist from Livorno, Italy, recently identified a man and woman with dwarfism who lived 4,900 years ago in Hierakonpolis, the religious and political capital of ancient Egypt. The pair were buried in royal tombs. X-ray analysis led Pieri to suggest that they both suffered from pseudoachondroplasia, which impairs bone growth. Documents and artifacts suggest that in ancient Egypt, people with dwarfism were considered special, thought to have a connection with the divine. The organizers of the event are creating a database of similar cases.