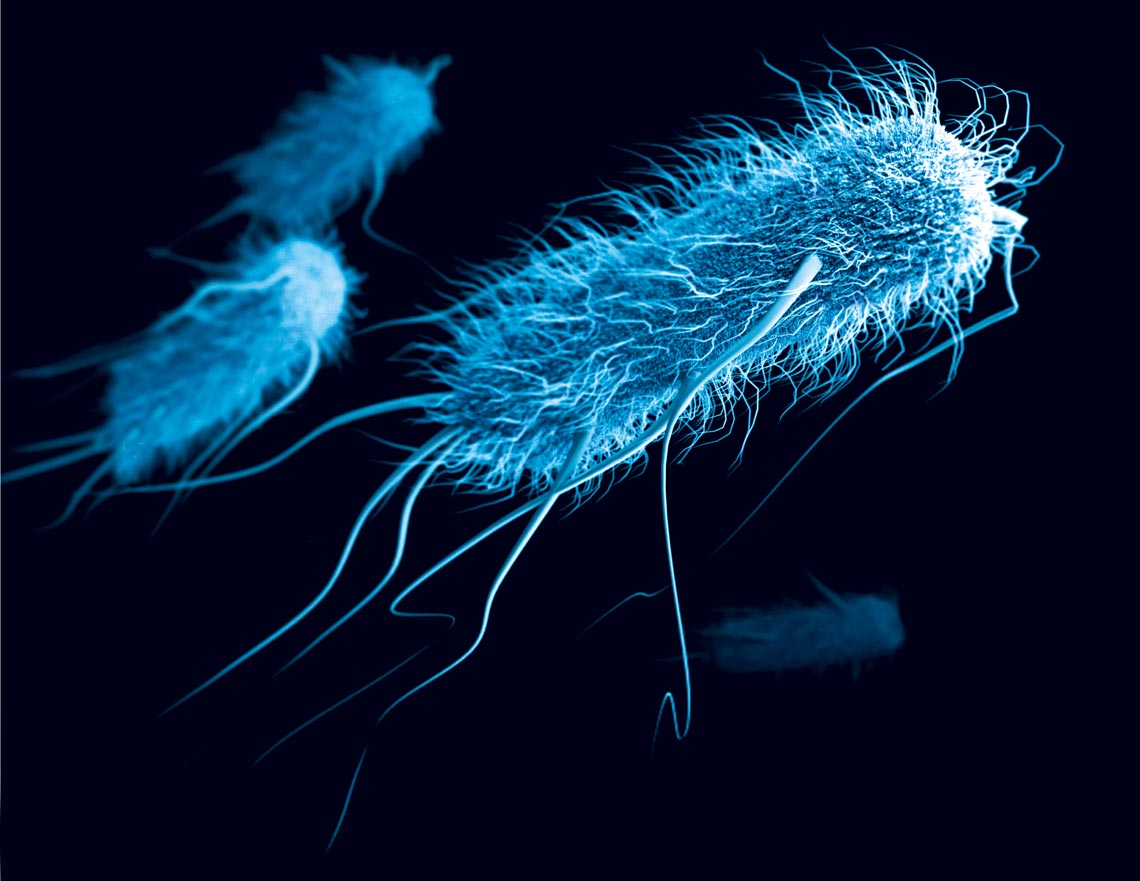 Illustration of the bacteria Escherichia coli, a species that has been developing resistance to medication.

Almost three quarters of all antibiotics sold worldwide are used in the production of animals for meat, an industry that has grown by 40–68% in Asia, Africa, and South America since 2000. An international group of researchers led by Thomas Van Boeckel of ETH Zurich collated the results of 901 surveys conducted between 2000 and 2018 and found that there is an association between the use of antibiotics and the development of resistance to these drugs in the bacteria species Escherichia coli and Staphylococcus aureus, and the genuses Salmonella and Campylobacter, which can cause diseases in livestock and humans. The proportion of antibiotics that are now unable to eliminate at least half of these bacteria in chickens increased from 0.15% in 2000 to 0.41% in 2018 (an increase of 1.5% per year). In pigs, the rate almost tripled: from 0.13% to 0.34% (annual growth of 1.3%). The survey did not detect significant changes in cattle (Science, September 20). Several low- and middle-income countries are named in the analysis as particularly prevalent in terms of increasing resistance, mainly in Asia and Africa. Brazil is also on the list, especially the southern states. The researchers warn that the arsenal of drugs available to combat harmful bacteria in the food industry is decreasing. Based on animal density data from 2013, they estimate that worldwide, 9% of cattle, 18% of pigs, and 21% of chickens are raised in regions where there is antibiotic resistance. In the opinion of the researchers, antibiotics that are important to human health should not be used for livestock.