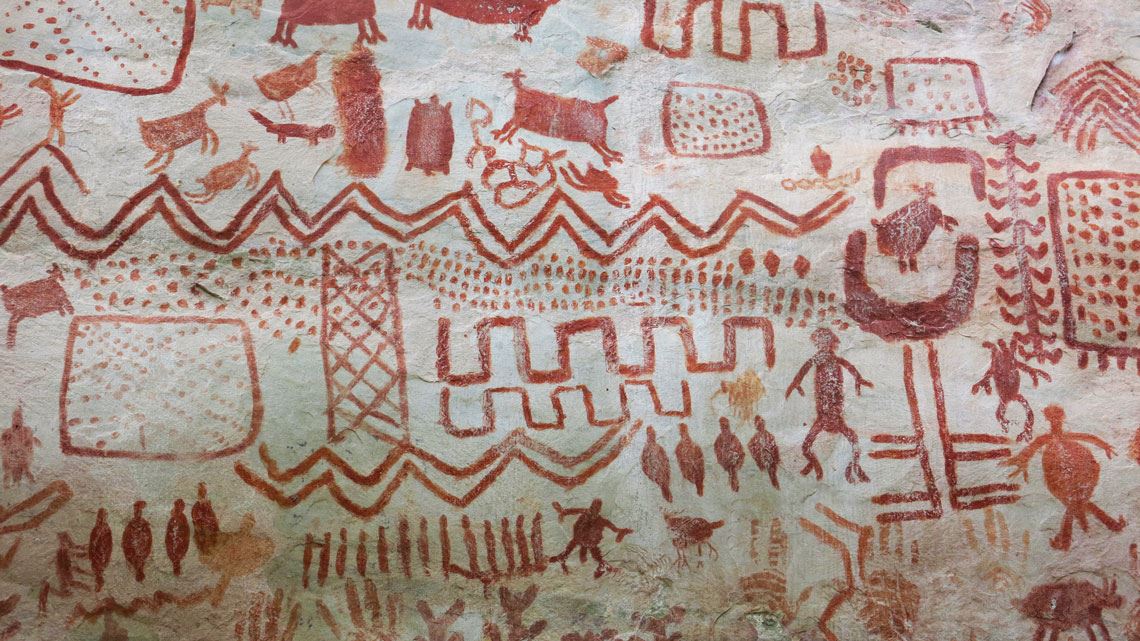 According to the dating of seeds and carbonized material from the Serranía de la Lindosa archaeological site in central Colombia, the first humans settled in northwestern Amazonia at least 12,600 years ago, at a time when the planet was becoming colder and drier, indicates. Now located on the edges of the Amazon rainforest, this area was once covered by savannah vegetation. In recent years, a group led by Gaspar Morcote-Ríos, an archaeologist from the National University of Colombia, has excavated three rock shelters in La Lindosa (Cerro Azul, Cerro Montoya, and Limoncillos) and found a large number of lithic artifacts and animals teeth and bones, as well as seeds from various edible plants (mainly palms). They also discovered rock walls covered in hundreds of cave paintings, dubbed “the Sistine Chapel of the ancients.” Material from the deeper layers of the caves were dated at 12,600 to 11,800 years old (Quaternary International, March 20). Morcote-Ríos and his colleagues speculate that the first inhabitants of La Lindosa may have arrived from the Bogotá plateau, situated a few hundred kilometers farther north in the Andes mountain range, where there human settlements had lived since at least 13,600 years ago. In the Amazon, the oldest human occupations (13,200 years old) were found in the Pedra Pintada cave, in Pará.