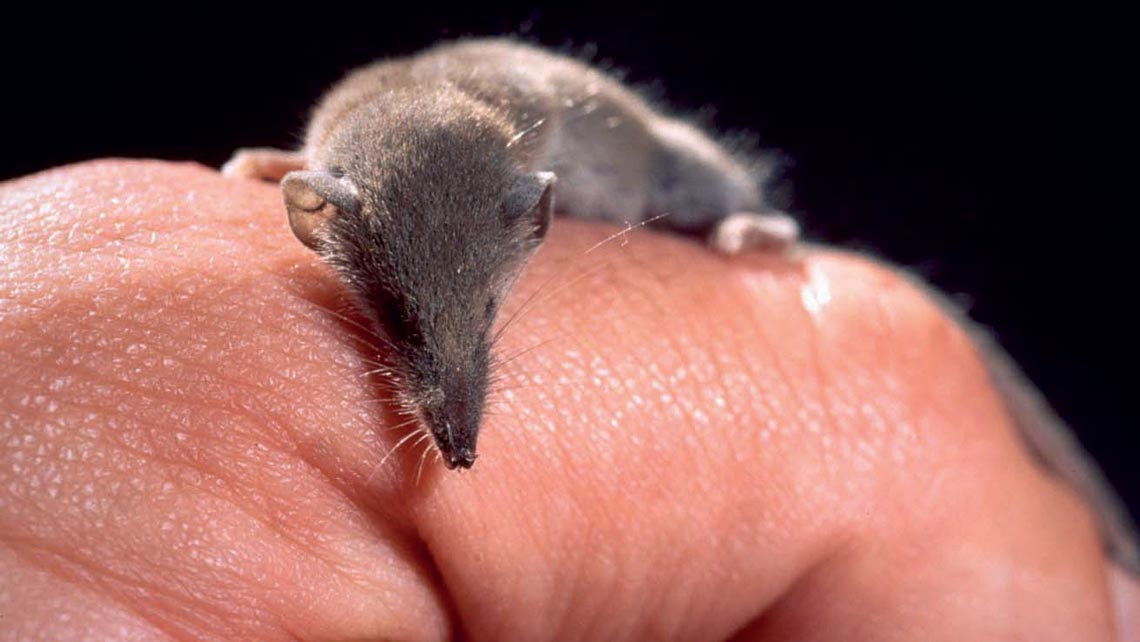 In adverse conditions, such as when it is cold or food is scarce, the brain of some rodents shrinks in size, helping to conserve energy—the organ returns to its normal size when conditions become more favorable. To investigate what impact the so-called Dehnel phenomenon has on brain structure and neuronal activity, neurobiologist Saikat Ray of the Weizmann Institute of Science in Israel and his colleagues from Germany and China analyzed the brain of the world’s smallest land mammal: the pygmy shrew (Suncus etruscus), which has a high metabolism and low energy reserves. Imaging exams showed that the cortex of the rodent (photograph) was 10% smaller in winter than in the summer (PNAS, December 15). The area that shrank the most (28%) was the somatosensory cortex, which is linked to the sense of touch and the ability to capture prey. According to the authors, the study illustrates the plasticity of neural systems and how they can adapt to extreme conditions.