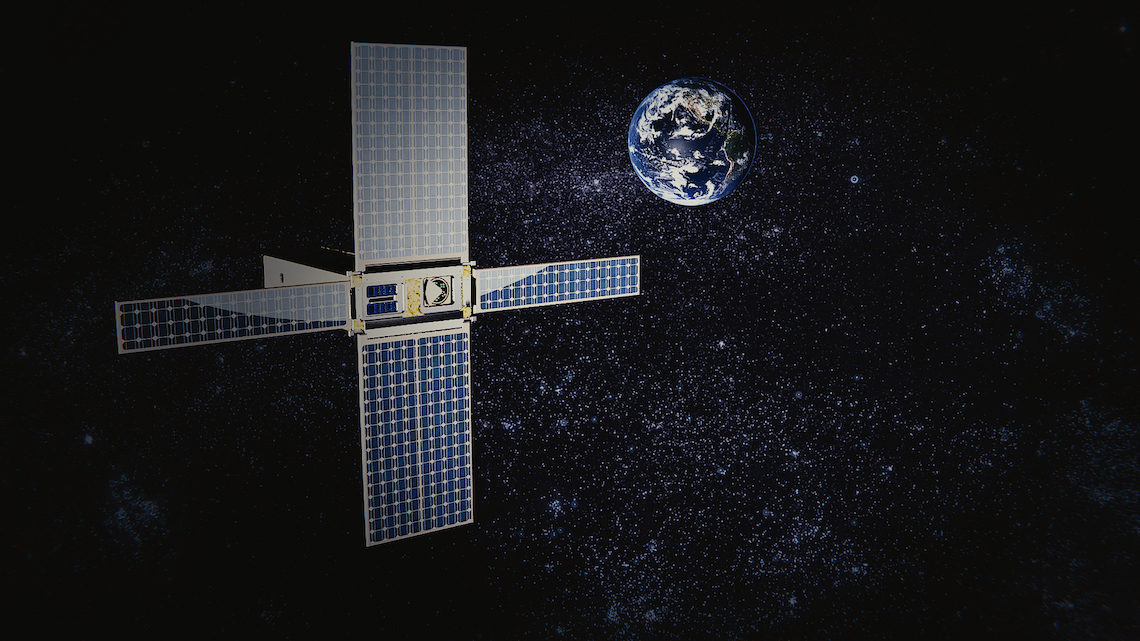 Artistic representation of the Garatéa-L probe

When Lucas Fonseca returned to Brazil in 2013, he found that his educational background and professional experience would have little practical application in the country. Having graduated in mechatronics engineering from the University of São Paulo (USP) in São Carlos, Fonseca studied a master’s degree in aerospace engineering at the French Institute of Aeronautics and Space and then spent nearly three years working on a European Space Agency (ESA) project at the German Space Agency (DLR). He was part of a pioneering mission called Rosetta, which landed a probe on the surface of a comet. With no space missions to work on in Brazil, Fonseca decided to create his own, founding São Carlos–based aerospace company Airvantis. Through this startup, he created Garatéa-L, the first mission to put a Brazilian probe into lunar orbit.

Despite its modest size and relatively low cost, Garatéa—which in Tupi-Guarani means “search for life”—is a sophisticated scientific mission (US$10 million is being raised). Fonseca and collaborators from four Brazilian institutions plan to conduct a biological experiment in a 7-kilogram nanosatellite the size of a shoebox. The group, coordinated by Fabio Rodrigues of USP’s Institute of Chemistry (IQ-USP), is attempting to verify whether extremophile bacteria and fungi, which live in some of Earth’s most inhospitable environments, are capable of surviving in space.

Read more:
– Returning to the Moon
– From war to space

While orbiting the Moon, Garatéa-L will follow its trajectory around Earth, passing through varying levels of exposure to space radiation, especially from the Sun. On Earth, the planet’s magnetic field and atmosphere protect living beings and machines from space radiation.

The experiment will automatically send results back to Earth by radio over a six-month study period. “If the microorganisms survive in space, we will then do tests in the lab to try to identify which biochemical mechanisms are protecting them from radiation,” says Fonseca, CEO of Airvantis and chief fundraiser for the mission. This information could help decrease human exposure to radiation or minimize its effects during long-distance space travel.

Extremophiles
Rodrigues and his team are currently selecting which microorganisms are most suitable for the experiment. In tests using balloons that fly at heights of 25 kilometers (km), the researchers assessed the resistance of three fungi species and one bacterium, all extremophiles, at very low temperatures and humidities and under high levels of ultraviolet radiation. Two species of fungus (Naganishia Friedmannii and Exophiala sp) survived in greater quantities than the bacterium (Bacillus subtillis), according to an article published in Applied and Environmental Microbiology in 2018.

The Garatéa-L experiment will be conducted in a nanosatellite to be built by the Aeronautics Institute of Technology (ITA) and lab tested by the Brazilian National Institute for Space Research (INPE). It will be an enhanced version of two existing nanosatellites: the ITASAT and the SPORT. Launched in 2018, the ITASAT collects temperature, humidity, and pressure data from 900 stations located around Brazil. The SPORT, still under development in partnership with NASA and two other US institutions, is expected to be ready by 2020, and will be used to take measurements in the ionosphere. This upper layer of Earth’s atmosphere, from about 60 km to 1,000 km altitude, is influenced by solar storms that can damage satellites and affect airplane navigation systems.

“Garatéa will be a more advanced nanosatellite than the SPORT. Its hardware and software will need to withstand a much higher level of radiation,” says ITA mechanical engineer Luís Loures, who coordinates the development of the SPORT. If all goes as planned, Garatéa-L could be launched in 2022.