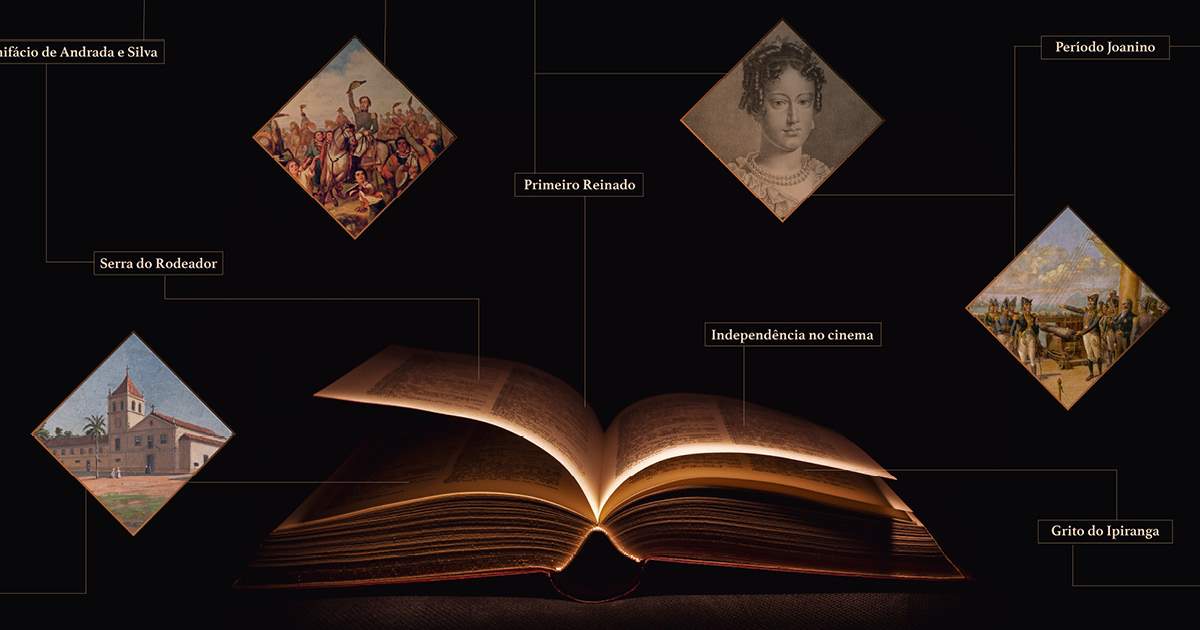 Illustration on photo by Dejankrsmanovic

Described as the leader of a troop of bow-and-arrow-wielding Indian warriors, Bartholomeu “Jacaré” took part in the battles for the Independence of Bahia from 1822 to 1823. In one such battle, as a member of a platoon led by lieutenant colonel Pires de Carvalho Albuquerque (1788–1848), he fought against Portuguese forces attacking a sugar mill in Bahia, as revealed by documents written during the course of the military campaign. “In an impressive though perhaps implausible feat, Jacaré is said to have killed his Portuguese opponent using the same bullet with which—miraculously without damage—the enemy had shot him in the chest previously,” writes historian Elisa de Moura Ribeiro in an entry about the famed soldier in Dicionário da Independência: História, memória e historiografia (Dictionary of Brazil’s Independence: History, heritage, and historiography).

With a total of 765 entries, the book—slated to be launched this semester—provides a multifaceted picture of the events leading up to Brazil’s Independence. The dictionary covers the period from 1808, when the Portuguese Crown transferred to Brazil, to 1831, when Emperor Pedro I (1798–1834) abdicated the throne. “Like every major historical event, Brazil’s Independence has multiple dimensions in space and time that link it directly and indirectly to different aspects of historical society,” notes the preface to the book, written by Cecília Helena de Salles Oliveira and João Paulo Pimenta, both professors in the Graduate Program in Social History at the School of Philosophy, Languages and Literature, and Humanities at the University of São Paulo (FFLCH-USP).

The book was produced as a collaboration between the Guita and José Mindlin Library of Brasília (BBM), at USP, and Instituto Camões, in Portugal. The project was developed as part of a broader program, called “3 Times 22,” launched in 2017 at BBM-USP to reflect on the 200th anniversary of Brazil’s independence, the 100th anniversary of the 1922 Week of Modern Art, and current events—the book will be available from the BBM website. In 2018, Alexandre Macchione Saes, the program manager and currently the director of the museum, tasked Oliveira and Pimenta with compiling a dictionary about the events surrounding Brazil’s Independence. “Their findings showed that the country’s declaration of independence from Portugal cannot be properly understood by looking only through the lens of the winning project, or only at the events in Rio de Janeiro and São Paulo,” says Saes, a professor at the USP School of Economics, Business Administration, and Accounting (FEA), who authored an entry on the “Political economy.” “The dictionary is unique in its diversity.”

This can be seen, note Oliveira and Pimenta, in the plurality of researchers who collaborated on the book—276 experts in 11 countries. Besides Brazil, the dictionary drew contributions from the US, Canada, France, Portugal, Colombia, Spain, Mexico, Uruguay, Chile, and Argentina. “One of the goals of the project was to provide the global context surrounding Brazil’s Independence by situating it within the major shifts that were occurring in the mid-eighteenth century across America, Europe, Africa, and, to a lesser extent, Asia,” explains Pimenta. Diversity was also factored in the choice of Brazilian collaborators, who were invited from universities in virtually every state of Brazil. “We wanted to cover the many different events taking place in different regions of Brazil,” says Oliveira, a professor at Paulista Museum (MP-USP) who has done extensive research on Brazil’s Independence since the 1970s. “We were careful to bring together different generations of researchers, from the most experienced to those just starting their careers. The dictionary is a kaleidoscope of references, information, and interpretations.”

According to Pimenta, the book seeks to capture the wealth of Independence research that has been done since the nineteenth century, and to provide fresh insights. It includes entries on canonical events and characters, such as Dom João VI (1767–1826), statesman José Bonifácio de Andrada e Silva (1763–1838), and the events of September 7, 1822. “We attempted to explore not only the events proper and their main characters, but also the way they have been politically exploited over time and the fabrications and myths that have surrounded them since,” says Pimenta.

But the dictionary also sheds light on lesser-known aspects of the circumstances leading to the Declaration of Independence. An entry on the “Rodeador Mountains,” for example, describes an area in Brazil’s northeastern state of Pernambuco that harbored a messianic community founded around 1811 by Silvestre José dos Santos, or Silvestre César, a deserter from the 12th Militia Battalion. Flavio José Gomes Cabral, a professor of history at the Catholic University of Pernambuco (UNICAP), remarks in this entry how the community had as many as 200 armed members who disavowed Dom João VI and worshiped the mythical figure of Dom Sebastião (1554–1578), a Portuguese king whose death in battle against the Moors in the sixteenth century was rejected by the Portuguese and led to the belief that the monarch would one day return to save the Portuguese people. On October 25, 1820, the Crown’s army raided the village. “Their homes were destroyed and torched by the soldiers. Both those killed in action and those injured were heaped into a pile and burned. After destroying the village on October 26, 1820, the troops dragged the prisoners who had escaped death to the village of Bonito, as if they were war trophies,” Cabral continues.

“The very format of the dictionary favors diversity of subject matter and authors,” says Oliveira. For example, there are entries exploring how the country’s independence has been depicted in Brazilian literature and photography, among other media. As noted by historian Ana Carolina de Moura Delfim Maciel in an entry on “The Declaration of Independence in the movies,” the first known film on the subject was the feature film Grito do Ipiranga (The cry of Ipiranga), also referred to as Independência ou morte (Independence or death). Produced in São Paulo in 1917, the film was directed by Italian Giorgio Lambertini and scripted by writer and journalist Eugênio Egas (1863–1956), who authored the book O grito do Ipiranga (The cry of Ipiranga; 1909). “The cast was a picturesquely homely group […] The actress who played the Marchioness of Santos would leave the set and head directly to the kitchen to prepare an Italian dish, polpetas, for the crew,” notes Maciel, a professor in the Graduate Program in Multimedia at the University of Campinas (UNICAMP).

The dictionary also includes entries by leading scholars of Brazilian independence, past and present. The list spans from the nineteenth century, with names such as Francisco Varnhagen (1816–1878), through the twentieth century to the present day. “Brazilian historiography has evolved a great deal in the last two decades and has brought new perspectives on the circumstances surrounding the country’s independence, including the role played by women and indigenous peoples. Although we disagree with what has been written or left unwritten by some historians in the past, it is still important to recognize their works. We cannot forget that many of the issues that are now being raised have built on the seminal work of these bygone authors,” says Oliveira.