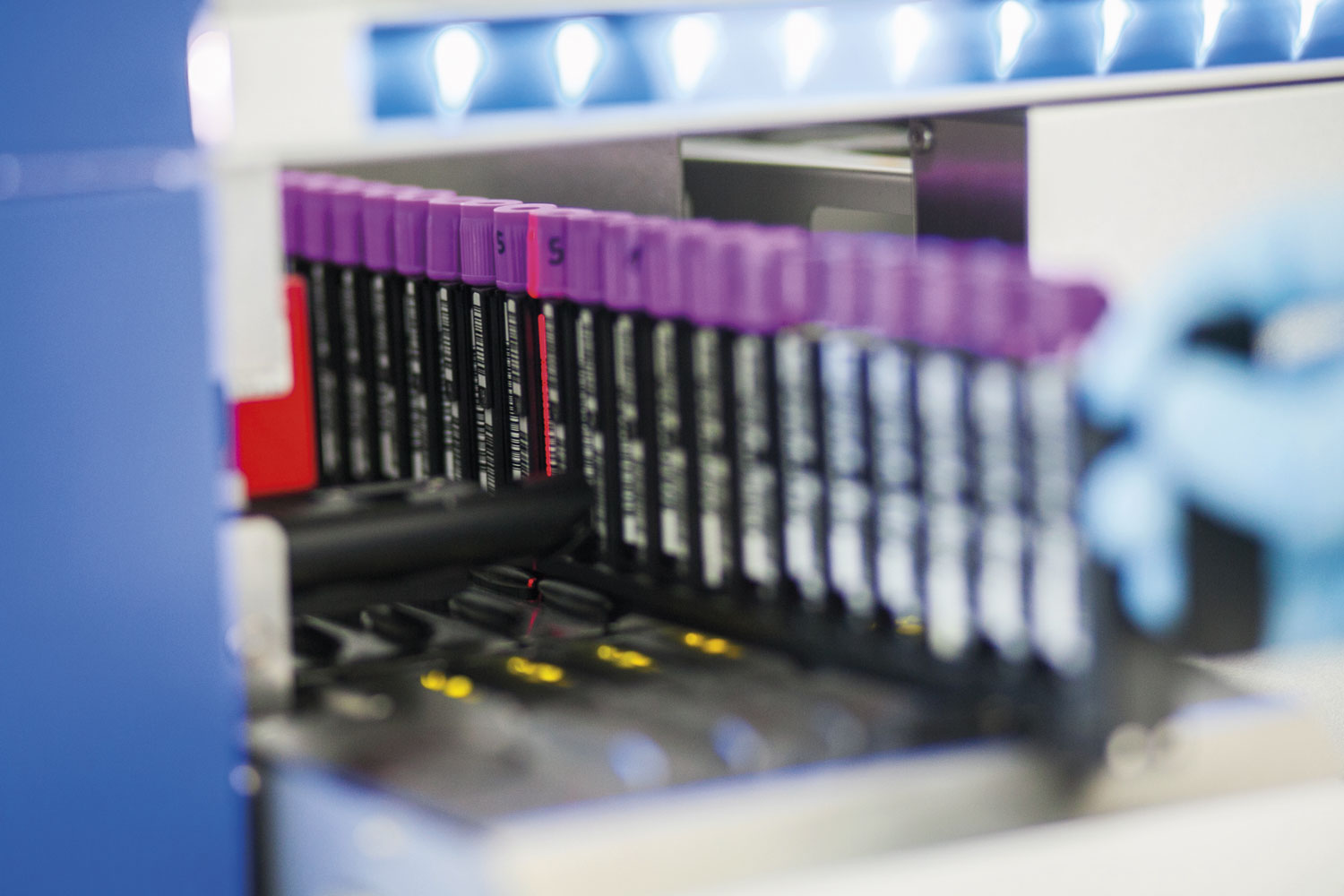 Every year, 8.8 million people around the world die of cancer. In Brazil, the number of people killed by the disease is rising, from 152,000 a year at the beginning of this century to 223,400 in 2015, according to data from the World Health Organization (WHO). The WHO states that early detection and proper treatment are key to reducing the impacts of cancer, and it is therefore fundamental that we develop innovative solutions to facilitate cancer diagnosis and treatment, as well as reducing costs. Four Brazilian startups—Ziel, Onkos, OncoTag, and Genomika—are currently investing in research of this nature, and all of them have created products that will soon be available on the market.

Ziel Biosciences, founded in 2011 by biologist Caroline Brunetto de Farias and physician Daniela Baumann Cornélio, won the “Transforming the oncology journey” award in December 2017, a challenge promoted by pharmaceutical company Roche together with 100 Open Startups, an international organization that connects new businesses with large, established companies. Ziel is based at the Center for Innovation, Entrepreneurship, and Technology (CIETEC), in the city of São Paulo.

The solution it submitted to the competition involves an innovative screening technique for cervical cancer, which affects 16,000 women a year in Brazil and is fatal in a third of these cases. The SelfCervix device allows women to collect their own samples, which can then be sent for laboratory testing to check for the presence of human papillomavirus (HPV) and other cancer biomarkers. This type of tumor can be prevented if detected early enough. The traditional diagnosis method is the Pap smear, which can fail to detect abnormal cells in up to 35% of cases, resulting in a high rate of false negatives. Medical experts thus recommend that the exam be repeated yearly. According to the Brazilian Society of Clinical Oncology, 52% of Brazilians have never had a Pap smear.

Cornélio says that self-sampling is practical because women do not have to spend time scheduling and attending gynecologist appointments. It also provides an opportunity for those who are uncomfortable with the invasive nature of the Pap smear or who cannot undergo the procedure due to religious or cultural restrictions to get tested. “There are communities in Africa, Asia, and Brazil, such as indigenous groups in the Amazon, where women can only be examined by other women, but there are not enough female professionals to supply this demand,” she says.

Self-sampling is already being tested in some countries. According to Cornélio, the advantage of SelfCervix over other self-sample devices is that it is delicate and gentle enough to be inserted very close to the cervix, allowing the collection of a greater quantity of cells for testing, with less risk of contamination by material from the vaginal wall. The results indicate a superior performance to the Pap smear, with an accuracy of 88%. The product is currently in the registration phase with the Brazilian Health Regulatory Agency (ANVISA) and Ziel is negotiating with companies interested in producing the device. The self-sampling kit is expected to reach the market within a year, at an estimated cost of R$10. Traditional HPV collection and testing systems cost an average of R$250.

Ziel self-sampling device, used for cervix examinations instead of the Pap smearEduardo Cesar

Onkos Diagnósticos Moleculares, a startup founded in 2015 and incubated by the University of São Paulo (USP), is also developing new oncological diagnostic methods. One of their projects has already been made into a finished product known as the mir-THYpe, which is expected to launch in March 2018. It is designed to classify indeterminate thyroid nodules as malignant or benign.

According to André Lopes de Carvalho, a head and neck surgeon at the Barretos Cancer Hospital, thyroid nodules are currently classified using ultrasound and fine needle aspiration (FNA) exams. Between 15% and 30% of the examinations lead to an indeterminate result. “The medical recommendation in most of these cases is surgery, due to the risk that the nodule could be malignant, but they end being benign 70% to 80% of the time,” he says. The patient then has to deal with the medical consequences of unnecessary surgery, such as the need for lifelong hormone replacement. The healthcare system also has to assume an unnecessary expense.

Biologist Marcos Tadeu dos Santos, founder of Onkos, says that the mir-THYpe is more accurate and has the potential to reduce unnecessary surgeries by up to 73%. It analyzes the microRNAs—small RNA (ribonucleic acid) molecules involved in the regulation of gene expression—in samples already taken during FNA exams. “We noticed that the genetic signature of the microRNAs differs between benign and malignant nodules,” he explains. Onkos has created a computational algorithm that reads information from the microRNAs and uses artificial intelligence to identify whether the expression profile is most similar to a benign or malignant nodule. “The mir-THYpe will cost 75% less than the American exams.”

Launched in January this year, the first product developed by Onkos was the Tumor Origin Test (TOT), recommended for patients with metastatic tumors. By analyzing RNAs, the test compares the genetic profile of the patient with a database of more than 4,500 tumor samples divided into 25 cancer types. The exam can identify in which organ the tumor first appeared, and helps physicians choose the best treatment. It is patented in Brazil, the USA, and Europe, and has been licensed to Grupo Fleury, a network of laboratories in São Paulo. The Barretos Cancer Hospital in São Paulo State is partnered with Onkos and collaborates with the company by providing laboratory infrastructure, clinical staff support, and samples of biological material collected from patients.

Belo Horizonte–based startup OncoTag, founded in 2015, is developing a molecular exam that evaluates the prognosis of ovarian cancer patients to enable individualized treatment. There were 6,150 new cases of ovarian cancer in Brazil in 2016. According to biologist Leticia de Conceição Braga, one of OncoTag’s founding partners, most patients only report symptoms when the disease is at an advanced stage. The standard treatment is surgery followed by chemotherapy to eliminate any remaining cancer cells. There are actually four treatment possibilities, however, each with specific drug combinations and dosages. The physician tries each one, observing the patient’s response, until the best treatment is identified.

OncoTag is developing a molecular test that uses tumor biopsy samples to identify the patient’s gene expression profile. Using this molecular profile, the physician can personalize the patient’s chemotherapy treatment, without having to subject them to a range of approaches. Studies on the method are currently in the conclusion phase. “We hope to introduce the product to market in 2020,” says Braga. The startup has a technical and scientific cooperation agreement with the Ezequiel Dias Foundation (FUNED), based in Belo Horizonte, and receives support from the Gynecology Department at the School of Medicine of the Federal University of Minas Gerais (UFMG).

Genomika Diagnósticos, founded in Recife in 2013, uses next-generation sequencing (NGS) and bioinformatics to make oncological diagnoses. The NGS technique allows billions of DNA molecules to be sequenced in parallel, increasing the speed of the analysis and reducing the number of samples required. Processing the data on a large scale is fast and accurate, as is the correlation of genetic results to clinical applications. “We can study tumors and quickly determine which drugs are appropriate for specific treatments,” says João Bosco Oliveira Filho, director and founder of the startup.

Genomika has established a partnership with Hospital Israelita Albert Einstein in São Paulo, with the aim of developing software for data analysis and genetic testing. The company is working on a series of cancer diagnosis methods, such as Oncoscreen, which sequences the RNA and DNA of a tumor to detect genetic variations and changes, then identifies the best treatment for the patient. It has also created a liquid biopsy test that detects DNA from tumors.

The company from Pernambuco invested R$1 million into the research and development of new cancer tests in 2017. With a laboratory in Recife and a sample collection center in São Paulo, Genomika plans to open branches in five state capitals by the end of the year. Hospital Israelita Albert Einstein’s support for the company is part of a strategy that it started three years ago, which has already resulted in partnerships with 15 healthcare startups. According to the hospital’s innovation director José Cláudio Cyrineu Terra, support is provided through business incubation, access to laboratories and specialist staff at the institution, codevelopment of technologies and products, and financial investment.

According to American consultancy Startup Health, global investment in health startups reached US$11.5 billion in 2017. This amount corresponds specifically to 794 companies focused on medical and clinical solutions, and not those that specialize in developing software for management areas. According to 100 Open Startups and data from the Brazilian Private Equity and Venture Capital Association (ABVCAP), there are 900 health startups in Brazil, but 80% of them are developing applications such as electronic medical records and appointment schedules, and management software for hospitals and clinics. There is no estimate of the total amount of money invested in Brazil over the same period.