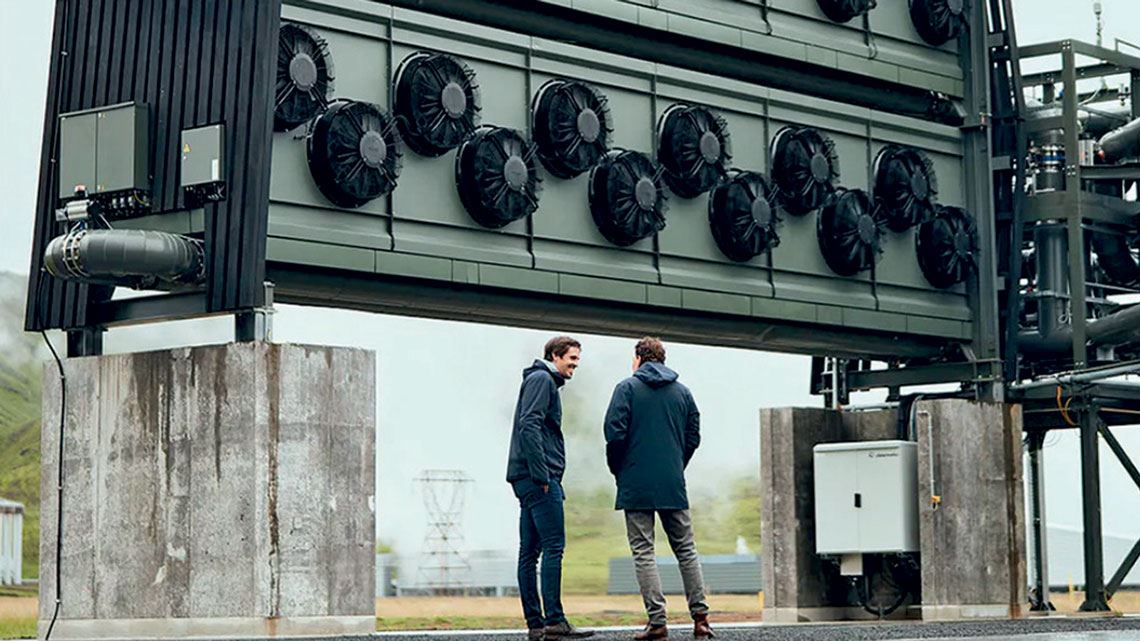 The largest plant designed to remove carbon dioxide (CO2), one of the gases associated with global warming and climate change, from the atmosphere began operating in Ireland on September 8. The plant was designed by Climeworks, a Swiss company founded by Jan Wurzbacher and Christoph Gebald, two former engineering students at the Swiss Federal Institute of Technology (ETH) in Zürich, and can remove 4,000 tonnes of CO2 from the air per year. The gas is captured and then concentrated, diluted in water, and injected underground, where it forms minerals that are trapped in the rocks. Although the extraction capacity of the facility, called the Orca Project, is small compared to global CO2 emissions—estimated at 33 billion tons per year—it demonstrates the viability of the technology. Critics claim that this form of CO2 extraction is expensive and consumes a lot of energy. Each ton of carbon dioxide removed from the air by Orca costs up to €1,000 euros (Financial Times, September 8).