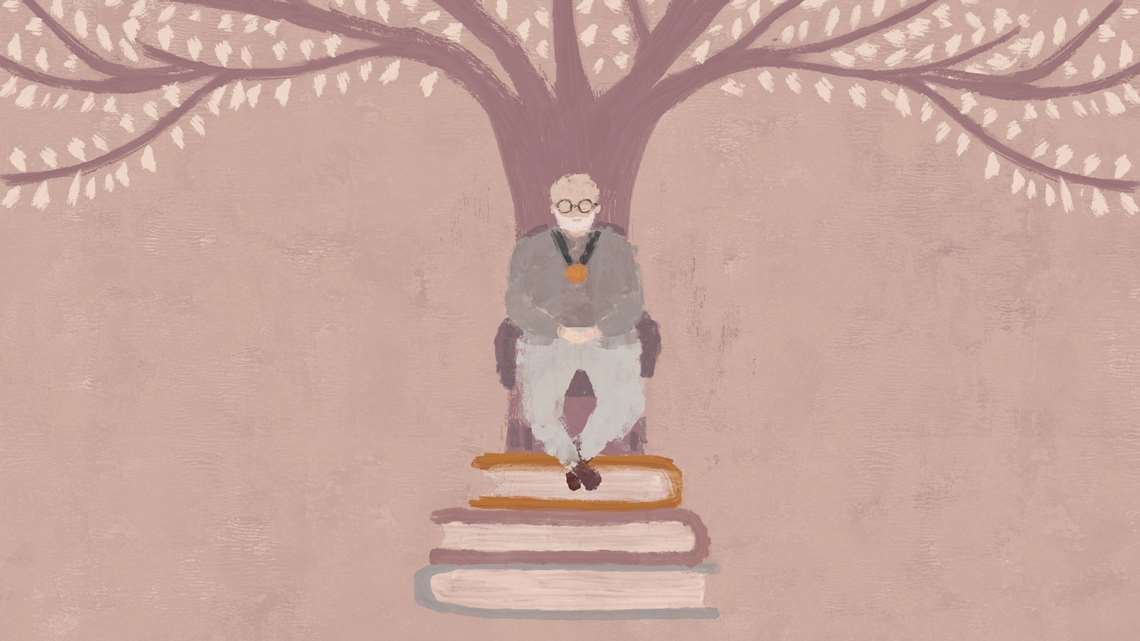 A few years after she retired from the Federal University of Espírito Santo (UFES) in 2014, Sônia Regina Fiorim Enumo joined 14 colleagues in returning to the institution to participate in a formal ceremony. The 15 invitees were awarded the title of professor emeritus, a distinction that recognizes professors for their outstanding contributions to teaching and research and the advancement of the institutions at which they worked.

“Receiving this title was the crowning achievement of the career I built at the university over almost 30 years,” says Enumo, who worked at the Department of Social Psychology and Development at UFES between 1986 and 2011 and headed it for two years, as well as teaching on the institution’s psychology graduate program for more than two decades. In the statement that accompanied the award, she was described as having offered exceptional scientific leadership in research that contributed to the creation of two new psychology master’s and PhD courses at UFES. “It is an honor that reinforces my sense of belonging at the university and the feeling that I participated in its history,” says Enumo, who is currently a professor on the psychology graduate program at the Pontifical Catholic University of Campinas (PUC-Campinas).

The term emeritus is Latin for “completing one’s service.” It is used to define someone who displays the qualities of a veteran or victor, or who is distinguished in a particular science, art, or profession. Unlike other titles, most of which are granted to professionals that deliberately endeavor to attain them, the distinction of professor emeritus is awarded to retired professors by their peers. Before being given the title, potential recipients first have to be nominated, after which every stage of their academic career is thoroughly evaluated. The process is governed by each university’s statute and includes appraisals by specialists in the nominee’s field.

Note: The above figures refer to titles awarded by the universities as a whole, not including those awarded by individual departments.

“Potential recipients are usually nominated by someone from the department where they worked,” explains Marilde Loiola de Menezes of the Institute of Political Science (IPOL) at the University of Brasília (UnB), who represents her department on the university council. Among other duties, the council is responsible for formulating the institution’s internal policies and analyzing and approving its annual research schedule. “The name of the honoree is only made public after approval by the university council, at which point the recipient is informed and a formal ceremony scheduled,” says Menezes. Before a nominee can be approved, however, the secretary of the department that nominated them must gather all documents needed for the evaluation process. This includes a detailed overview of the nominee’s academic career, analysis of their scientific résumé, copies of their published papers and books, and transcripts of any interviews given to newspapers, journals, or television programs. “The secretary has to do extensive research into the nominee’s academic and scientific work and present a cohesive opinion on the retired professor,” Menezes stresses.

After being approved by the department’s own board, the dossier is submitted to the university council, at which point it is analyzed by another secretary, appointed by the dean. “This is the conclusive verification of all the information gathered in the process, which can be rejected by the secretary if there are any doubts or even inconsistencies in the data presented,” she explains. Once this process has been completed, a recommendation to award the title is subject to a vote at an ordinary meeting of the university council. At UnB, a simple majority is enough for approval. “It is difficult for a nomination to be rejected at this stage because it has already gone through several phases of assessment to confirm its merit,” Menezes points out. After approval from the council, a formal ceremony is scheduled and invites extended to members of the academic community, such as the university’s dean, the secretaries and other faculty members who supported the nomination, and of course, the professor receiving the title. “Our statute also allows for the title to be awarded posthumously to professors who died before they were nominated or during the process. In these cases, the honor is given to family members of the recipient,” she adds.

At the São Paulo State University (UNESP), in addition to the nine distinctions that have been granted by the university itself since 1996, the institution’s 34 departments also award emeritus titles autonomously. At UNESP, the title is granted to retired professors whose teaching services are considered of exceptional relevance. “The title is the greatest academic recognition that a university can bestow on its professors,” says Erivaldo Antônio da Silva, secretary general at the university.

Emeritus procedures initiated and implemented by UNESP departments are analyzed by internal panels—requiring two-thirds of the vote for approval—and aim to recognize the careers of professors who have distinguished themselves in the region or area where the department is located. For professors whose performance extends beyond their region, whose work is recognized nationally or internationally, the process is conducted by panels from different areas of the university. The university council is responsible for final approval. “The ceremony for awarding the title is very formal. Speeches are usually made by the dean, the nominators, and the recipient themselves, who at UNESP wears formal academic dress, composed of a gown and cap,” explains Silva.

The approach is similar at the University of São Paulo (USP), where honors can be awarded both by the university council, which represents the institution in its entirety, and by separate panels in each department. This was the case with historian and literary critic Alfredo Bosi (1936–2021), who spent more than four decades teaching Brazilian literature in the Department of Classical and Vernacular Literature at USP’s School of Philosophy, Languages and Literature, and Human Sciences (FFLCH), which awarded him the title of professor emeritus in 2009. Sociologist and literary critic Antonio Candido de Mello e Souza (1918–2017), who received the title posthumuously in 2021, is one of the 20 names honored by the university as a whole. This list also includes former FAPESP staff, such as physician Alberto Carvalho da Silva (1917–2002), who was scientific director and president of the executive board, legal expert Celso Lafer and physicist José Goldemberg, both former presidents of the foundation, and biochemist Walter Colli, who was assistant coordinator of the scientific board.

At the University of Campinas (UNICAMP) the first professor emeritus title was awarded to Gabriel Oliveira da Silva Porto (1902–1976), from the School of Medical Sciences (FCM), in 1975. The 60 professor emeritus titles granted by the institution include physicist Cesar Lattes (1924–2005), who received the honor in 1986, linguist and former FAPESP president Carlos Vogt, and physicist Carlos Henrique de Brito Cruz, the foundation’s former scientific director. In November last year, UNICAMP’s university council unanimously voted to award the title to Carlos Alfredo Joly of its Biology Institute, who cofounded FAPESP’s Research Program on Biodiversity Characterization, Conservation, Restoration, and Sustainable Use (BIOTA). “The names of all recipients, as well as the minutes of the meetings, are publicly available on the website of the university’s secretary general,” says Ângela de Noronha Bignami, secretary general at UNICAMP. 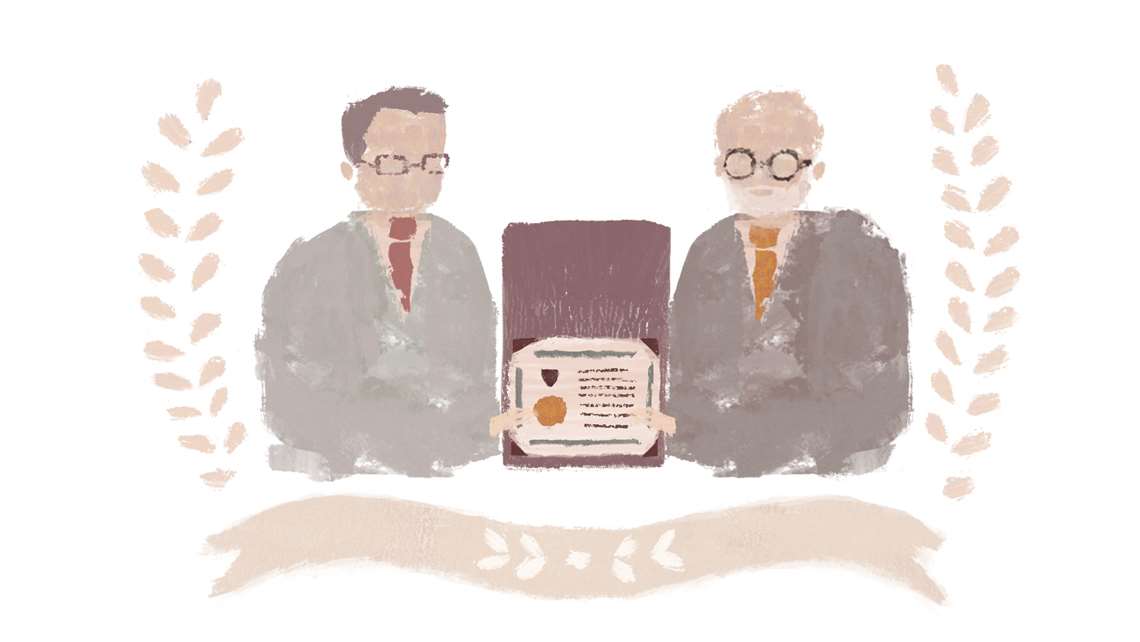 One year after it was founded in 1946, the Pontifical Catholic University of São Paulo (PUC-SP) named its first professor emeritus, awarded to Cardinal Carlos Carmelo de Vasconcelos Motta (1890–1982), honored as one of the institution’s founders and its first grand chancellor. At PUC-SP, as well as need approval from the university council, nominations are also subject to assessment by the city’s curia and the university’s grand chancellor, in a process that can last up to 70 days. “Students can also nominate professors that they want to honor. For all nominations, the stages of the process laid out in the statute must be followed,” explains Fábio Mariano da Silva, the institution’s secretary general.

The most recent titles awarded by PUC-SP in 2020 were for professors Luiz Eduardo Wanderley and Josildeth Gomes Consorte, both from the Department of Social Sciences. “Together, these two processes involved more than four boxes of documents related to the careers of the nominees,” says Silva. In addition to professors, administrative staff can also be honored in a similar way at PUC-SP, receiving the title of employee emeritus.

Data provided by the institutions show that women are less likely to be awarded professor emeritus status. When it comes to honors granted by the universities as a whole rather than their departments, some have never awarded a woman the title, as is the case among the 20 titles bestowed by USP and the three by the Federal University of ABC (UFABC). Of the nine granted by UNESP’s secretary general, three were for women. There are five women among UNICAMP’s 60 professor emeriti and two from nine at the Federal University of São Carlos (UFSCar).

Ester Abreu Vieira de Oliveira, who taught at the Federal University of Espírito Santo from 1965 to 1996, was named professor emeritus in 2018. Approved unanimously in all stages, the nomination process began a year earlier under the coordination of Paulo Roberto Sodré, from the Department of Languages and Literature at UFES, and took about 14 months to complete. “The assessments emphasized professor Ester’s great contributions to Spanish language and literature teaching and highlighted her vast intellectual output in literature and writing textbooks,” says Sodré. “It’s a title we keep for life. It comes with a responsibility to honor the name of our institution,” concludes Enumo, from UFES.