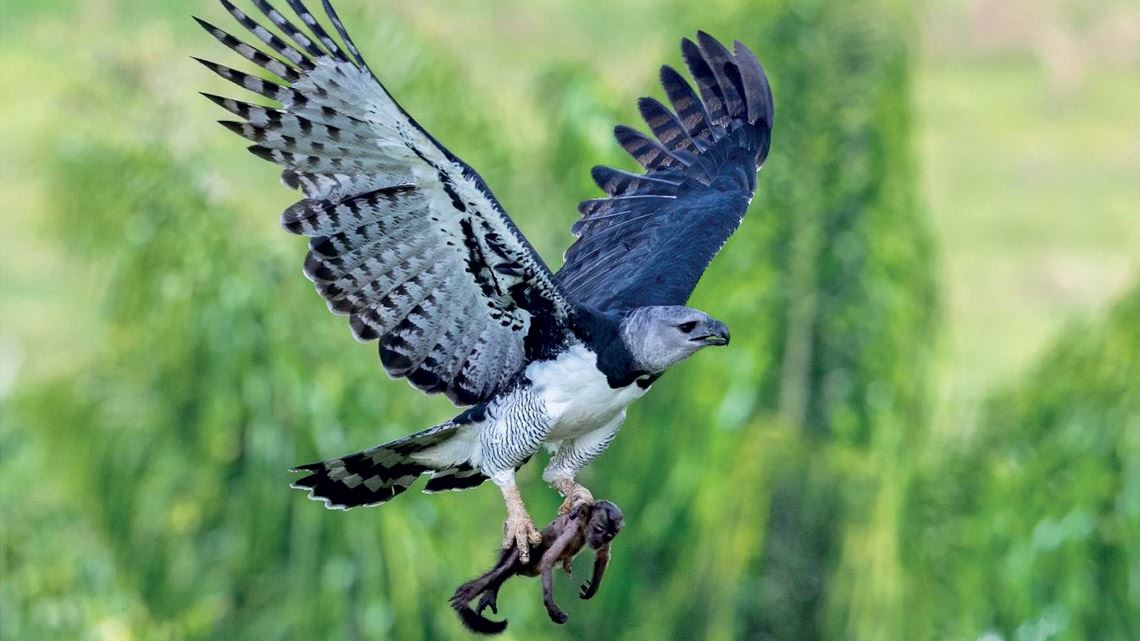 The harpy eagle (Harpia harpyja), the largest eagle in the world, is disappearing from some regions of the Amazon as a result of deforestation. At just over 1 meter in height, weighing 9 kilograms and with a 2.2-meter wingspan, the harpy eagle has a limited diet and can live for more than 50 years. It mainly eats sloths (Choloepus didactylus), tufted capuchin monkeys (Sapajus apella), and gray woolly monkeys (Lagothrix cana) found high up in the trees. To survive and reproduce, at least 50% of its territory, which has a minimum radius of 3 kilometers, needs to consist of preserved forest, according to a study carried out by Brazilian biologist Everton Miranda during his PhD at the University of KwaZulu-Natal in South Africa (Scientific Reports, June 30). For four years, he and his colleagues monitored 16 harpy eagle nests in areas with different degrees of deforestation in northern Mato Grosso. The researchers hoped that the birds would alter their diet in deforested areas and start eating land mammals such as opossums and armadillos. But that was not the case. They continued hunting the same food, but they had more difficulty finding it.