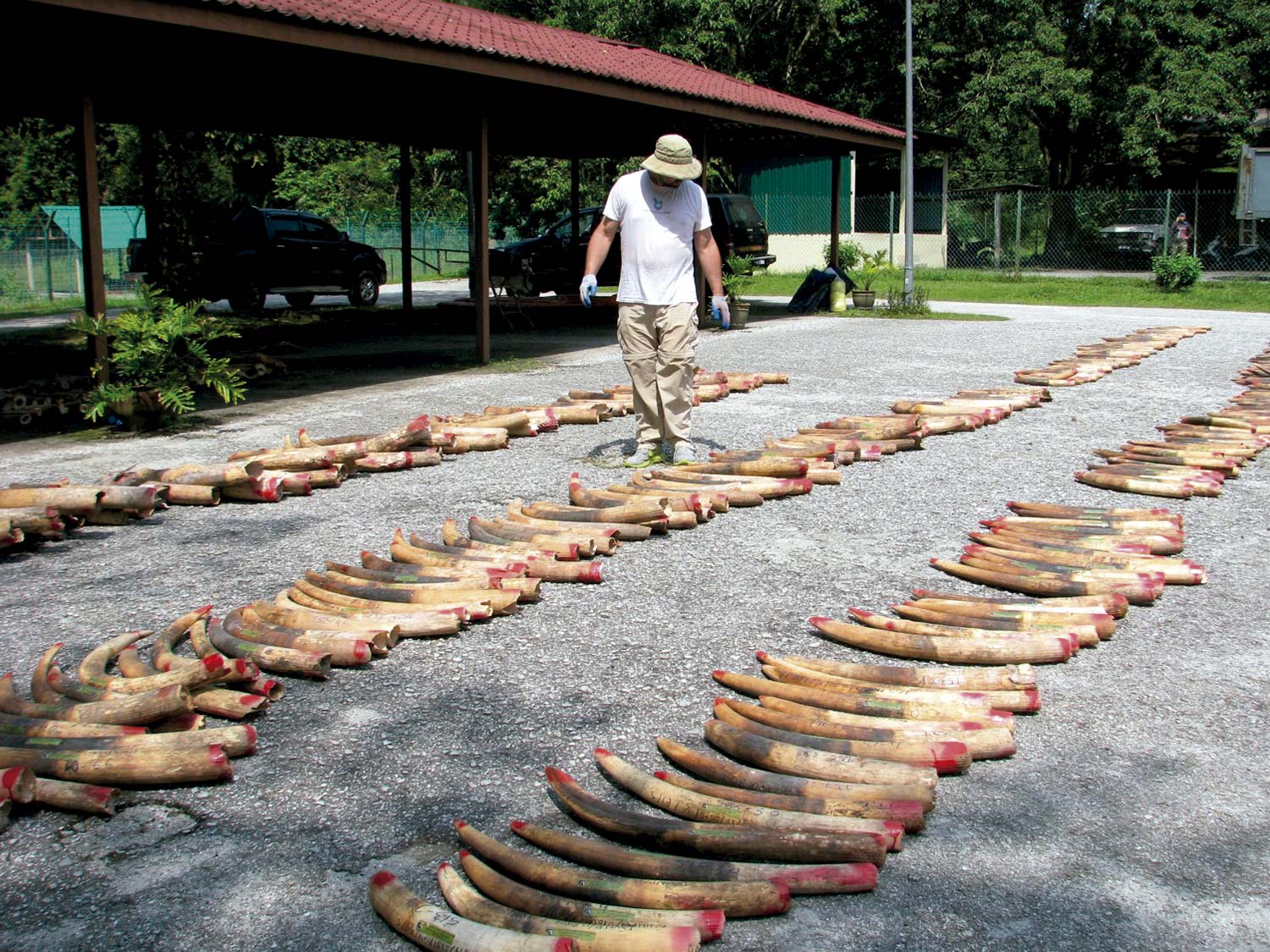 Ivory seized in Malaysia in 2012

Genetic studies by a research group led by Samuel Wasser, a biologist at the University of Washington in Seattle, USA, are helping to shape government policies against international ivory trafficking in the US and Africa. The illegal capture and sale of elephant tusks is a billion-dollar industry and is behind the deaths of more than 40,000 animals each year. Wasser and his colleagues have developed techniques to analyze the DNA of seized ivory and compare it with that of dead animals in an effort to map trafficking routes. The team analyzed the DNA of tusks recovered in 38 seizures between 2006 and 2015 and bone samples from 10 elephants killed by poachers in the Democratic Republic of the Congo. The genetic information from the tusks and the bones were cross-referenced, then combined with information on the ports from which the ivory was shipped. The results suggest that there are three large trafficking cartels operating on the African continent. They appear to have worked together between 2011 and 2014. The researchers discovered that traffickers often smuggle ivory from the same elephant out of Africa in separate shipments. This tactic of mixing up the tusks misdirects the police and reduces the size of the shipments, which means less prison time if the trafficker is caught. The new technique could allow authorities to link a trafficker to various hunting and trafficking crimes, thus increasing their sentence.