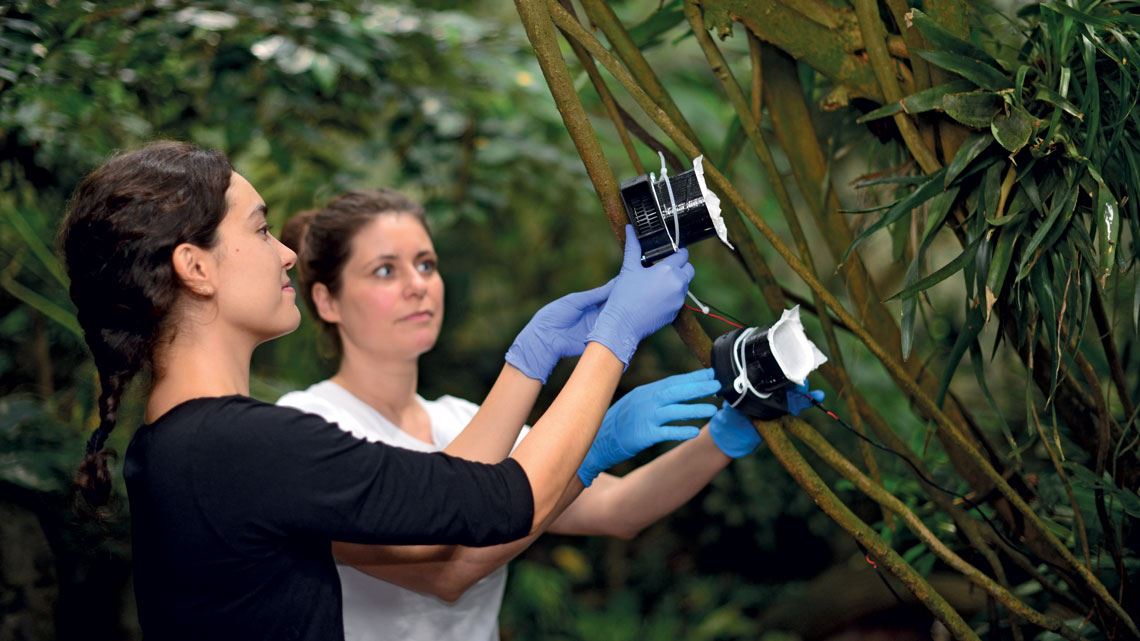 It may soon be possible to monitor fauna diversity in a natural environment solely using air samples. Two studies published in the same scientific journal in January indicate that the air contains DNA—including from terrestrial animals—at levels sufficient to allow species identification. The research was carried out at zoos and demonstrated that the strategy can work. In one of the studies, a team led by Kristine Bohmann from the University of Copenhagen, Denmark, collected air samples from three points in the capital’s zoo, both indoors and outdoors, and found that they contained DNA from 49 vertebrate species (30 mammals, 13 birds, 4 fish, 1 amphibian, and 1 reptile). In the other study, a team led by Elizabeth Clare, then at Queen Mary University in London, obtained air samples from 20 locations at a zoo in Huntingdonshire, UK. The DNA from the samples allowed the researchers to identify species that lived both close to the sampling point and hundreds of meters away (Current Biology, January 6).