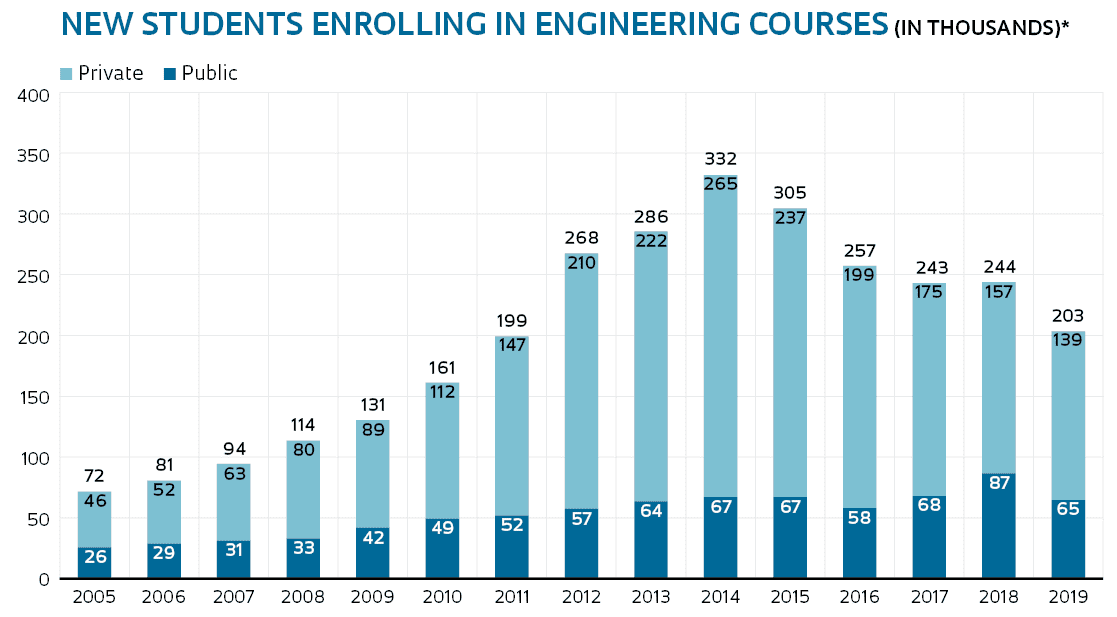 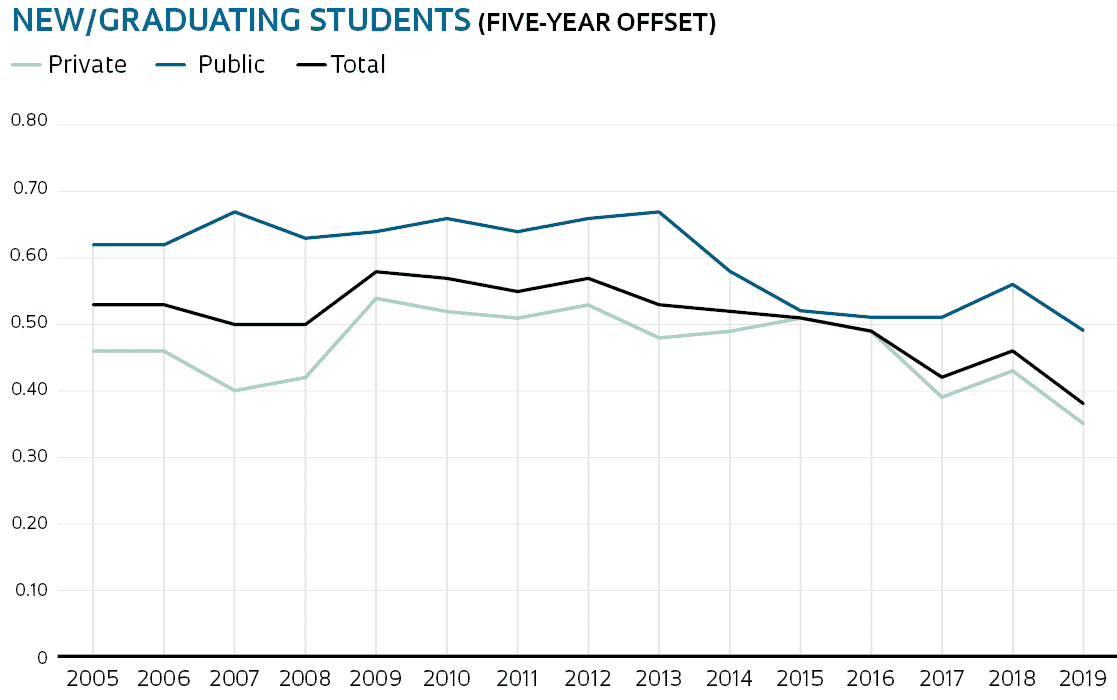 Methodology: Courses specifically in engineering fields, as recognized by the Brazilian Ministry of Education (MEC), were considered. Transferring students were not included as new students. The efficiency indicator used a five-year offset: for the year N, the ratio between the number of students graduating was calculated against the number of new students enrolled in year N-5. Prepared by the FAPESP Studies and Indicators Team.

Source: Summaries and Microdata from the Higher Education Census, INEP/MEC.