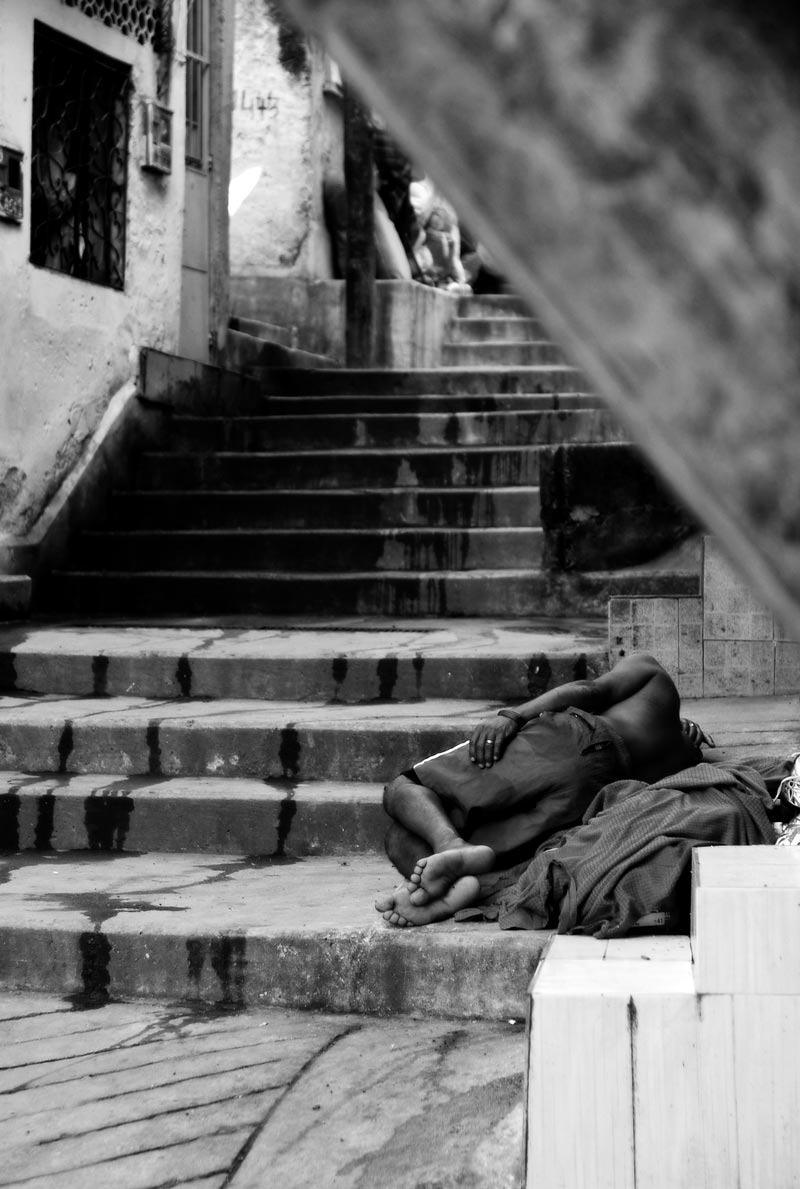 Brazilian favelas, such as the Complexo do Alemão, in Rio, have the highest rates of contaminationLéo Ramos Chaves

Tuberculosis remains one of the world’s largest public health problems. In 2017 alone, 10 million new cases of the disease were recorded. More than 1.3 million cases resulted in death, according to World Health Organization (WHO) estimates. In Brazil, approximately 70,000 new cases of the disease are reported every year, according to the Ministry of Health. The low-income population, who live in poor housing and unsanitary conditions, is the most affected. Despite this dismal scenario, Brazil has been reporting results that indicate advances in the control and reduction of the disease. Data from the Ministry of Health show a decrease of 19.3% in the incidence of tuberculosis cases between 2005 and 2014. Part of the explanation for this drop may lie in the creation and implementation of cash transfer programs at the beginning of the last decade, including the Bolsa Família (the federal Family Allowance program). This conclusion comes from an international group coordinated by epidemiologist Ethel Leonor Maciel, from the Department of Nursing at the Federal University of Espírito Santo (UFES).

In an article published in February in PLOS ONE, they found that in addition to combatting socioeconomic inequality, the Bolsa Família program also contributed to an increase in cure rates of tuberculosis, helping to fight the disease in several regions of Brazil. In the study, researchers analyzed 25,084 cases of people diagnosed with tuberculosis, of which 1,714 (6.8%) received Bolsa Família benefits. The analysis was based on official data from the Ministry of Health’s Disease Notification System (SINAN), which has been recorded since 2015; this is one year after the notification system forms included a field indicating that people diagnosed with the disease also received the program benefits.

Maciel and her team found that 78% (1,331) of the people diagnosed with tuberculosis who were also in the program followed treatment until the end and were cured. In the group of patients not receiving the benefit, this percentage was 68% (15,894). “If we consider the direct effect of Bolsa Família independently of other determinants involved in the treatment process, such as socioeconomic status and associated diseases, like diabetes and HIV, there was an 8% increase in the cure rate among individuals who received the social benefit compared to those who did not receive it,” explains epidemiologist Barbara Reis-Santos, a researcher at the UFES Epidemiology Laboratory and one of the PLOS ONE article authors. “This is a significant increase in terms of treatment,” comments Maciel. “Any new drug launched in the market that could attain a 5% difference compared to traditional treatment would be considered revolutionary in epidemiological terms,” the researcher observes. This year, Maciel was elected president of the Brazilian Network for Tuberculosis Research (REDE-TB), which was created in 2001 to bring together researchers from various fields and intensify efforts and strategies to combat the disease.

The results of the article reinforce the findings of another paper published by the same researchers in December 2018 in Lancet Global Health. At that time, Maciel and her team interviewed and followed up with 1,239 people who had tuberculosis in seven cities throughout the country. The researchers monitored each patient before, during, and after treatment. Of the individuals analyzed, 196 (16%) received Bolsa Família.

Brazil is among the 30 countries with the highest incidence of tuberculosis in the world, according to WHO data

In search of a more accurate assessment, the researchers developed a model capable of comparing individuals from both groups while taking into account other characteristics, such as age, health status, gender, body mass index, housing conditions, and access to sanitation. “By pairing individuals with the same variables, the only difference between them being the fact that one received Bolsa Família and the other didn’t, we found that the tuberculosis cure rate was 7.8% higher among people who had the benefit,” notes Reis-Santos. Despite this evidence, Maciel clarifies that it is not yet possible to establish a direct cause and effect link. “Because the Ministry of Health notification system regarding people diagnosed with tuberculosis who receive Bolsa Família only started in 2015, it’s not yet possible to assess the impact of the social benefit on the decrease in cases during the prior period.”

Tuberculosis and poverty
Tuberculosis is an opportunistic disease, transmitted through the air or through nasal secretions by the coughing or sneezing of those infected with the bacterium Mycobacterium tuberculosis, which was identified by the German physician Heinrich Robert Koch (1843–1910) in 1882. The bacteria mainly affects the lungs. In some cases, it also impacts bones and the nervous system. Loss of appetite, persistent dry cough for more than three weeks, irritation, and tiredness are some characteristic symptoms of the disease. Due to their similarities, it is often confused with pneumonia or the common flu. Treatment for the disease has long been offered free of charge by the Unified Health System (SUS), which provides therapy based on treatment with rifampicin and three other drugs, isoniazid, pyrazinamide, and ethambutol.

Even so, Brazil remains among the 30 countries with the highest incidence of tuberculosis in the world, according to data from the WHO Global Tuberculosis Report 2018. The greatest challenge involves prevention. “The bacteria spreads more easily in areas of dense population and high poverty where the environments are enclosed, without sunlight or air circulation,” explains pharmacist Kaio Vinicius Freitas de Andrade, a researcher at the Department of Health of Feira de Santana State University (UEFS). “It’s not only by chance that Brazilian favelas [slum districts], such as Rocinha and Complexo do Alemão, in Rio de Janeiro, have the highest numbers of infected individuals,” adds Andrade. Since completing his doctorate, the researcher has studied the impact of social protection programs on reducing tuberculosis cases. “The association between poverty and tuberculosis is evident in the global distribution of the disease, such that the 30 countries with the highest incidence of tuberculosis are also those with the highest rates of social inequality and lowest per capita income.” 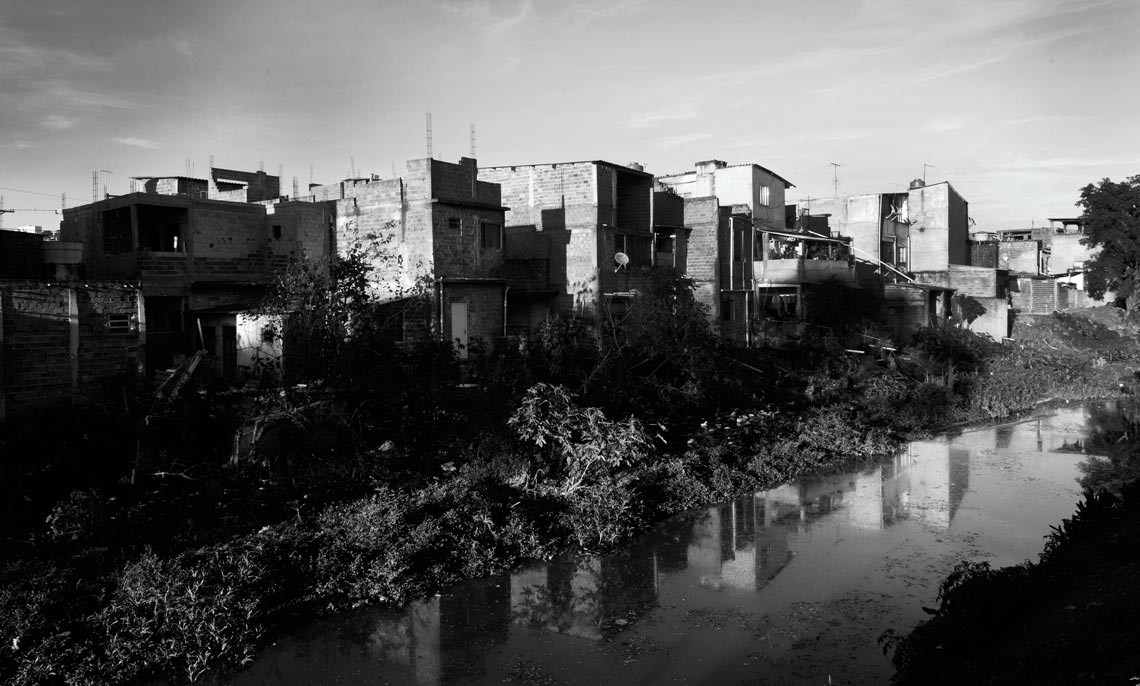 People who live under poor housing and sanitary conditions, such asJardim Piratininga, in Guarulhos, São Paulo, are most affected by diseaseLéo Ramos Chaves

According to Andrade, the studies developed by the team of Maciel and Reis-Santos follow along the same line as studies carried out by Brazilian researchers and researchers in other countries. In one study published in mid-2016 in the journal BMC Infectious Diseases, a group from the Faculty of Epidemiology and Population Health at the London School of Hygiene and Tropical Medicine in England showed that cash transfer programs, or more broadly, social assistance programs, contributed to greater adherence to treatment among individuals with tuberculosis compared to those not receiving benefits in Peru, Brazil, Ecuador, and Moldova (eastern Europe). In another paper published in July 2017 in the International Journal of Tuberculosis and Lung Disease, Brazilian and British researchers observed a 15.8% drop in the incidence of tuberculosis cases between 2004 and 2012 in municipalities with the highest participation in Bolsa Família. In all, they analyzed data from 2,458 cities across the country.

The Bolsa Família program was launched by the federal government in October 2003, and its objective was to improve the living conditions of families living in poverty and extreme poverty, i.e., with monthly incomes between R$ 89 and R$ 178 per person. According to data from the Special Secretariat of Social Development of the Ministry of Citizenship, which is responsible for coordinating the program, today 13.9 million Brazilian families receive the benefit, which can vary between R$ 100 and R$ 240 per month.

Food and access to healthcare
Researchers do not yet know how families use this money and exactly how it is related to increased tuberculosis cure rates, but they are working with some hypotheses. One of them is that the benefit contributes to an improvement in the nutritional state of the family members. This could help to increase patient resistance to the side effects of drugs used in treatment, which usually lasts at least 6 months and may in some cases extend up to 18 months. “Antituberculosis drugs work effectively against the bacillus responsible for the disease but can trigger side effects such as vomiting and diarrhea, which are relevant factors in patients discontinuing treatment,” says Ethel Maciel. It is not rare for patients to observe improvement in their general condition and quit treatment. In other cases, they interrupt their medications, which are incompatible with a dissolute lifestyle that is almost always associated with the consumption of alcohol, cigarettes, and illicit drugs. Abandoning treatment contributes to the bacteria that cause the disease becoming more resistant to available drugs. “The standard treatment represents a total cost to SUS of about R$ 400 per person. If the strain develops resistance to the usual drugs, that cost can go up a lot because it entails using antibiotics that are not produced in Brazil.”

Researchers are also studying the possibility that the Bolsa Família benefit facilitates infected individuals’ access to their local SUS health clinics. Biomedical researcher Joilda Silva Nery, from the Institute of Collective Health at the Federal University of Bahia (UFBA), explains that the Bolsa Família is a conditional cash transfer program. This means that “to receive it, families need to fulfill some requirements, such as keeping vaccination cards up to date and ensuring that the development of children under 7 years is medically monitored.” In her view, although the focus is on children, the benefit tends to bring the entire family closer to the health system, “favoring the early diagnosis of tuberculosis and increasing the chances of curing those infected.”

For this reason, researchers advocate creating a social protection program specifically for people with tuberculosis that is designed to decrease the rate of treatment dropouts (approximately 10.8% for new cases in Brazil in 2018, which is higher than considered epidemiologically acceptable by the WHO) and increase the chances of curing patients. They are also investigating the impact of other federal poverty mitigation programs, such as Minha Casa, Minha Vida (My House, My Life). The hypothesis is that the housing program improves the living conditions of low-income families, removing them from places conducive to exposure to the bacteria that cause tuberculosis and other diseases, such as leprosy, which is also associated with poverty.