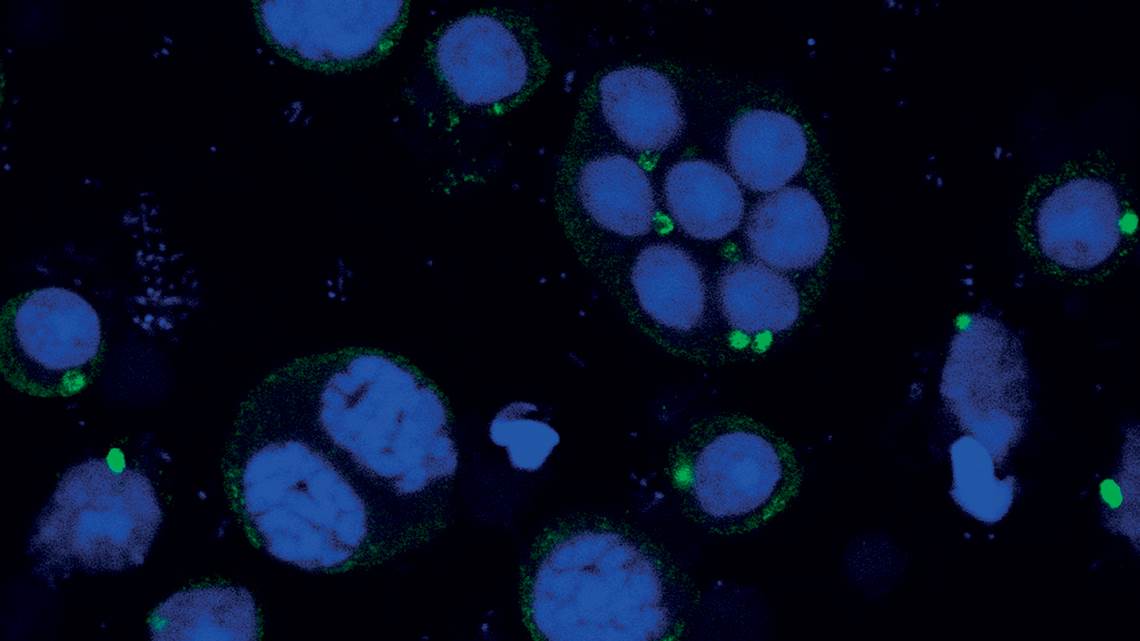 Genetic alterations to the biological clock could be linked to fertility disorders. This was the case in mice whose testicle cell nuclei were dyed blue. Each nucleus should be associated with just one green structure, which are the chromatoid bodies responsible for guiding sperm formation. When there is more than one, such as in rodents whose CLOCK gene—which regulates the circadian cycle—has been partially silenced, the transformation does not take place. The next step will be to assess whether this also occurs in humans, in whom altered genes can lead to unusual habits, such as switching night for day.