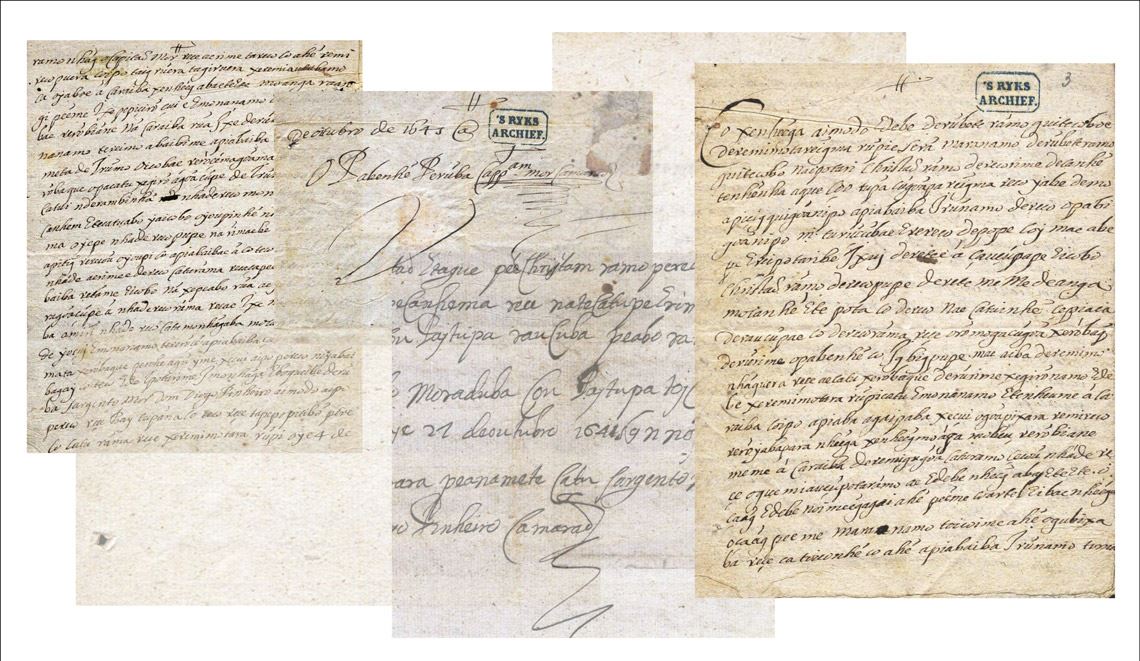 Six letters written in ancient Tupi by indigenous peoples during the Brazilian colonial period have finally been transcribed and translated into Portuguese by Eduardo Navarro, a philologist and lexicographer from the School of Philosophy, Languages and Literature, and Human Sciences (FFLCH) at the University of São Paulo (USP). It is currently the only known correspondence of this type, written after the state of Pernambuco was invaded by the Dutch in 1630. With the exception of Bahia, the Dutch dominated the entire northeastern coast until the Luso-Brazilians revolted in 1645, lead to a conflict that became known as the Pernambuco Insurrection, which lasted until 1654. The Potiguara indigenous people also participated in the conflict. “The senders of the letters, known as the Camarões, were related but took opposing sides during the war. Some sided with the Luso-Brazilians, while others fought alongside the Dutch. In 1645, they exchanged these letters,” explains the researcher. Safeguarded in the Royal Library of the Netherlands for 400 years, the letters were rediscovered in 1885 by historian José Hygino Duarte Pereira (1847–1901). Previous translation attempts failed due to the lack of an ancient Tupi dictionary, completed by Navarro in 2013. The documents reveal unknown facts about the insurrection, such as the names of chieftains and battle sites.