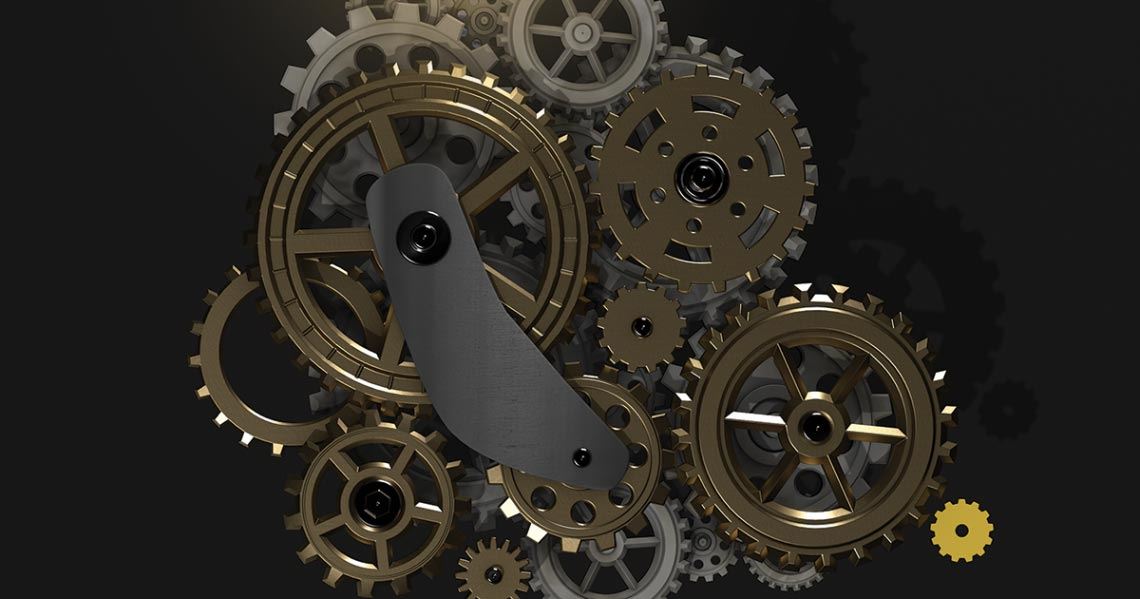 A study published in June by the Center for Management and Strategic Studies (CGEE), linked to Brazil’s Ministry of Science, Technology, and Innovation, presented data on the recent evolution of knowledge production in the country and the topics most studied by researchers. The paper, entitled “Panorama da ciência brasileira: 2015-2020” (A panorama of Brazilian science: 2015–2020), looked at 372,000 articles indexed in the Web of Science (WoS) database over the six-year period with at least one author linked to an institution in Brazil. This equates to 3.2% of the global total. One notable finding is the speed at which Brazilian output has been advancing: the number of papers grew by 32.2% between 2015 and 2020, which was above the global average of 27.1%.

The survey used an unusual methodology to map the topics that researchers in the country had the most interest in over the last six years. The authors used a technique to identify “semantic similarities” between the articles: an algorithm examined the abstract of each paper and determined the most relevant words, then used them to connect the paper to others with similar content. The result was a map of 45 topics or thematic groups. At the top was education, with more than 16,000 articles (see table). “Our choice of methodology allowed us to break the fixed structure of knowledge trees used by large scientific databases and observe aspects that are usually hard to notice,” says Adriana Badaró, coordinator of the CGEE’s Science, Technology, and Innovation Observatory, which was responsible for the study. “This type of analysis, with a greater focus on multidisciplinarity, reveals multiple contributions from a range of research areas.”

Education, she points out, does not even appear among the 10 fields with the greatest scientific output in the WoS database. But when papers are identified from different fields of knowledge, such as information science, economics, arts, and humanities, with results that converge on the theme of education, the number of articles is much higher. According to the analysis, topics such as identity, cultural diversity, gender, special education, and rural education are addressed together with others, such as digital inclusion, new technologies, and distance education.

In the semantic similarity network, the second largest group related to articles on biodiversity, a reflection of the collective effort to study the Amazon, climate change, taxonomy, remote sensing, and other themes. “Biodiversity is the area with the greatest potential to unite different sources of knowledge, from medical sciences to engineering,” explains Badaró. According to her assessment, the map shows how researchers collaborate around themes that are important to the country’s development, such as public health, agriculture and livestock, smart cities, sustainability, democracy, and rights.

Using semantic networks to analyze trends in large volumes of data is not a new approach, but it has been gaining ground in scientific literature analysis thanks to advances in artificial intelligence. A study published by researchers from Stanford University, USA, in 2020 used a similar methodology to analyze the content of 1.2 million doctoral theses, concluding that researchers from groups with low representation in the academic environment, such as women and ethnic minorities, present innovative ideas more often than the average, but do not receive equal recognition as those from more highly represented groups (see Pesquisa FAPESP issue nº 292). “The tool seemed interesting to us, because one of the objectives of the CGEE Science, Technology, and Innovation Observatory is to use innovative approaches to analyze Brazilian scientific output,” says sociologist Marcelo Paiva, a technician at the institution.

Renato Pedrosa, a researcher from the Department of Science and Technology Policy (DPCT) at the University of Campinas (UNICAMP), believes that while semantic similarity networks can complement our understanding of the characteristics of scientific output, they are not reliable enough to replace the traditional method for estimating topics in which high-impact and internationally competitive knowledge is produced: the specialization index. The index shows whether the participation of a country’s scientists in a given field is higher or lower than the global average. “Publications with authors based in Brazil have a high level of specialization in areas such as agriculture and public health, and have stood out lately in specific research topics, such as the Zika virus,” says Pedrosa, who is head of FAPESP’s Special Indicators Program.

According to him, the most prudent approach is to use the semantic map together with other indicators. He notes that the third most important thematic group identified by the CGEE study is composed of articles on nanoparticles, which could give the impression that Brazil is strong in this field of knowledge, which is not backed up by other studies. A recent UNESCO report, for example, analyzed the performance of different countries in six technologies considered important to the future of industry—including nanoscience and nanotechnology—and found that Brazil is failing to keep up in this global race (see Pesquisa FAPESP issue nº 306).

The CGEE study provides the latest data on other aspects of Brazilian scientific output. Between 2015 and 2020, almost a third (32.8%) of articles authored by researchers from institutions in Brazil were the result of international collaborations. The USA was the most common partner—one in three international articles was written in cooperation with American scientists. It is followed by six European countries: England, Spain, France, Germany, Italy, and Portugal. Only 11% of articles by Brazilian researchers and international partners have coauthors from a BRICS nation. The areas of Brazilian research with greatest international involvement are astronomy and astrophysics, with 79% of articles written in collaboration with foreign institutions, followed by biomedical sciences (66%), and evolutionary biology (64%). When it comes to scientific papers whose authors are only from Brazil, the standout is agriculture, with a total of 21,029 articles from 372,000 analyzed.

The resilience of Brazilian scientific output, despite the funding cuts faced over the last five years, can be explained by several factors. One relates to the growing role of Brazilian scientists in international networks. Haroldo Ribeiro, a physicist and researcher at the State University of Maringá, Paraná, says that the international participation of Brazilian science has acted as a buffer against financial challenges. “There are international journals that charge US$2,000 to publish an article, which is prohibitive for many Brazilian scientists. It is not uncommon, for example, for this cost to be paid by foreign research partners,” says Ribeiro, who has just published an article on the characteristics of papers published by more than 6,000 Brazilian researchers (see table on previous page). The country’s good performance can also be attributed to investments made prior to the current crisis. “An article from a journal indexed on the Web of Science has a production cycle that starts several years before its publication,” says CGEE’s Adriana Badaró. “The impact we are currently experiencing on our science, technology, and innovation system will be felt more acutely in the years to come, affecting research that is currently in progress,” she points out.

Renato Pedrosa notes that scientific production slowed down worldwide due to the pandemic. He analyzed recent data from the Web of Science database and found that countries with well-established science sectors, such as the USA and Germany, saw an unprecedented drop in papers published in 2020 compared to 2019. “In Brazil and other countries whose scientific output was growing rapidly, such as China, there was no decline, but the rate of increase did slow down,” he says. In Brazil, says Pedrosa, the number of papers on WoS rose from 65,700 in 2019 to 68,400 in 2020. “The additional 2,700 publications recorded last year is little more than half of the 5,000 increase between 2018 and 2019,” he says. According to him, the growing number of people with masters degrees and doctorates in Brazil is one of the factors helping maintain the pace of Brazilian scientific output.

When analyzing the scientific articles published over the careers of more than 6,000 Brazilian researchers in 14 fields, a team led by Haroldo Ribeiro, a physicist from the State University of Maringá, Paraná, identified distinct behavior patterns. The group studied the most elite members of Brazil’s scientific community, composed of researchers receiving scholarships from the Brazilian National Council for Scientific and Technological Development (CNPq) due to their high productivity. More than half of them exhibited a publication pattern within the average for their discipline, but three other groups stood out: the hyperprolific, who produced many articles per year; the perfectionists, who frequently published in high-impact journals; and the hyperprolific perfectionists, who were able to publish a high number of articles in prestigious journals. This latter was a minority: only 114 researchers fit this profile.

An important finding of the study, which was recently published in the journal Physical Review Research, is that it is very rare for hyperprolific and perfectionist researchers to migrate from one group to the other during their careers. “There is a clear distinction between the two strategies, which do not change over the course of a career. One group aims to publish in high-impact journals, while the other seeks to publish in high quantity, which naturally dilutes their chances of achieving high impact,” says Ribeiro, who worked on the study together with his doctoral student André Sunahara. According to the article, the average productivity of a researcher increases by 1.5 articles per year every decade, but performance varies greatly across disciplines. In medicine, the increase was 3.5 articles per year every decade, while it was 2 per year in genetics, 1.77 in agronomy, 0.44 in mathematics, and 0.3 in electrical engineering.

The research was based on information available on the Lattes website for researcher résumés. It involved the analysis of 312,881 articles published between 1997 and 2015. Data were cross-referenced against journal impact factors provided by Clarivate’s Journal Citation Reports. One of the objectives, according to Ribeiro, was to assess the extent to which behaviors are transitioning from a model that values quantity to one that values quality. “We found that the result varies greatly between disciplines, but there is no evidence that a transition is occurring.”