A new analysis by researchers from Stanford University, USA, demonstrates the presence in American academia of a phenomenon that is well-known in the business world: the diversity-innovation paradox. The two situations described seem incongruous. There is evidence that environments where individuals with a diverse range of backgrounds and experiences are more likely to produce new and impactful knowledge. But at the same time, underrepresented groups that guarantee greater innovation, such as women and ethnic minorities, benefit less from the gains they produce, and fail to achieve the same career success as majority groups, such as white men.

In an article published in the journal Proceedings of the National Academy of Sciences (PNAS) in April, the authors observed that researchers from groups that are underrepresented in academia introduce innovative ideas with greater frequency than their colleagues from majority groups, but their ideas appear to be less valued and do not earn them the same recognition. “We found some troublesome patterns: numerically underrepresented minorities show a knack for scientific novelty, but they find their creations have less impact,” sociologist Bas Hofstra, a postdoctoral fellow at the Stanford Graduate School of Education and lead author of the article, explained to the journal Nature.

The group’s conclusions are supported by an analysis of 1.2 million PHD theses from all fields defended in the USA between 1977 and 2015. This bias can influence a researcher’s career path. According to the authors, women are 5% less likely to be given faculty positions at universities than men. For ethnic minorities, the chances are 25% lower than those in majority groups. The study showed that this difference is almost three times greater when comparing only those researchers who presented scientific novelties in their theses.

The findings did not come as a surprise, but it was the first time such a paradox has been observed in academia. Previously, there was only anecdotal evidence and case studies. To identify the phenomenon on a larger scale, an interdisciplinary approach was needed—the study’s authors include sociologists, computer scientists, and a linguist—as well as an original methodology that uses machine-learning tools to analyze and extract trends from a huge volume of information.

Thesis metadata, such as the names of students and supervisors and their fields and institutions, were cross-referenced with information from censuses carried out in 2000 and 2010 and with records from the US Social Security Administration. It was thus possible to infer demographic information about the students’ gender and race. Records from the Web of Science database, which contains more than 160 million articles, were also examined for information on the future academic careers and scientific output of thesis authors.

The biggest challenge, however, was assessing the level of innovation in the theses and the impact they generated. In general, studies of this nature seek to identify innovative papers by analyzing their bibliographies—unusual citation patterns can be a sign of novelty. If the thesis has itself been cited a lot, there is a higher chance that it is innovative. The Stanford team, however, decided to create a new indicator based on the characteristics of the scientific concepts used in the theses. “We started with a basic intuition in the philosophy and sociology of science, that scientific knowledge is partly characterized as a network of ideas or concepts, reflecting what we mean or understand,” Hofstra wrote in Nature.

Language-processing techniques and computational modeling allowed the researchers to identify terms that represent scientific concepts in millions of documents. Innovations were then identified through the association of pairs of concepts. The article gave some symbolic examples of how the approach works. The terms “glioblastoma” and “molecular,” for example, were registered together for the first time in a number of doctoral theses written in 1988—the pair was detected 87 times in later years. This was the result of advances in an area of research initiated by oncologist Kenneth Kinzler, of Johns Hopkins University, who discovered the genetic origin of this rare type of tumor. Similarly, the terms “justify” and “masculinity,” which were found together 94 times in PhD theses since 1984, were originally proposed in pioneering work by Londa Schiebinger, a professor of the history of science at Stanford, who was renowned for her research on gender bias in academia (see Pesquisa FAPESP issue nº 289).

The concepts extracted from the theses were used to create a semantic map, which showed how they are connected to each other. In some cases, the novelties were very close to established concepts—those most covered by researchers in the field—but in others, they were more distant, giving them a greater “distal value.” The authors found that among women, innovative topics were further from the core concepts of their fields, which may explain why they were less accepted and had less impact. 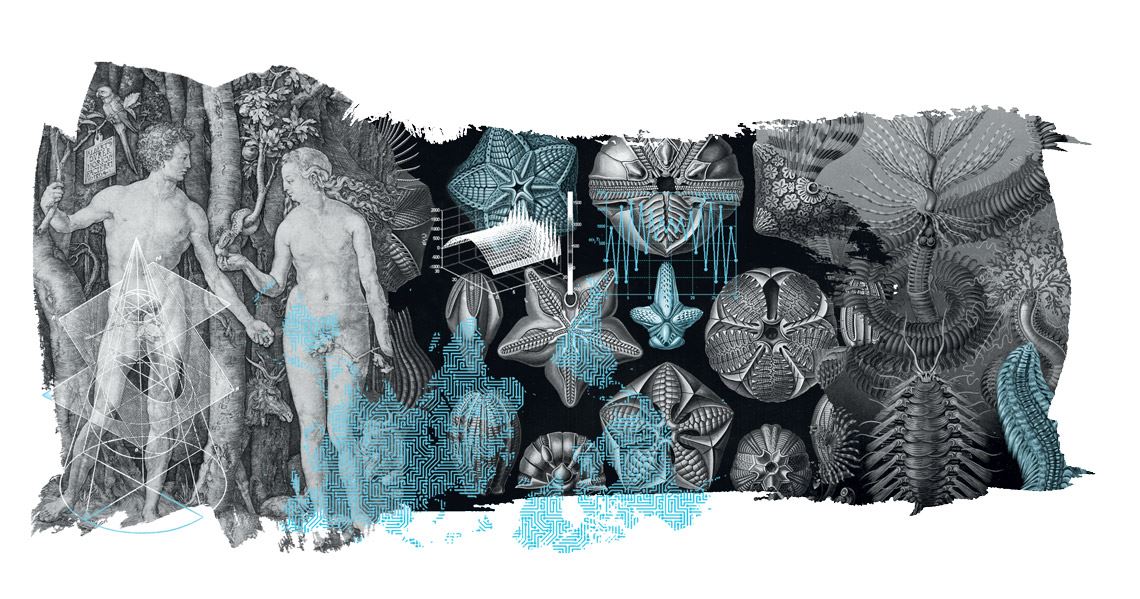 For political scientist Elizabeth Balbachevsky, from the School of Philosophy, Languages and Literature, and Humanities at the University of São Paulo (FFLCH-USP), there are two ways to interpret these data. “Innovative concepts may have had less impact because some areas are more conservative about the production of knowledge. This occurs in fields with insular research agendas and high levels of self-citation, which have difficulty accepting outside ideas,” she comments. “The low impact of articles with more radical innovations, determined by a high distal value between the concepts presented, may also indicate that these papers have theoretical weaknesses that make them less likely to be well-received.” According to Balbachevsky, this problem sometimes occurs in interdisciplinary research, when associations between theories from different fields results in less rigorous use of the concepts. If that is the case, warns the researcher, then less acknowledgement would not necessarily be a negative sign. “However, the study concluded that papers with the same distal value have a greater impact when written by authors from majority groups than those by authors from minorities, which seems to suggest a real element of prejudice, or at the very least, a resistance to recognizing the contributions of minority colleagues,” she says.

Hofstra intends to further investigate the topic, to learn how to distinguish between useful scientific novelties and new ideas of poor quality. On another research front, the Stanford group is seeking to ascertain whether innovations from underrepresented groups, despite the time taken to gain recognition, generate long-term results or impacts in interdisciplinary areas. They also have another goal: to find evidence that could help increase the presence of these groups in universities (see report on page 64).

“The Stanford study brings up issues that we are not used to discussing in Brazil,” says sociologist Glauco Arbix, also from FFLCH-USP. “The results show how the roots of society, with its prejudices and power structure, have penetrated the scientific environment.” The researcher notes that Brazilian universities are often seen as diverse, since men and women are guaranteed equal wages. “This is progress, and it’s an important difference compared to many other areas of society, but you only have to look at the leadership of universities and funding agencies to realize that this is not the be all and end all,” he says.

Balbachevsky believes the results of the study also offer an interesting perspective on the challenges scientific communities in emerging countries face in achieving international recognition for their work. She draws attention, however, to the risk of attributing the difficulty Brazilians have in producing research with an international impact to prejudice alone. “This can lead to a feeling of hopelessness, when there are actually other factors involved, such as the low degree of exposure to international scrutiny for many of our researchers, who are still quite isolated.”

Physicist Marcia Barbosa of the Federal University of Rio Grande do Sul, who has a keen interest in science and gender studies, notes that the Stanford research bears similarities to studies of the corporate world. A study of 1,000 companies from 15 countries, conducted by management consulting firm McKinsey & Company in 2017, found that businesses that promote gender equality are 21% more profitable than those with less concern for the issue. “There are also studies in the field of psychology that show why more diverse groups are more likely to come up with innovative solutions. When individuals work with people different to themselves, they make more effort to leave their comfort zones, and this increases the group’s productivity. Positive intelligence is developed, creating mechanisms capable of earning more money,” says Barbosa.

According to the physicist, the idea that the work of underrepresented groups is less valued, regardless of its content, is supported by research in the area. She cites a study published in the journal PNAS in 2012, in which résumés for a laboratory manager position were evaluated by professors from research universities in the USA. Female or male names were assigned to the candidates at random. The results showed that identical résumés were viewed differently according to the applicant’s gender—men were considered more competent and hirable than women—and this prejudice was even observed when the evaluator was a woman. According to Barbosa, the Stanford study, which uses cutting-edge research tools, has the potential to become a benchmark for analyzing data on science and gender. “It is encouraging to know that we now have access to methodologies capable of producing eloquent evidence through the analysis of large volumes of data,” she says.