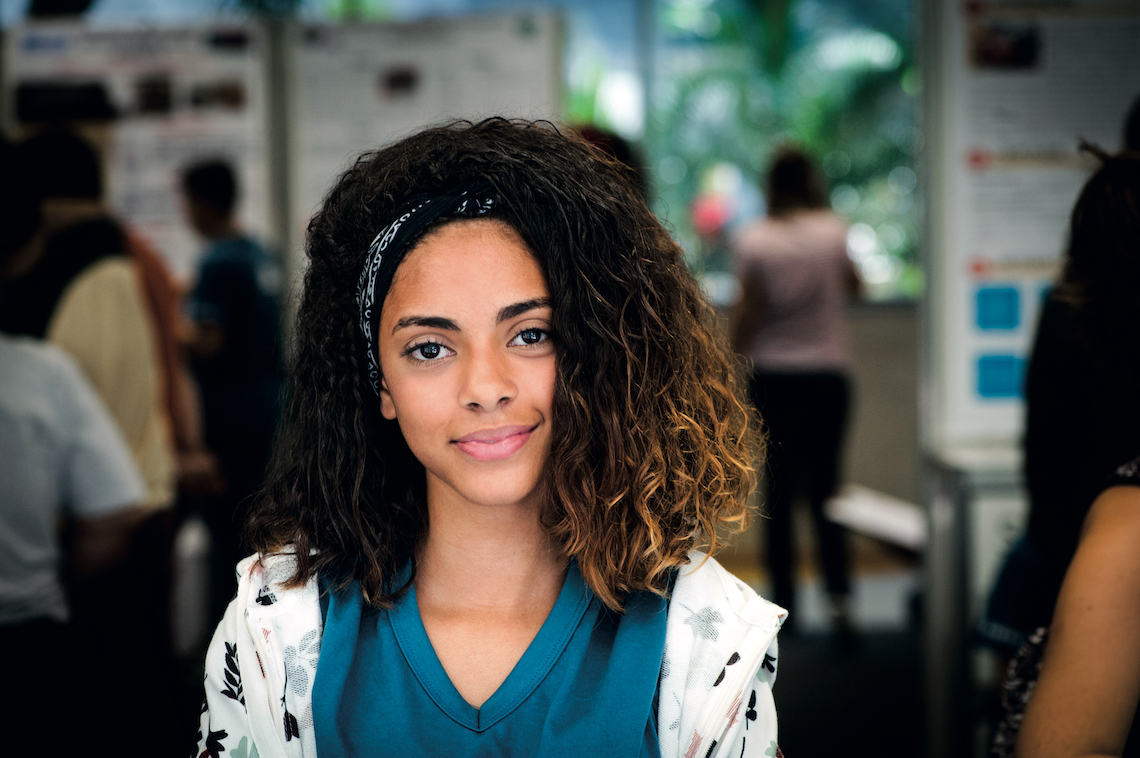 Wictoria dos Santos, 14, from Maceió, was invited to USP in March as finalists for FEBRACE

After seeing a photo of a sea turtle with a plastic straw lodged in its nostril on a news website, Maria Terossi Pennachin, a 16-year-old student from São Paulo, became determined to do something about beach litter. “I really felt sorry for the turtle, and began thinking about ways to solve the problem,” she says. At the public school where she studies in Campinas, São Paulo State, she started a project at the lab to develop a biodegradable drinking straw made from yam starch and gelatin, under the supervision of her teachers Claudia Caniati and Aloísia Moretto. The material is edible and self-degrades within 40 minutes of being immersed in fluids such as water or soda. Pennachin believes the new product has commercial potential, and is now considering replacing the gelatin with a plant-based ingredient to produce vegan straws.

Hers was one of the projects exhibited at the 17th edition of the Brazilian Science & Engineering Fair (FEBRACE) from March 19 to 21, at the University of São Paulo (USP) campus in São Paulo City. Pennachin won five awards, including second place in the Life Sciences category and the opportunity to attend National Youth Science Camp, an international science program for secondary students. 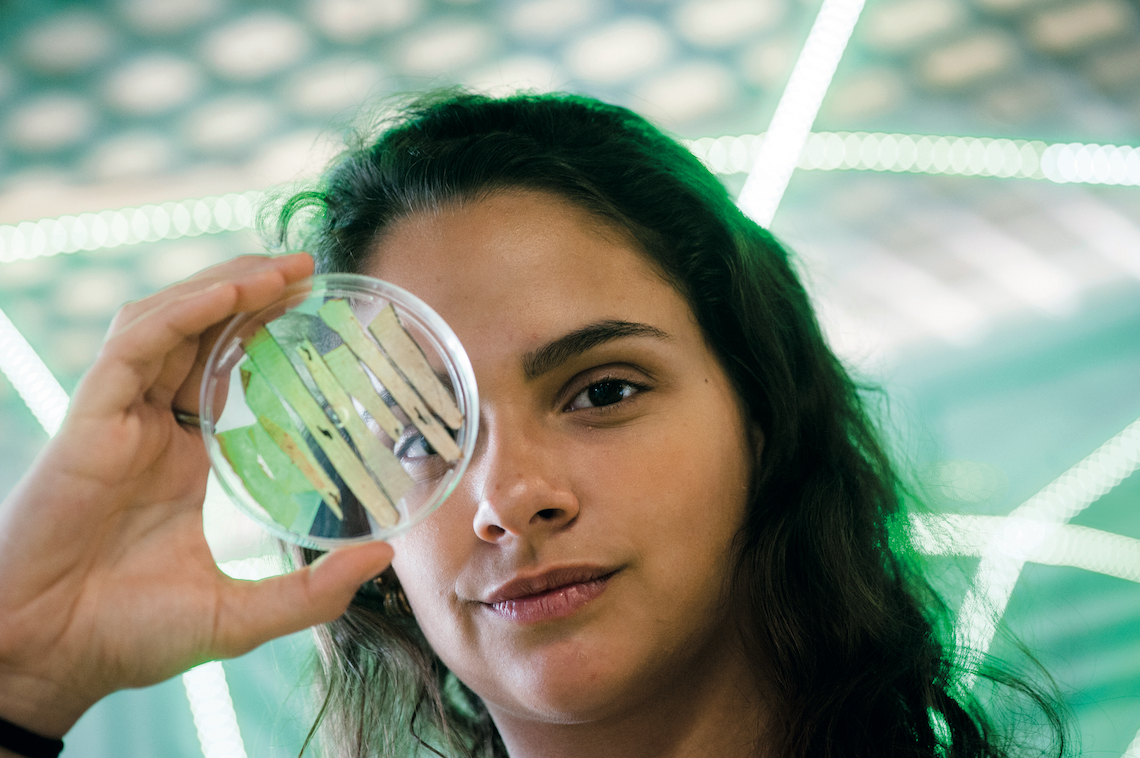 Juliana Estradioto, 18, exhibits a biomembrane synthesized from macadamia waste with potential applications as a raw material for packagingLéo Ramos Chaves

As they prepare to exhibit at FEBRACE, many students attend online courses created by the event organizers on subjects such as how to explain science projects in plain language. One course, on the Internet of Things, teaches students how to make sensors and collect data using mobile devices. “The projects and prototypes exhibited at the fair have become increasingly robust thanks to both the instructional materials available and the experience that teachers have gained from previous editions,” says electrical engineer Roseli de Deus Lopes, FEBRACE’s organizer in chief since the first edition in 2003; she introduced the idea in Brazil after participating as a judge at the Intel International Science and Engineering Fair (Intel ISEF)—the world’s largest international precollege science competition—in 2001. Students coming home from participating at FEBRACE teach other students the practices they have learned, she says. “Many of these students progress very rapidly in their academic careers, often publishing papers while still in undergraduate training,” says Lopes, who is a professor in the Polytechnic School at USP—the school’s Laboratory of Integrable Systems is responsible for organizing the fair.

This year’s edition received 72,000 project submissions. The 332 finalist teams were formed by 751 primary, secondary, and trade-school students from across Brazil. Roughly 300 projects received awards and prizes, ranging from trophies and certificates to paid trips to international fairs, research grants from the Brazilian National Council for Scientific and Technological Development (CNPq), and quarterly Pesquisa FAPESP subscriptions. Students competed for awards for the four best-placed teams across seven categories, as well as prizes offered by companies and institutions such as Petrobras, Intel, and the American Psychological Association. The FEBRACE fair aggregates the top projects from more than 116 affiliated science fairs throughout Brazil, as well as direct project submissions. Projects are selected against criteria that include innovation, relevance, methodological rigor, and quality of project reporting. 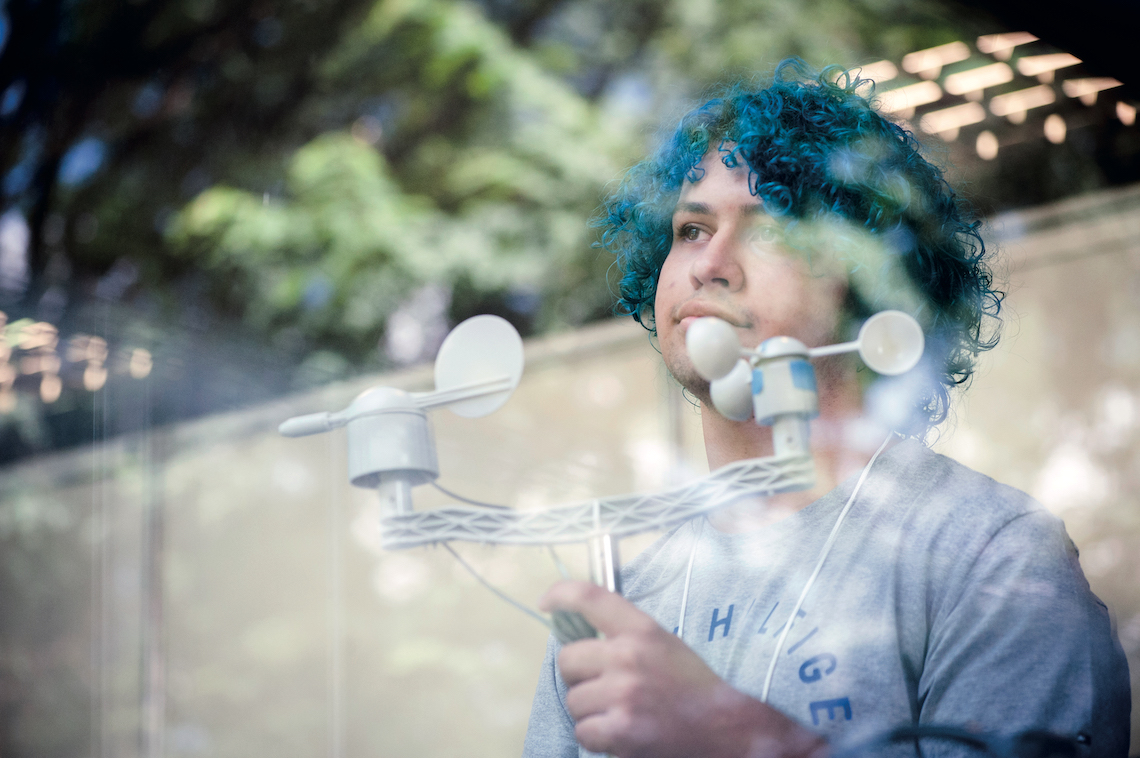 Arthur Sary, 17, from Curitiba, and Wictoria dos Santos, 14, from Maceió, were invited to USP in March as finalists for FEBRACELéo Ramos Chaves

Even younger students fresh into high school have submitted very solid projects. A case in point is 14-year-old Wictoria Stephaniy Juaniy dos Santos, who developed panels made of coconut fiber for acoustic insulation. Her project earned her a certificate and an invitation to publish an article in the Brazilian precollege research journal Scientia Prima. Dos Santos, whose mother works as a maid, studies at a public school in Maceió. “I haven’t yet decided whether to study theater or engineering, but I want to make a meaningful contribution to society,” she says. In March she traveled to São Paulo for the first time to participate in an exhibition of finalist projects at USP. “It was an incredible experience. I met several students from all over Brazil and had the opportunity to share ideas with them,” she recalls.

One of her new acquaintances was a fellow finalist from Curitiba, 17-year-old Arthur José Sary. He developed sensors for measuring the intensity of wind and rain impinging on different points of building facades, which can help to inform cheaper and more efficient renovations. “Facades more exposed to the elements can be reinforced, while others may not need as much in the way of repairs,” he explains. The Civil Defense Department, a fair sponsor, invited Sary to visit its emergency operations center and lunch with technical staff. 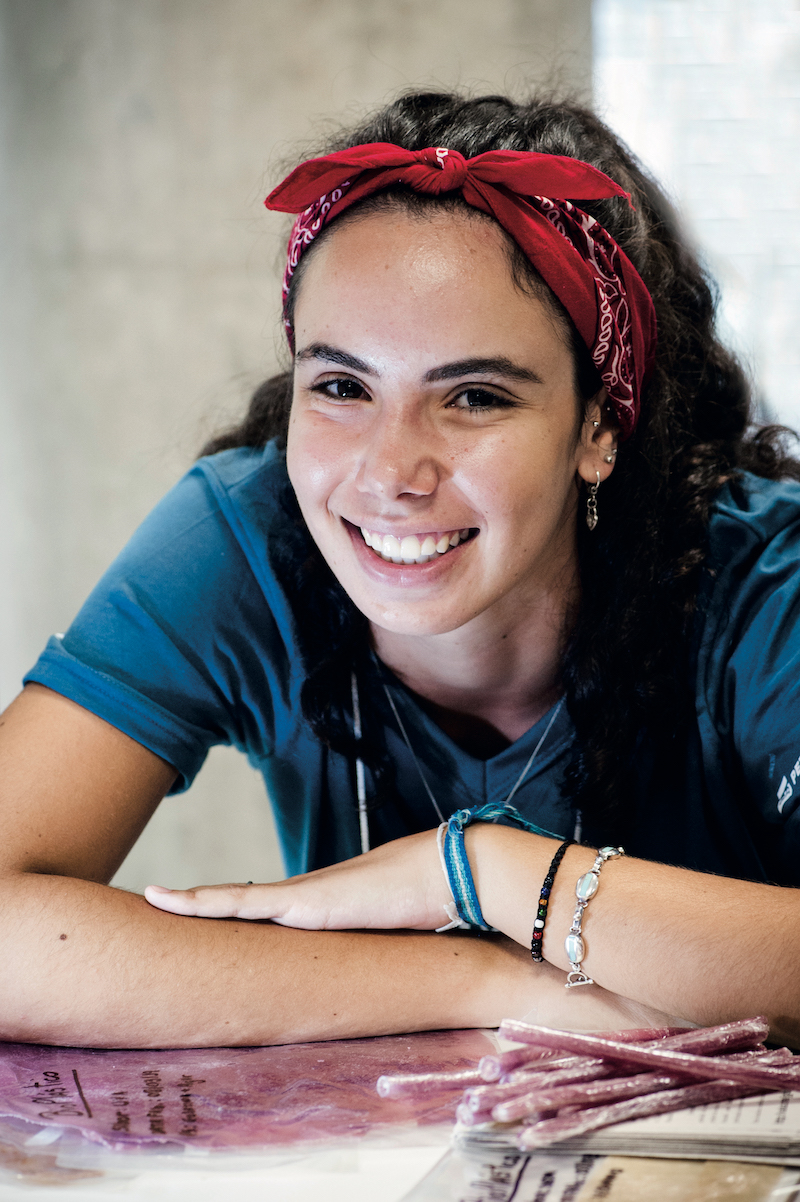 This year’s FEBRACE finalists were a total of 407 girls and 344 boys, mostly (67%) from public schools. “Students from poorer regions often submit projects addressing real-world issues that they experience firsthand on a daily basis,” says Lopes. Rafaela Souza de Almeida, 17, developed a study on the sustainable cultivation of Mauritia flexuosa, or moriche palm, as a source of income in Maranhão, a state in northern Brazil. As a resident of Imperatriz, a city in the region, she is no stranger to the challenges facing local communities. Almeida’s project won first place in Social Science, and a Community Innovation Award from the Society for Science & the Public, a US nonprofit organization.

Juliana Davoglio Estradioto, a student at the Federal Institute for Education, Science & Technology of Rio Grande do Sul (IFRS), in Osório, southern Brazil, took first place in the Crop Science category with a project that developed a method of recycling waste from macadamia processing into biodegradable packaging. “My research interests are mainly in compliant waste disposal. Garbage bags are typically made of plastic, and are a problem for waste segregation,” explains the 18-year-old, who developed the project under the supervision of two teachers at her school, Flavia Twardovski Pinto, a food engineer, and Thiago Rafalski Maduro, a chemical engineer.

The large volume of project submissions made selecting the winners a challenging task. A team of more than 200 university professors and volunteer appraisers served on the fair’s selection committee. Nine teams earned the opportunity to compete at Intel Isef on May 12–17 in Phoenix, Arizona. José Guilherme de Oliveira Matias and Yanne Lara Gurgel Pinheiro won a spot with a research project on the presence of pesticides in groundwater samples collected in Vale do Jaguaribe, Ceará, northeastern Brazil. The students, who live in the area, conducted the study to assess impacts from pesticides on the incidence of neurological diseases such as Alzheimer’s and Parkinson’s. The students found that the pesticide molecules they identified in the water samples can bind to proteins and cause alterations in the brain. Amanda de Souza Maloste and Jessica Cristina Burda, from Campo Largo, Paraná, southern Brazil, were another duo to win the award. The pair did research on the use of corncobs as an alternative to polystyrene, a resin used in the manufacture of disposable foodware. The FEBRACE fair was hosted for the first time at Inova USP, the university’s newly opened innovation center. “The selection of this particular building, which will soon house several advanced laboratories, has a symbolic value,” says Roseli Lopes. “We are sending a message to these students that we want to see them here as they embark on their academic journeys, in an environment where they can develop their creative abilities.”