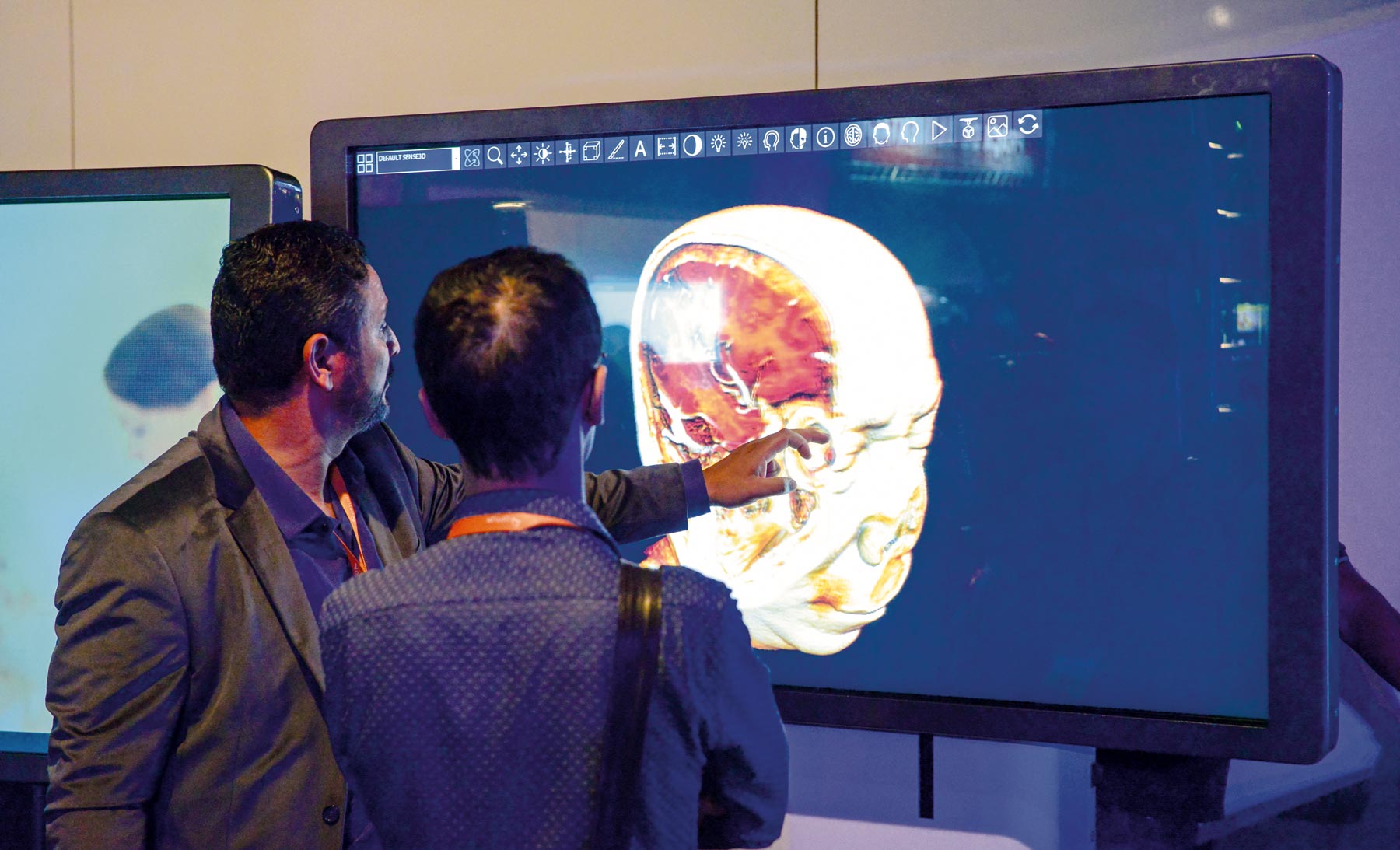 A platform displaying three-dimensional images of the human body, created by startup Csanmek, was a finalist for the award

A noninvasive, drug-based treatment for diabetic retinopathy was the winner of the 4th edition of the Empreenda Saúde award, in São Paulo. The award program was created in 2015 by everis foundation, with support from the Syrian-Lebanese Hospital, to encourage entrepreneurship and innovation by recognizing science projects with possible applications in healthcare. According to the Brazilian Diabetes Society, the disease targeted by the new therapy is the leading cause of irreversible blindness in people aged 20 to 74.

The 2018 award-wining medicine is the result of a 20-year research effort by Jacqueline Mendonça Lopes de Faria, of the School of Medical Science at the University of Campinas (UNICAMP), and is set to radically change the current approach to treating diabetic retinopathy. The disease arises when excessive blood glucose causes damage to blood vessels in the retina, the part of the eye responsible for capturing and transmitting images to the brain. Retinopathy is currently treated using invasive, high-risk, and expensive techniques such as laser photocoagulation, intraocular drug delivery, or intraocular surgery. The new proposed treatment is an eye drop formulation based on nanotechnology that gradually releases the active ingredient into the retina. “The eye drops act on the neurons in the retina, protecting them from glucose toxicity,” explains the researcher.

De Faria developed the drug in collaboration with chemical engineer and nanotechnology expert Maria Helena Andrade Santana, from the Institute of Chemistry at UNICAMP. The medicine has recently been tested on lab mice with positive results. A patent application for the eye drops has also been filed in Brazil and in other countries. The physician believes the stage of development is still too incipient to attract interest from the pharmaceutical industry. “Companies want a product that has been fully developed and approved by ANVISA [the Brazilian Health Regulatory Agency] and the FDA,” she says.

There is still much that needs to be done, including testing on humans, before an application can be submitted for marketing approval. De Faria will use the prize money—R$50,000—to retain consultants to advise her on the bureaucratic procedures involved, build a business plan, and obtain approval. She hopes to set up a company to monetize her research.

Gaining visibility
According to Raphael Bueno of Fundação Everis, who heads the initiative in Brazil, the 4th edition of the Empreenda Saúde award program received 220 submissions from all around the country. Fundação Everis is an organization created by Everis, a global consulting firm offering strategy and business solutions to clients in industry and government. “Many startups submitting projects for the award have already been accelerated and are now seeking investment and exposure to their target market,” says Bueno. One example is the São Paulo–based startup TNH Health, one of the six finalists, which uses chatbots powered by artificial intelligence to transmit text-message instructions to pregnant women and people with chronic diseases (such as diabetes and hypertension). The company received support from the acceleration programs Artemisia and Quintessa.

Csanmek, also in São Paulo, made the finals with its surgery simulation and virtual dissection platform. The Multidisciplinary 3D Platform, as it is called, displays three-dimensional images (obtained from computerized tomography and magnetic resonance imaging scans) of all systems in the human body. “The platform lets medical, dentistry, or physiotherapy students experience real-word scenarios,” says Csanmek founder Cláudio Santana, who has previously worked in hospital management. The product, Santana says, is already being used at 70 education institutions in Brazil and in countries such as the US, China, Poland, Dubai, and Mexico.

Salvus, in Recife, was named a finalist for its internet of things (IoT)-based oxygen therapy monitoring system. The system, dubbed Atas O², monitors the stock and consumption of medicinal oxygen both at hospitals and in homecare. The company developed the device in partnership with the Recife Center for Advanced Studies and Systems (Centro de Estudos e Sistemas Avançados do Recife, or C.E.S.A.R.) and has filed four patent applications.

Three of the six finalists for the 4th Empreenda Saúde award, including Jacqueline de Faria, submitted projects created by academic groups with potential commercial applications. Among these finalists was the Artificial Intelligence for Healthcare Group at the Pontifical Catholic University of Rio Grande do Sul. A member of the team, computer scientist Henrique Dias Pereira dos Santos, came third with an artificial intelligence algorithm capable of detecting off-pattern drug prescriptions potentially indicating a medical error. According to dos Santos, the algorithm was tested at Nossa Senhora da Conceição Hospital, in Porto Alegre (RS), and successfully red-flagged 90% of inappropriate dose cases out of a total of 500,000 prescriptions.

Kit Livre, the runner-up for the award, is a startup incubated at the same university. The project—a retrofit kit that can be fitted to any wheelchair to turn it into an electric motorized tricycle—was created in 2011 in the School of Engineering at São Paulo State University’s (UNESP) Guaratinguetá campus. Mechatronics engineer Júlio Oliveto, who developed the project, launched the product commercially in 2014.

With the launch of the Central Institute Innovation Center (CITIC) last November 7 at Hospital das Clínicas (of the School of Medicine at the University of São Paulo), researchers looking to set up a healthcare-related startup now have an additional channel for support. Headed by Maria José Carmona, director of the Anesthesiology Division at the Central Institute, CITIC is an arm of Inova HC—a program created in 2015—with a mission of prospecting for innovative solutions for healthcare that are being developed by health techs.

The center establishes collaborations, provides capacity-building support for startups, and assists in applying for funds from development agencies. It also provides technical and legal advice on establishing public-private partnerships. Biologist Gabriela Ribeiro dos Santos, innovation manager at CITIC, says the center is already supporting 20 projects at different stages of development. “Some have already developed into startups and are at the proof-of-concept stage. Others have already secured agreements with external partners or under FAPESP’s PIPE program,” she says.