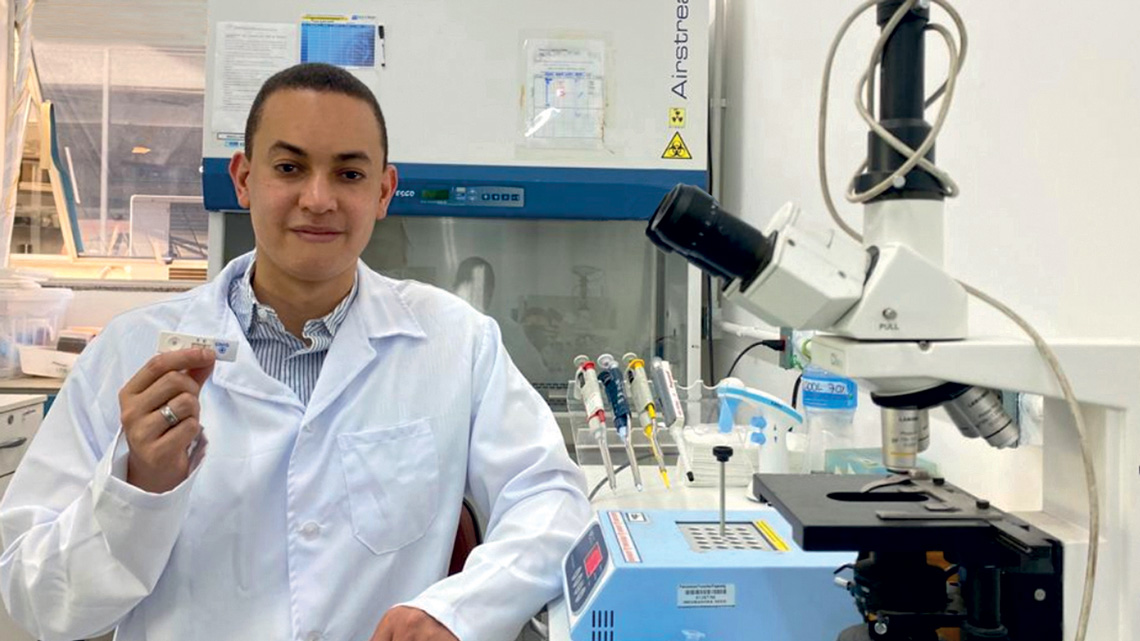 Mendes at the UFV laboratory in Viçosa

Since 2010, Tiago Antônio de Oliveira Mendes, a professor from the Department of Biochemistry and Molecular Biology at the Federal University of Viçosa (UFV), has been working on the development of diagnostic systems and vaccine antigens for diseases such as dengue, leishmaniasis, leptospirosis, and Chagas—and more recently, COVID-19. Focusing on topics ranging from the development of antimicrobial cellulose bioplastics to the editing of bacterial genomes, he won the latest Fundação Bunge award in the youth category, which recognizes researchers under 35.

“The award is recognition of all the research I have carried out in the biological and health sciences,” explains the scientist, who was born in Belo Horizonte. Mendes has been head of UFV’s Molecular Biotechnology Laboratory for more than five years and has filed 34 patent requests for new technologies developed together with his team of 25 researchers. Five products developed based on these new technologies are already being manufactured by partner companies. Another eight projects started in 2021 are undergoing testing before new patent requests are filed.

One of them relates to a filtration system that prevents bacteria and antibiotic waste from entering the sewage system. The technology, which could potentially reduce contamination from hospital waste, uses a low-cost cellulose polymer membrane made of waste from agricultural companies. Waste is passed through a kind of pipe, inside of which an ultraviolet light destroys genetic material in about 30 minutes. The method, also tested for bacteria such as Escherichia coli and Salmonella typhi, proved efficient at eliminating viruses such as SARS-CoV-2. “Although it’s less common, we can’t ignore the fact that contamination also occurs through waterways,” points out Mendes. “Studies show that the virus that causes COVID-19 is present in the feces of those infected, who can spread the virus through hospital sewage systems,” he says. 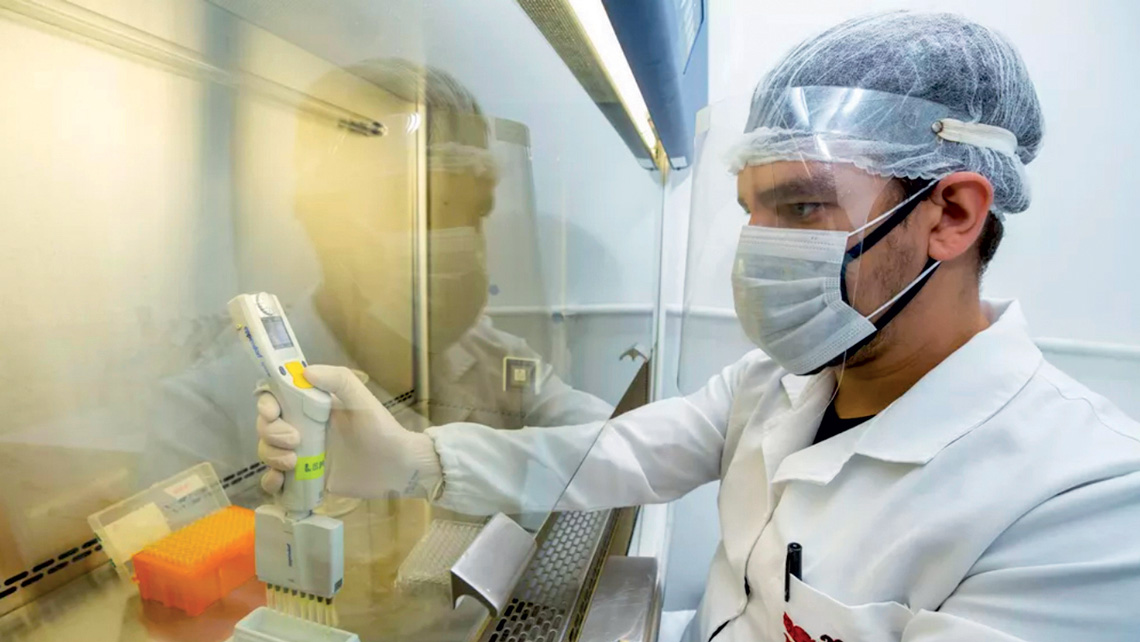 Another study he is leading is attempting to reverse bacterial resistance. “Recent research shows that 20% of existing bacteria no longer respond to any type of medication,” says Mendes, who wants to make these microorganisms susceptible to the effects of antibiotics once more. In molecular experiments, material capable of silencing the gene responsible for bacillus resistance is being injected into enterobacteria, including Salmonella and E. coli. “We are currently doing tests on mice to find ways of directing this genetic material to the bacteria present in their bodies.”

Mendes and his team have developed two low-cost serological COVID-19 tests. The technology for one of them is in the process of being transferred to a biotechnology company in Varginha, Minas Gerais, with which Mendes hopes to begin joint production.

After graduating in pharmacy from the Federal University of Minas Gerais (UFMG) in 2009, the scientist studied a master’s in parasitology and a PhD in bioinformatics at the same institution. “During my doctorate, which I completed in 2015, I worked with data analysis in bioinformatics, a field of study that uses computational tools to understand biological and health problems.” Last year, he decided to start a new degree to deepen his programming knowledge: he is now studying information systems at the Pontifical Catholic University of Minas Gerais (PUC-MG).