In 1987, the US Food and Drug Administration (FDA) approved the use of azidothymidine (AZT), the first antiretroviral drug to treat HIV, the virus that causes AIDS. Despite intense side effects, AZT added months to patients’ lives, but the virus soon developed resistance to the drug. Other drugs began to be used in combination, and as a result, antiretroviral therapy (ART) prevented 9.5 million deaths worldwide between 1995 and 2015, with a global economic benefit of US$1.05 trillion, according to a study by NGO Avenir Health and researchers from US universities (Health Affairs, July). In all 44 high-income countries and all 117 low-income countries, the economic benefits of ART outweighed the costs. In Brazil, the life expectancy of people with HIV/AIDS jumped from 3.3 years in 1997 to 25.7 years in 2014. One consequence of the increased use of ART is that the rate of HIV infection fell from 3.5 million per year in 1997 to less than 2 million in 2016—without the therapy, the expected number of new infections would remain at around 3.5 million a year. Another benefit was the reduced number of children who lost one or both parents to AIDS: the number of double orphans (children who lost both parents) fell from 4.5 million in 2010 to 4 million in 2015; projections without ART indicated a figure of 5.8 million for 2015. Roughly 19.5 million people worldwide are currently undergoing ART. According to the survey, however, there are 15.2 million infected people receiving no treatment. 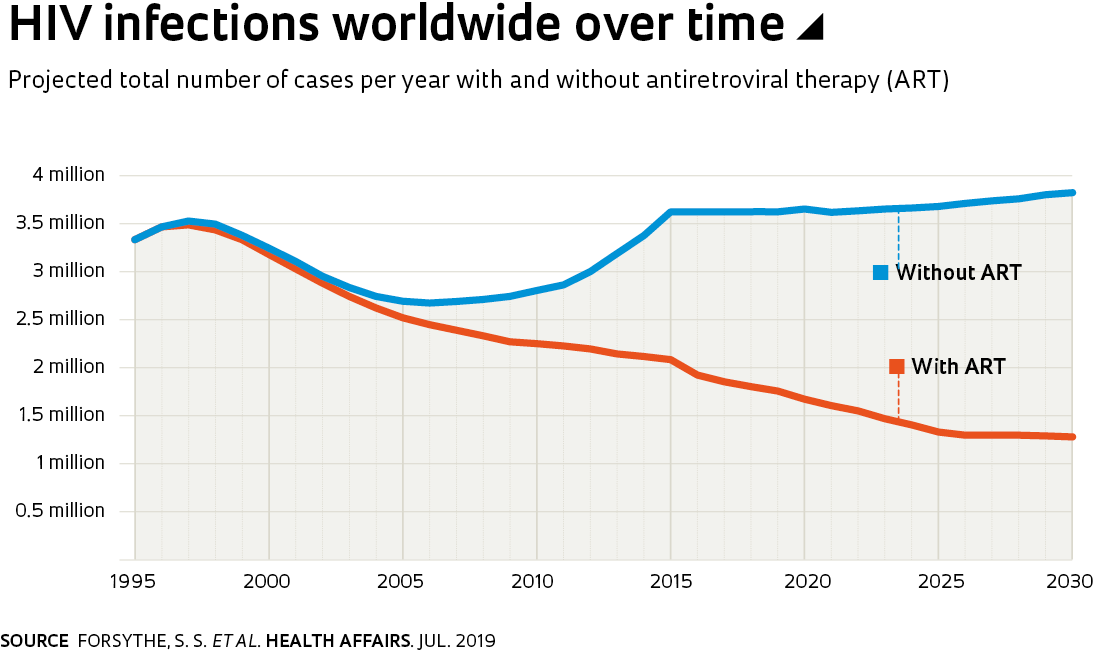