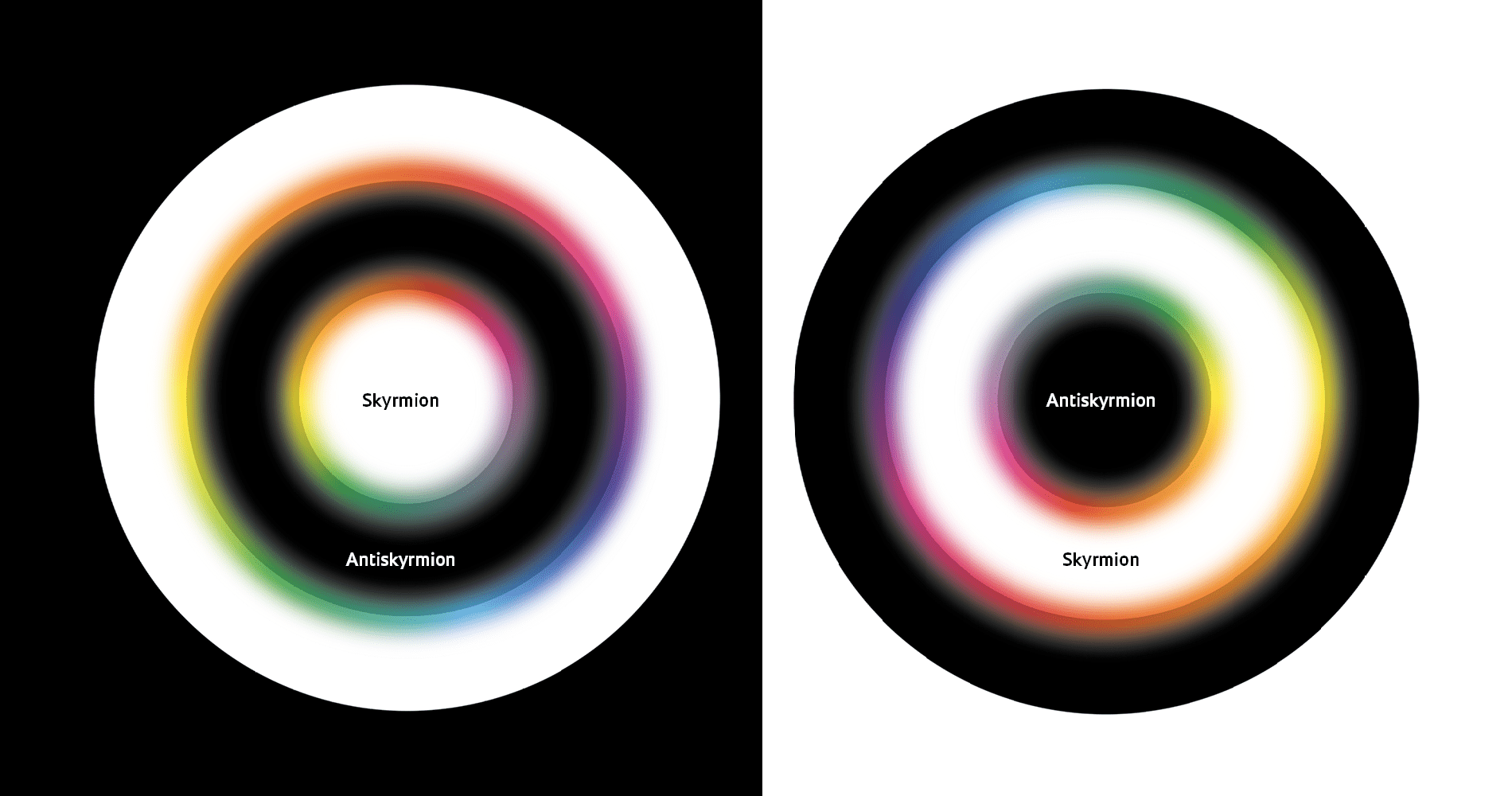 A pair of researchers from the Brazilian Center for Physics Research (CBPF) in Rio de Janeiro have proposed a seemingly simple way of reliably altering the magnetic properties of tiny areas of certain materials. Simulations carried out by Peruvian physicist Helmunt Vigo-Cotrina and Brazilian Alberto Passos Guimarães suggest that it is possible to use very brief and intense magnetic pulses to create and manipulate regions that could store digital information in ferromagnetic metals, such as cobalt. Presented in two articles published in the Journal of Magnetism and Magnetic Materials in April, the strategy was conceived using a mathematical model and could allow scientists to transform areas up to 100,000 times smaller than the width of a hair into a substrate than can store the numbers 0 and 1—the components of a bit, the basic unit of binary code used by computers. If the procedure is achievable in practice, it could pave the way for the creation of more energy-efficient memory devices with greater storage capacity.

For at least a decade, physicists have known that by using a coil to produce a magnetic pulse, it is possible to modify the characteristics of very small regions—with a diameter of just a few nanometers (one of which is equal to a millionth of a millimeter)—in blocks or films of materials containing iron, cobalt, or nickel. These chemical elements are metals that under certain conditions function as magnets due to the way the subatomic particles, especially the outermost layer of electrons, are organized and interact inside the material. Electrons have a peculiar property known as spin, which in layman’s terms, describes their rotational movement. Spin causes the electron to act as a magnet on a microscopic scale. “In ferromagnetic materials, the electrons all spin in the same direction, which allows them to preserve this magnet characteristic on a macroscopic scale,” says Guimarães.

In 2009, German physicist Sebastian Mühlbauer of the Technical University of Munich and his colleagues experimentally demonstrated that magnetic pulses reversed electron spin in small circular regions of a manganese-silicon alloy (MnSi), as had been predicted three decades prior by Russian physicist Valery Pokrovsky. These highly homogeneous and stable circles, in which the electrons spin in the opposite direction to those in the rest of the material, are called magnetic skyrmions. The name is borrowed from a hypothetical particle, the skyrmion, proposed in 1962 by British physicist Tony Skyrme (1922–1987).

There are several properties of magnetic skyrmions that make them particularly interesting to physicists. They are very small—the smallest are just 1 nanometer (nm) in diameter—and take up less space than the transistors on a conventional computer chip. According to theoretical and experimental studies, skyrmions are resistant to variations in temperature and electric and magnetic fields. They can travel at high speeds, driven by an electric current, and are not destroyed by imperfections in the material. These characteristics make skyrmions in thin magnetic layers ideal candidates for encoding bits of information, which need to be stable to avoid data loss.

There are several ways to create skyrmions. Some appear spontaneously due to the dimensions or geometry of the material, while others are formed by external interference, such as the application of an electric current or magnetic pulses. To date, however, no controlled method for generating skyrmions has been found. Faced with this challenge, Vigo-Cotrina and Guimarães decided to look for a way to control the production and manipulation of skyrmions and another more complex magnetic structure, the skyrmionium. Composed of a skyrmion and an antiskyrmion, the skyrmionium takes the form of two concentric circles, one inside the other, whose electrons spin at slightly different angles.

Vigo-Cotrina and Guimarães, who both specialize in the field of nanomagnetism, used magnetic simulations to represent interactions in a 150-nm-diameter, 1-nm-thick cobalt disk submitted to a magnetic field. After feeding the properties of the disk into the model, the researchers found that to create skyrmions with the characteristics they wanted, they had to use very fast magnetic pulses, lasting from 510 to 900 picoseconds (a trillionth of a second), with relatively high intensity, between 449 and 926 millitesla. Skyrmioniums, meanwhile, originated from shorter (300 to 430 picoseconds), more intense pulses (904 to 998 millitesla), according to the article published in the Journal of Magnetism and Magnetic Materials in April.

The pair also noted that a skyrmion can turn into a skyrmionium. “The simulations suggest that by changing the characteristics of the magnetic pulse, it is possible to choose which magnetic structure to produce [a skyrmion or a skyrmionium],” explains the Peruvian physicist, who worked on the project during a postdoctoral fellowship at CBPF, under the supervision of Guimarães and funded by the Rio de Janeiro State Research Support Foundation (FAPERJ).

While controlling the type of structure created is desirable, it may not be enough. There is a problem with skyrmions: the topological charge, a property that can be positive or negative, usually forces them to migrate to the edges of the material when driven by an electric current within a magnetic field, which can destroy them. This issue can be circumvented by using skyrmioniums, which have a neutral topological charge and move in the same direction as the current, without any deviation (deflection). Skyrmioniums can be used to record information by associating their presence or absence with the numbers 0 and 1. This approach could be even more efficient if it is possible to give the electrons opposing spins in the two regions of the skyrmionium (the skyrmion and the antiskyrmion) to create a skyrmionium with inverted polarity.

In the simulations, Vigo-Cotrina and Guimarães were able to invert the polarity by adjusting the intensity, duration, and frequency of the magnetic pulses, as described in a second article published on April 18.

According to experimental physicist Kleber Pirota, from the University of Campinas (UNICAMP), the strategy devised by the CBPF researchers is simple and innovative. “Reproducing it in practice, however, is a major challenge,” he says. After all, it is not easy to build a coil with the parameters suggested in these papers for generating the magnetic pulses. “The proposal, however, opens the door for other researchers to try to find more favorable conditions,” says Pirota.