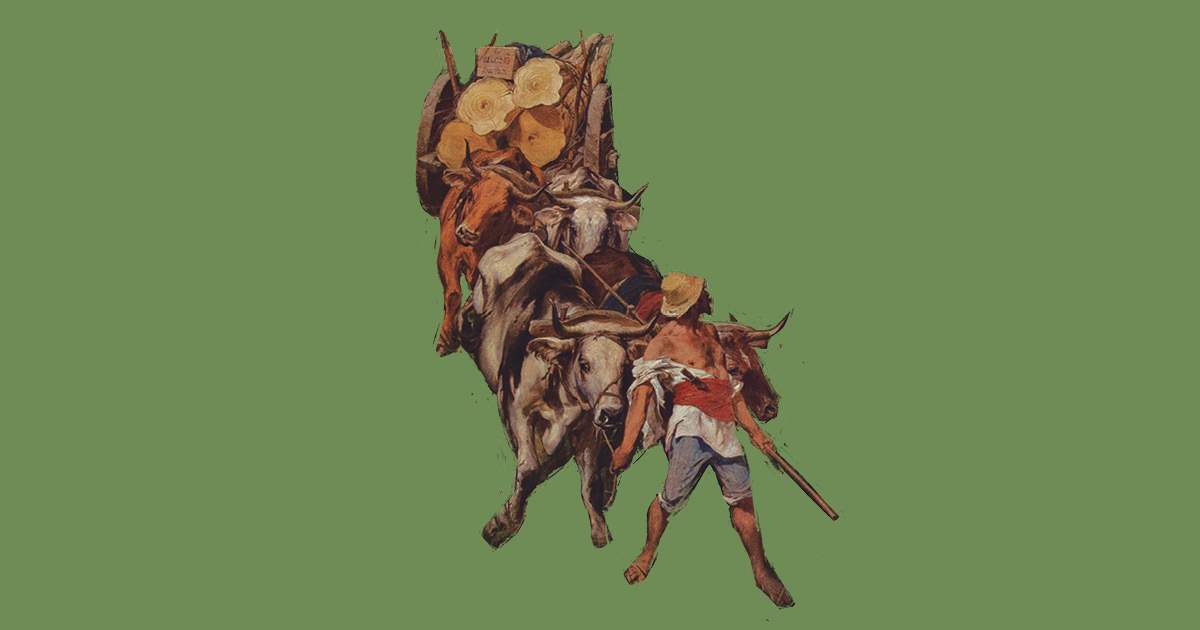 The illustrations created for this edition were based on iconography that originated from the facts and key characters of the Independence of Brazil, as well as other “portrayals” of the country produced during almost seven decades of its imperial rule.

“Portrayals” is in quotation marks because as has been described, these images are more like well-engineered symbolic constructions than depictions of reality. Not only do they reveal more about the observer than the scene being observed, but above all they underline the role of iconography in the creation of a Brazilian history desired and imposed as official by some.

The aim of the visual narrative therefore does not fulfill the traditional role of illustrations—to support their corresponding texts—instead seeking to discuss the general objective of the introductory text through images: to illuminate lesser-known perspectives and provide a better understanding of the independence process and its consequences.

Peripheral scenes from original compositions are thus brought into focus, like the astonished cattle drover passively observing the “cry of independence” in the bottom left corner of Pedro Américo’s painting. Or the wet nurse kneeling by the side of Dom Pedro, who extends his hand to protect her, but without touching her. Then there are the indigenous people painted by Debret, invariably archetypal—almost caricatures, if they were not so tragic—sometimes displaying a bottle of cachaça, sometimes carrying a white man on their shoulders, two scenes hidden in the corners of well-known etchings. Stripped of his kingly attire, Dom Pedro I’s expression exudes the air of someone more fond of the pleasures of the glass than the duties of the throne. On the other hand, his royal apparatus—cloak, scepter, and sword—emanates self-sufficiency and stands alone, seeming to dispense with the need for a human body. Meanwhile, young ladies smile angelically with their pets, as if taken from a Swedish or Danish album to be part of the cast officially designated to symbolize Brazil.

Apart from the cover, only two of the images are not taken from a single original. In the first, Empress Leopoldina’s blue eyes are complemented by a smile-shaped hammock carried by slaves. In the other, a man and boy hold out their hats in an attempt to catch the royal crown falling from the sky—in reality, the pair were celebrating Brazil’s independence with Dom Pedro in a painting by Moreaux, while the crown rests peacefully on the head of the emperor in a painting by Debret. Beyond the comedic aspect, the freedom of expression in both montages aims to highlight the process of appropriating preexisting figurative content to construct a new narrative, regardless of the original contexts from which they are sourced.