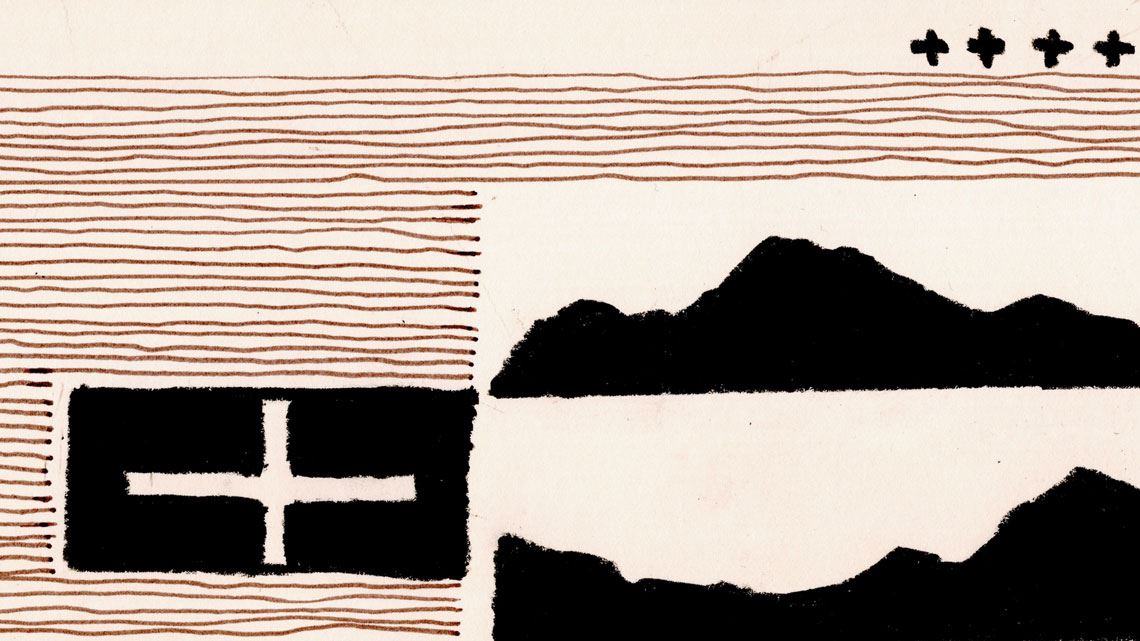 As black access to higher education has continued to expand, so has the range of ethnic and racial issues being explored in education and research. In medical schools, there has been an increased effort to develop disciplines addressing diseases that are more prevalent among black patients, and which have often been neglected; in the humanities and social sciences, concepts deriving from European and American textbooks are now being revisited.

UFRGS, one of the universities most significantly impacted by the adoption of affirmative-action policies, according to a study by Adriano Souza Senkevics at the National Institute for Education Studies and Research (INEP), launched a course in August dealing with ethical and racial issues as part of its MD program. Biochemist Maria Luiza Saraiva Pereira, who coordinates the course, explains that the initiative is partly based on a Brazilian Ministry of Education (MEC) directive issued in 2014 which requires medical school curricula to address the ethical and humanistic aspects of the profession. “But it also reflects an effort to tailor the program to the needs of affirmative-action students. In the course, we cover topics that are not addressed in regular medical school curricula, such as diseases that are more frequent among black and indigenous people, cultural aspects, and the health policies that have the greatest effect on them,” says Pereira. As a black researcher in a white-majority state, she highlights the importance of raising discussion around ethnic and racial diversity in the classroom.

Read more:
– A formula for equity

In a research project, Rosenilton Silva de Oliveira, a professor of anthropology at the School of Education, University of São Paulo (FE-USP), reviewed the curricula of around 390 bachelor of education programs at public universities in Brazil, and found that from 1998 to 2018 most universities included ethnic and racial issues in their programs, although mostly not as a mandatory subject. “We also found that 552 research groups on diversity were created in that period, including 315 in the field of education. In 2003, an amendment to the National Education Guidelines Act [LDB] made Afro-Brazilian history and culture a mandatory subject in basic education curricula. This mobilized professors, researchers, and black activists to discuss how to put the new rules into practice,” says Oliveira.

As a general trend, the fields of social science and education are working to transform the way subjects are taught at schools using concepts borrowed from African and indigenous culture. For example, new methods have been introduced for teaching languages such as English and French that are based on the versions of those languages spoken in African countries.

Antonio Sérgio Alfredo, a professor of sociology at FFLCH-USP, has advanced critical discussion around the concept of modernity. “Historically, the process of civilization has involved abandoning everything that is non-European or non-Western. In Brazil, attempts were made to “civilize” indigenous and black people by disseminating European culture,” he notes. In a recently published book, Guimarães describes the development of a new concept of modernity that began to be articulated in Brazil by black intellectuals in the 1930s. In exploring this concept, Guimarães has used, among other references, the works of British sociologist Paul Gilroy, who approaches the notion of modernity through the historical lens of the so-called black Atlantic. “I am looking to elaborate on Gilroy’s ideas by exploring the different modernities linked to linguistic and cultural traditions in the Americas. The concept of Black modernity involves decolonizing a country to reveal its cultural originality,” explains Guimarães.

Bárbara Castro, a sociologist at the University of Campinas (UNICAMP), notes that the Institute of Philosophy and Human Sciences (IFCH) has a long history of research on racial relationships in Brazil, but that as its student body has continued to diversify in recent years, it has incorporated research that explores racial issues not merely as an object of study, but as a platform for analyzing different aspects of modern society. “For example, a group of graduate students under sociologist Mário Augusto Medeiros da Silva recently explored historical records describing black associations in the post-abolition period, and found that they provided an important space for civic engagement in Brazil,” says Castro.

Alan Alves-Brito, who was the first person in his family to go to university and is now a professor of astrophysics at UFRGS and head of the multidisciplinary Center for Afro-Brazilian, Indigenous, and African Studies (NEAB), has developed an academic discipline dedicated to discussing racial issues in the field of astrophysics—including the traditional knowledge held by quilombola and indigenous communities, the underrepresentation of black people in the field of physics and astronomy, and scientific racism. “Many black students who study in public schools like I did lack access to digital technology. I always dreamed about being an astrophysicist, but saw this as a very remote possibility,” he recalls. This began to change, he says, when the State University of Feira de Santana (UEFS), his hometown, began offering a Bachelor of Education program in physics, in which he earned his first degree. “I am now one of the only black professors at UFRGS and, despite the challenges, this has created opportunities to develop new research and academic disciplines. I am regularly invited to speak all around the world about my research in astrophysics and diversity in science,” he says. Alves-Brito notes, however, that doing research in astrophysics requires proficiency in statistics and computing. “A modern secondary education that equips students for the fourth industrial revolution is only available in private schools,” he says. “Seventy-three percent of workers in the information technology sector are white,” he highlights, referring to a survey by NGO Potências Negras Tec.

Tarcízio Silva, in his doctoral research in the humanities and social sciences at the Federal University of ABC (UFABC), has investigated the ways technology is shaped by racial hierarchies. His work draws on research by American computer scientists Joy Buolamwini and Timnit Gebru, showing that gender and age detection systems are more likely to mischaracterize black people, and especially black women. “These artificial intelligence systems have been adopted despite their high error rates,” says Silva.

In her book Libertação, descolonização e africanização da psicologia: Breve introdução à psicologia africana (Liberation, decolonization, and Africanization of psychology: A brief introduction on African psychology; Edufscar), published in 2019 with funding from FAPESP, psychologist Simone Gibran Nogueira describes her doctoral research at the Pontifical Catholic University of São Paulo (PUC-SP) and subsequent postdoctoral research at PUC Campinas. “I’m a white Brazilian of Lebanese descent and I’ve always been interested in issues surrounding Afro-Brazilian culture. My interest in the subject was first sparked when I realized that undergraduate psychology textbooks were usually written by white, European or American authors,” she says, referring to a 2012 survey by the Federal Council of Psychology which also showed that 89% of active psychologists that year were women—67% white and middle class. The survey also found that 70% of female psychologists in Brazil work in government services such as social care, education, and healthcare, in which the majority of stakeholders are black.

“In Brazil, psychology was one of the last fields in the humanities to turn its focus to people of black and indigenous descent, in the twenty-first century.” In this context, Nogueira began to do research in Black psychology, an academic field that emerged in the US about 50 years ago. “In this field, Ancient Egypt and black Africa—rather than Greece—are regarded as the cradle of philosophical thought. We harness this knowledge to develop new approaches to psychological issues,” she says.

In his doctoral research, engineer Elton Bernardo Bandeira de Melo, a planning and budget analyst at the Brazilian Ministry of Finance, explored the need to include black people, and especially black women, in the white male-dominated departments of ​​planning, budgeting, and finance within the Federal Government. “The fiscal dimension takes precedence over the social one in current budgeting practices. Today’s planning tools and methods often neglect to address racial issues,” he notes. Part of his research has been published as a chapter in a book published by Elaine de Melo Xavier, who has a master’s degree in social policy and planning and works as a budget analyst at the Brazilian Ministry of Finance. “After studies on planning, budgeting, and public finance began to factor race and gender issues, particularly since the 1990s, we have learned that economic policies have often exacerbated inequalities in Brazil,” she says. “Black women are proportionally among the biggest taxpayers in Brazil, yet government budgets often neglect the public services they require.” These findings were only made possible, says Xavier, when researchers in the field of ​​budget planning began to explore ethnic, racial and gender issues in the 1990s.

Renato Janine Ribeiro, chairman of the Brazilian Society for the Advancement of Science (SBPC) and a professor at FFLCH-USP, believes that a lack of diversity has had a negative impact on Brazil’s development. He notes that 70% of Brazilians lack access to decent housing, education, transportation, and healthcare. “It is difficult for scientific talents to flourish while enduring hardship,” he argues, citing a survey carried out at the USP Agency for Academic Information Management using data compiled from an international database. According to the survey, Brazil ranks 11th among countries with the largest number of scientific papers about COVID-19. “We achieved this with only 30% of our population enjoying the living conditions needed to nurture and develop talents. If all Brazilians had decent living conditions, our science output would no doubt be more advanced,” argues Janine Ribeiro.