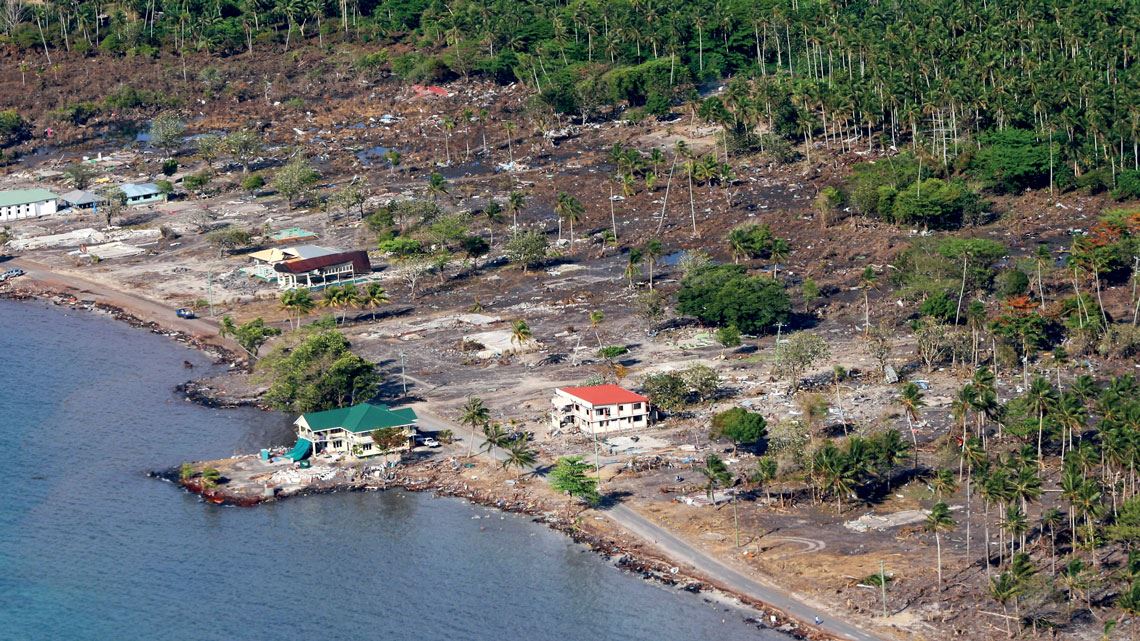 Tsunamis generated by earthquakes, such as the one that occurred near the Tonga archipelago in the Pacific Ocean in January, produce magnetic fields that can be detected slightly before the sea level rises. Ocean water contains electrically charged particles which generate a new, more subtle magnetic field as they move through the Earth’s magnetic field. Theoretical studies have suggested that the magnetic field produced by a tsunami could be detected before sea levels rise, but there was previously little data from the observation of real phenomena. Now, Zhiheng Lin, a geophysicist from Kyoto University in Japan, and his colleagues have confirmed the effect based on measurements taken during a tsunami that occurred near the Samoa archipelago in the Pacific in 2009 and another generated by an earthquake in Chile in 2010. Detectors on the seafloor identified the magnetic field minutes before the water level rose. The size of the magnetic field allowed the team to calculate the sea’s elevation (Journal of Geophysical Research: Solid Earth, October 18).