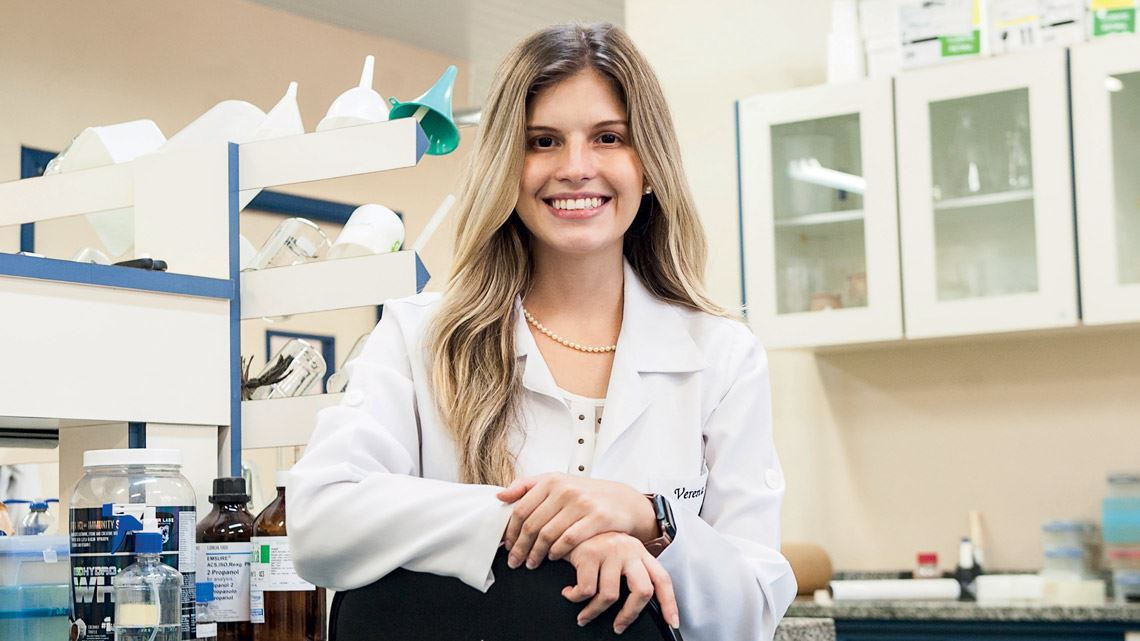 Two years ago, Verena Paccola was studying hard in preparation for life as a student at the Ribeirão Preto School of Medicine (FMRP) at the University of São Paulo (USP). Looking for a change of pace, she decided to sign up to NASA’s International Astronomical Search Collaboration asteroid hunting program, run in Brazil in partnership with the Ministry of Science, Technology, and Innovation (MCTI). In just two months, she managed to identify 25 asteroids, one of them considered highly significant due to its potential to collide with Earth.

“I found out about the chance to take part in the program on social media. I filled out the registration form and I was invited soon after to start online training on how to analyze images of space,” says Paccola, 22, who dedicated herself to searching for the celestial bodies between June and July 2020. The program does not involve personally scanning the sky at night, but the use of software that provides sets of images obtained by a telescope in Hawaii, USA. Participants analyze these images and produce reports and descriptions that are evaluated by the program’s staff. “Every week, a list is published of the people who discovered asteroids. My first discovery was in the third week. The next week, I found 13 asteroids. Eventually I reached 25,” she says with pride.

Born in Campinas and raised in Indaiatuba, a town in the interior of São Paulo State, Paccola has been interested in science since she was a child. “I remember a day when we were allowed to take a toy to school and I showed up with a battery-operated microscope that one of my aunts gave me,” she recalls. “I also loved reading books about how the human body works, especially about the brain.” In the sixth year of elementary school, she formed and led a robotics team at the First Lego League, a global tournament held in many countries. Her team won at several regional and national stages. In 2017, while studying at the Technical High School of Campinas, she created a study group with the intention of participating in the Brazilian Neuroscience Olympiad, run by Hospital Israelita Albert Einstein. “I did so well that in 2018 I was invited to do an internship in computational neuroscience for people with autism spectrum disorder,” she says.

The following year, she was selected to join a team participating in the United Nations (UN) Youth Assembly, held in New York, USA. “I applied, but I never thought I’d be successful—I apply for everything I see,” she jokes. Paccola also studied behavioral neuroscience at the University of British Columbia in Vancouver, Canada, for a semester in 2019. “I left the course when I realized that I really wanted to study medicine.”

The award was presented by the MCTI in Brasília in December, at a ceremony attended by Patrick Miller, founder and head of the asteroid search campaign. During the event, Paccola was surprised by the news that she had discovered an important asteroid, which earned her a trophy in addition to the medal awarded with special merit. “It’s known as a weak asteroid, meaning it moves more slowly than most,” she explains.

A frequent user of social media—she has more than 41,000 followers on Instagram alone—Paccola often publishes content related to scientific topics, as well as her daily life as a medical student. She even writes the scripts for her own videos and records and edits them herself. “The biggest prize is knowing that I’m inspiring girls who are interested in science,” she concludes.