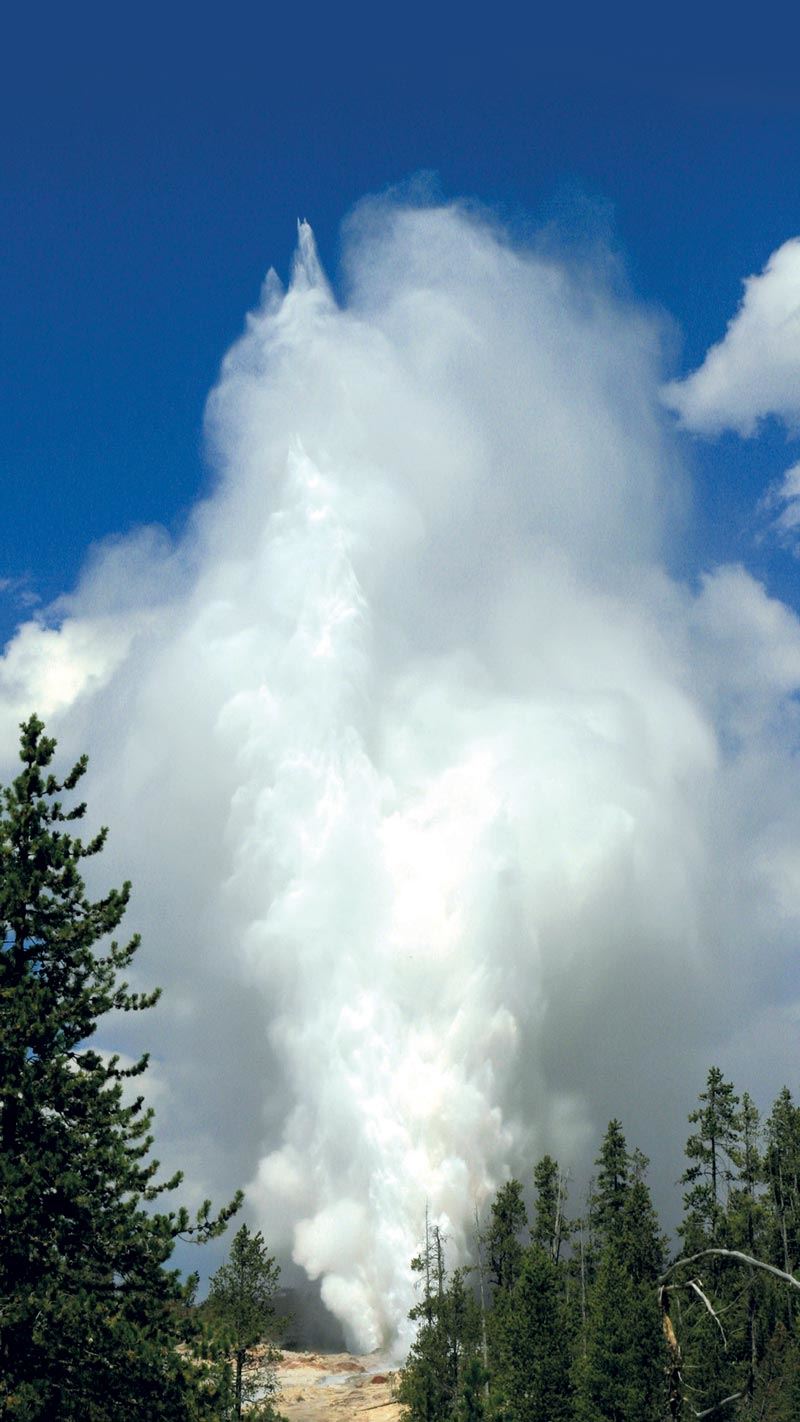 Wikimedia CommonsFor the first time, geoscientists from the University of Utah and Yellowstone National Park, USA, have mapped the interior of the world’s most powerful geyser. Steamboat, as it is known, is capable of producing jets of steam and scalding water up to 110 meters high, twice as high as Yellowstone’s most famous geyser, Old Faithful. Unlike Old Faithful, which erupts regularly every day, Steamboat is unpredictable. Its first phase of intermittent activity was recorded in the 1960s, with a second during the 1980s. After that, it only returned to activity in 2018, at which point scientists installed a network of 50 portable seismographs around the geyser to record the seismic waves generated during its eruptions. Analysis of these waves allowed them to create an image of its underground conduits and fractures, which reach a depth of 120 meters, 60 meters deeper than Old Faithful’s conduits (Journal of Geophysical Research, March 7).