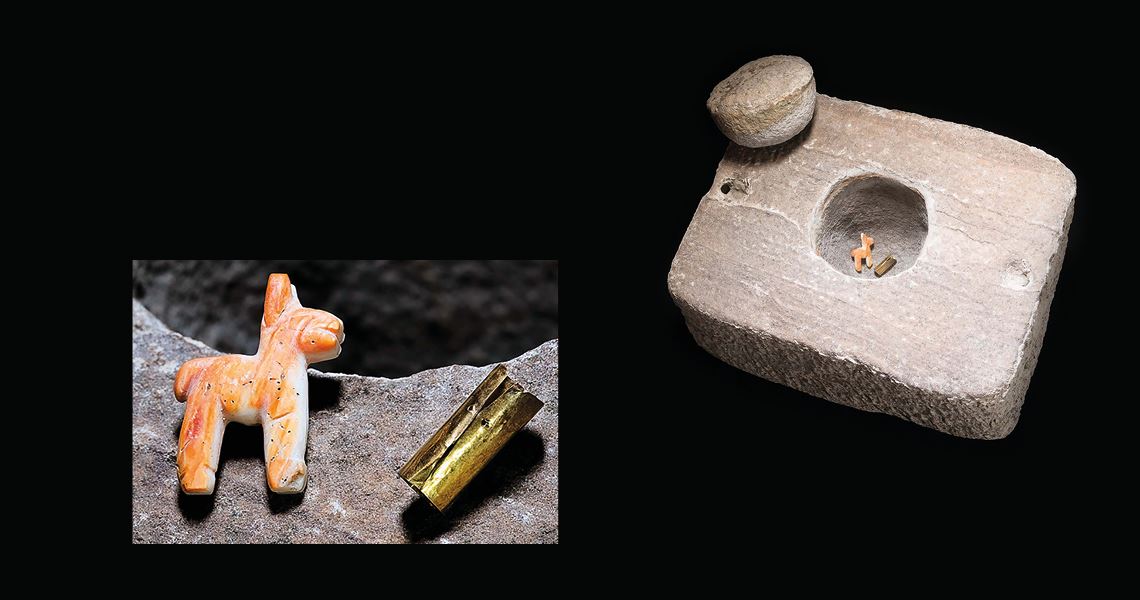 A stone box made of volcanic rock found at the bottom of Lake Titicaca, which lies on the border between Bolivia and Peru, is helping archaeologists from the University of Oxford, UK, and Pennsylvania State University, USA, to better understand the religious beliefs and practices of the ancient Incan Empire that dominated the Pacific coastline and the Andes between the twelfth and sixteenth centuries. The researchers found the artifact near the K’akaya archipelago. There were two objects inside the box: a figurine of what appears to be a llama or alpaca, made from the shell of a rare spiny oyster, and a gold leaf cylinder the size of a paper clip, believed to be a tiny replica of a bracelet worn by wealthy Incas (Antiquity, August 4). The discovery suggests that the Incas considered all of Lake Titicaca sacred, and not just certain areas, such as the Island of the Sun, the birthplace of their ancestors. Various rituals were performed on this island, some including human sacrifices, with blood poured into boxes that were thrown into the lake.