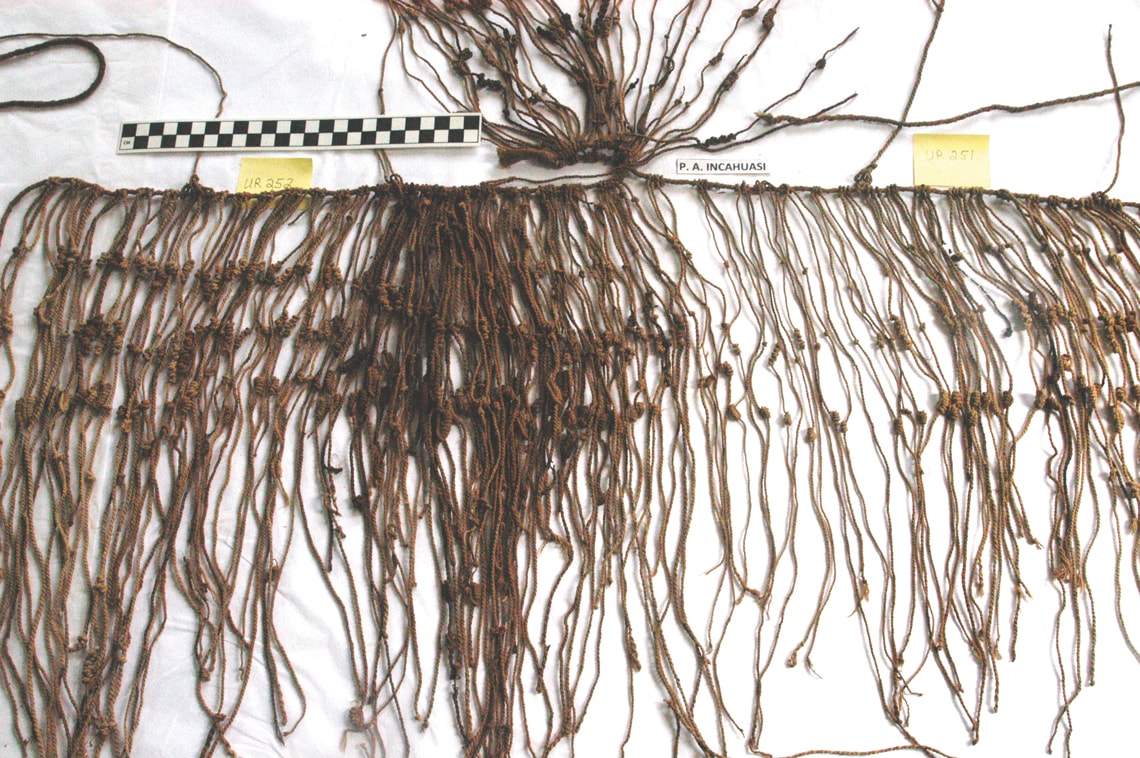 A specific type of quipu—a set of colored knotted strings—may be the first evidence that taxes were collected by the ancient Incan empire, which dominated the Pacific and Andean coast of Central and South America between the twelfth and sixteenth centuries (Latin American Antiquity, March). Archaeologist Alejandro Chu, from the National University of San Marcos in Peru, and anthropologist Gary Urton, from Harvard University in the USA, studied about 30 quipus found in Inkawasi, an archaeological site in southern Peru where Incans once stored agricultural produce—the strings were all buried beneath ancient stacks of pepper, peanuts, and black beans. According to the researchers, the knotted strings were used to record one large value, interpreted as the total stored produce, and a fixed lower value, thought to represent the amount of tax to be paid by the farmer. A third number was also recorded, which, when added to the tax, results in the original large number. Chu and Urton also offered an alternative hypothesis that the fixed value coded in the quipus could have represented amounts of seeds set aside for the next year’s crop. For now, however, they argue that the number appears to be a tax value.