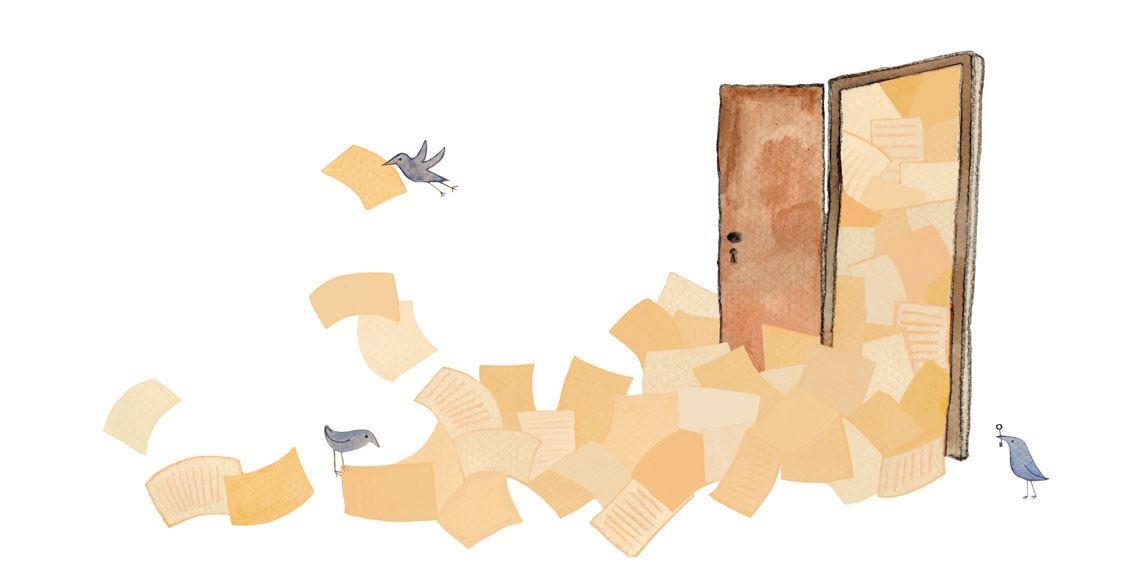 Institutional repositories—large digital archives used for storing and disseminating the research output of a university—are beginning to gain traction in Brazil. São Paulo State University (UNESP), for example, set up a repository in 2013 that currently holds archived copies of 39,800 open-access articles (40% from research projects receiving FAPESP funding) and 37,000 restricted-access papers. Flavia Bastos, who manages the libraries and repository at UNESP, says the institution’s efforts are starting to pay off. “Our research is now more visible, and repository articles are now easier to locate using search engines like Google,” she says.

UNESP has created a system for automatically harvesting and archiving researchers’ articles after confirming authorship. “We also check for journal restrictions and make sure archived copies are compliant with those restrictions,” she notes, referring to UNESP’s use of the Sherpa/RoMEO website —a service that shows the open-access and self-archiving policies of journals and publishers. The university is currently developing the functionality to archive preprints and raw research data.

The University of Campinas (UNICAMP) has amassed more than 155,000 documents in its institutional repository since 2015 and has logged approximately 7.8 million downloads in that time, including 1.4 million downloads by foreign users. “We have also created a Journal Portal at the UNICAMP that provides a one-stop, open-access source for the university’s full suite of publications,” says Valeria Martins, who manages the library system.

The Federal University of São Paulo (UNIFESP), which has scholarly articles spanning five years in its repository, is launching a new strategy to expand its current collection of 24,500 open-access articles (of which 21% were produced as part of FAPESP-funded research programs), 11,000 master’s dissertations, and 7,000 doctoral theses. Within the year, researchers will be given the option to deposit documents into the repository themselves; currently, items are automatically harvested and archived. “Repositories are an important platform for faculty to showcase their work and for universities to report their research,” says Maria Eduarda dos Santos Puga, who oversees the library network at the UNIFESP.

Large universities maintain well-organized repositories that play an important role in centralizing and disseminating their scholarly output and storing their research data. The University of São Paulo (USP) has recently introduced incentives for researchers to archive copies of the articles and documents they author in a repository operated by the USP Agency for Academic Information Management. The goal is to make the knowledge generated by the university freely accessible on the web. Jackson Bittencourt, the agency’s technical director and a researcher at the Institute of Biomedical Sciences (ICB), says the initiative will support researchers in making their articles promptly available for download, preferably immediately after publication. Such rapid publication is often prevented by some journals’ embargo policies. “We want USP researchers to become more familiar with open access,” says Bittencourt.

The USP has 20% of its available research archived in an institutional repository, where users have access to 32,000 theses and 47,000 dissertations. Many of the articles authored by researchers affiliated with the institution are published in a collection of 183 journals produced by USP institutes and schools, containing 90,000 open-access papers. However, the university’s open-access policy is fairly recent, and only 41,600 papers by USP authors that have been published in other journals are currently available in the repository. The institution hopes to expand its collection of deposited articles through a hassle-free process for authors. “If a researcher indicates that a paper has been published, we will have digital functionality in place to automatically obtain and archive a copy,” says Bittencourt.

Open access routes
Creating repositories is among the avenues available in the open-access movement, an effort to provide free online access to scholarly publications. Open access has two primary pathways. The first is the gold road, in which publishers provide access to articles as soon as they are published, at no cost to readers; in most cases, the costs are defrayed through article processing charges (APCs) paid by either the researchers themselves or agencies/universities. Most open-access journals in Brazil do not charge APCs. The second pathway is the green route, in which researchers self-archive a copy of an article originally published in a closed journal—either the final, reviewed manuscript or a preprint. The two pathways are mutually supplementary: an author who cannot afford to publish open access can choose a closed journal that permits the depositing of his/her paper in a repository, making it open access.

The gold route has gained momentum in recent years as publishers increasingly incorporate this pathway into their business models. “The green pathway is very much dependent on public and institutional policies putting pressure on researchers to self-archive their work,” says Abel Packer, head of the open-access journal library SciELO Brasil. The use of repositories has seen global expansion in recent years, driven by a move by funding agencies, such as the National Institutes of Health in the US, to require researchers who receive funding to deposit copies of the articles they publish into a repository. “The move has in some cases been met with resistance from researchers, who choose to publish in open-access journals, fearing that citations to articles deposited in repositories will not be aggregated into official statistics. This can be avoided by including a reference to the final version of the published article in the manuscript available in the repository,” says Packer.

FAPESP has recently updated its open-access policy to require authors of research papers deriving from Foundation-funded projects and grants to either publish them in open-access journals or allow them to be archived in a public repository. The policy puts no constraints on researchers’ freedom to publish in a journal of their choice, nor does it require publication in open-access journals, with or without APCs. Authors who choose to deposit their articles in an institutional repository must do so as soon as the paper is accepted for publication or as otherwise permitted by each journal’s restrictions. “We recommend that university libraries instruct authors to notify them by digital means whenever a paper is submitted and to promptly submit a copy of the preprint or postprint along with bibliographic details,” the Foundation’s scientific director, Carlos Henrique de Brito Cruz, told Agência FAPESP. “The library handles the process from there, depositing the version permitted by the publishers into the repository.”