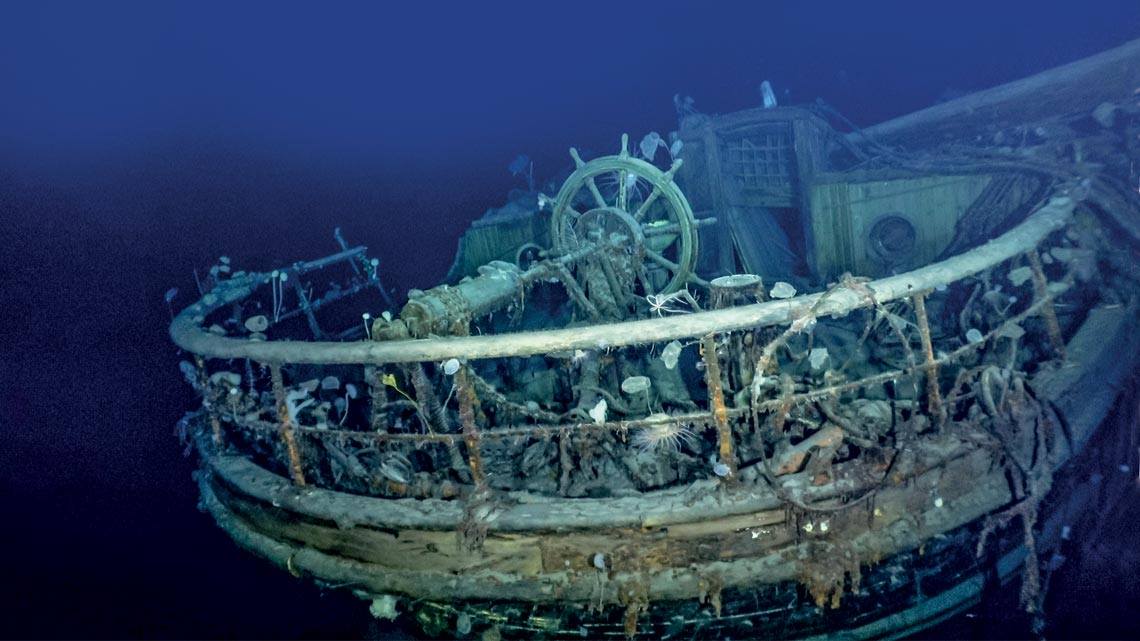 The stern of the Endurance, submerged since 1915

In March this year, after a failed attempt three years ago, a group of 64 researchers found the Norwegian ship Endurance, which sank in Antarctica in November 1915. The vessel was 3,008 meters below the surface and 6.5 kilometers south of the position recorded at the time it sank. The expedition, led by geographer John Shears, was successful because the sea ice that permanently covers the area was at the lowest levels on record. The sailing ship was completely intact. None of it has been retrieved because it is a protected monument under the Antarctic Treaty. Endurance departed the island of South Georgia in December 1914 with a crew led by Anglo-Irish explorer Ernest Shackleton (1847–1922), who planned to cross the icy continent via the South Pole. Two days into the expedition, the Endurance encountered an ice barrier and the crew was stuck for nine months until the pressure of the ice caused the ship to sink. They rowed to a nearby island, from which they were later rescued (The Guardian, March 9, Endurance22 website).