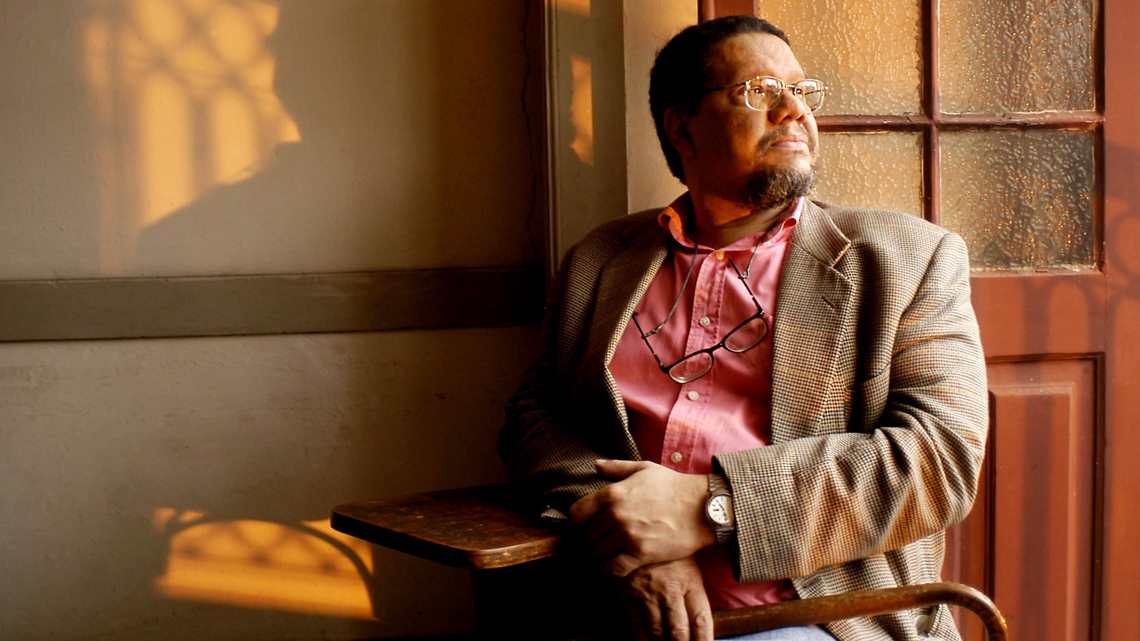 Demonstrating that the transatlantic slave trade was controlled by merchants living in Brazil and analyzing the role of enslaved people in the education of their own families were part of the main contributions of the studies of Manolo Garcia Florentino, a retired professor from the Institute of History at the Federal University of Rio de Janeiro (UFRJ). He died in Rio de Janeiro on March 12, at the age of 63, after heart attack. He is survived by his wife, Cacilda Machado—also a retired UFRJ professor—and his daughter, Maria.

Born in Espírito Santo in 1958, Florentino obtained his undergraduate degree in history from Fluminense Federal University (UFF), and his master’s degree from the College of Mexico (COLMEX) in 1985. He got his PhD from UFF in 1991, under the direction of Ciro Flamarion Cardoso (1942–2013). In 1988, he joined the UFRJ History Department, now called the Institute of History, from which he retired in 2019. In 2009, Florentino received the National Order of Scientific Merit, and from 2013 to 2015, he was chairman of the Casa de Rui Barbosa Foundation.

“Florentino, his students, and colleagues provided a fundamental understanding of slavery and the internal slave trade in Rio de Janeiro,” explained US historian Herbert S. Klein, from Columbia and Stanford Universities in the United States, in an email interview given to Pesquisa FAPESP. According to Klein, who studies slavery in Latin America and the Caribbean, Florentino’s most important achievement was exploring local archives to reveal how the system worked. “Along with the new schools of historical research developed in Bahia, Rio Grande do Sul, and São Paulo, his efforts turned Brazil into the world’s leading center for the study of the history of American slavery.”

UFRJ historian João Luís Ribeiro Fragoso recalls Florentino’s key role in revising Brazil’s historiography by maintaining, throughout his studies, that the country’s economy was not limited to agricultural exports to European metropoles. In his first book, Em costas negras – Uma história do tráfico de escravos entre a África e o Rio de Janeiro (séculos XVIII e XIX) (On the backs of Blacks – A history of the slave trade between Africa and Rio de Janeiro [eighteenth and nineteenth centuries]) (Brazilian National Archives, 1993), Florentino shows that the slave trade, at the end of the eighteenth century and the beginning of the nineteenth century, was controlled by merchants that lived in Rio de Janeiro. “This means that, even as a colony of Portugal, Brazil’s economy did not depend solely on its relations with that country,” explains Fragoso. The book defends that slavery—which Florentino calls “soul trade”—endured in Brazil not solely due to the interests of European capital in the international market. “Until the 1980s, Brazil was described as dependent and obedient toward what were, at the time, central economies in the Atlantic slave trade. Florentino questioned Brazil’s active role in prolonging slavery,” points out Fragoso.

Together with Fragoso, Florentino published O arcaísmo como projeto (Archaism as a project) (Diadorim Publishing, 1993), which changed the way we perceive the context of the Atlantic trade, agricultural society, and the merchant elites. The book questions the work of historian Caio Prado Júnior (1907–1990) and economist Celso Furtado (1920–2004), who both perceived Colonial Brazil to be entirely dependent on the Portuguese metropole and with no internal market.

Florentino was one of the first to conduct research on enslaved families, resulting in the publication of A paz das senzalas (The peace of the slave quarters) (Civilização Brasileira Publishing, 1997), written with José Roberto Góes from Rio de Janeiro State University (UERJ). The book describes enslaved peoples and their leading role in the education of their own families, illustrating how they reacted to daily situations in search of better living conditions. Florentino was also one of the creators of the Slave Voyages database, which provides information on approximately 35,000 slaving expeditions that occurred between 1514 and 1866.

According to historian José Inaldo Chaves Junior, from the University of Brasília (UnB), Florentino and his contemporaries analyzed a vast number of documents—from parish and ecclesiastical archives to slavery ship listings, wills, and inventories—and scrutinized colonization “from the inside,” seeking to find the names and faces of its main participants. “He was directly involved in the consolidation of Africanist studies in Brazil, emphasizing how crucial they are to understanding Brazilian society itself,” explains Chaves Júnior.

Historian Hebe Mattos, from the Federal University of Juiz de Fora (UFJF), shares that she met Florentino during her undergraduate studies in history at UFF, and that they later became PhD classmates. “Our academic encounters at the beginning of our careers were, for me, both foundational and absolutely memorable,” she recalls. Mattos believes that, by framing the slave trade as an object of research, considering the historical particularities on both sides of the Atlantic, Florentino launched a research agenda that never ceased to unfold into new approaches and perspectives in Brazil, Africa, and in world history.